The global response to the COVID-19 pandemic has reinforced the critical role that science and research play in protecting human health. Members of Pew’s biomedical research community—now made up of more than 1,000 scientists since the program began in 1985—have dedicated their careers to innovative projects designed to better understand complex problems and find groundbreaking solutions. This past year has been no exception.

For example, one Pew scholar has focused her work on how immune interactions drive the evolution of the flu virus—with the goal of developing a universal vaccine. Another is working to uncover potential new cancer therapies. And two Latin America fellows are exploring mechanisms to fight plant disease, which could help boost global food security. Read more about these research discoveries below.

In June, 37 early-career researchers from across the United States and Latin America will join Pew’s network and continue a legacy of pushing scientific boundaries.

The evolution and spread of old and new viruses, including the novel coronavirus SARS-CoV-2 that causes COVID-19, are top of mind for scientists and policymakers alike, making the ability to develop effective vaccines critically important. Marta Łuksza, a 2019 Pew biomedical scholar, is exploring how immune interactions drive the evolution of the flu virus and developing models and software tools to determine a virus’s fitness advantage—the conditions under which a virus escapes an immune response.

Łuksza also aims to develop a universal flu vaccine, which would target parts of a virus that do not change or mutate over time. This work has the potential to cover many more strains of the flu virus and save thousands of lives each year.

Global food security—that is, access to sufficient supplies of nutritious and affordable food—has become an increasingly important concern for scientists. Disease-causing pathogens can wreak havoc on plants and essential crops, causing annual crop production losses of as much as 20% to 40%.

In response, two current Latin American fellows, María Florencia Ercoli of Argentina and Fausto Andrés Ortiz-Morea of Colombia, are exploring how pathogens attack plants and how plants fend off such attacks. Their work will help lead to the development of disease-resistant crops and ultimately help feed a growing world.

Venture capitalists are turning to members of the Pew biomedical network in search of the next great investments. Harnessing the power of the gene-editing technology CRISPR, Agnel Sfeir, a 2014 Pew-Stewart scholar and 2019 Innovation Fund investigator, co-founded Repare Therapeutics. The company is working to pinpoint new cancer targets for precision oncology—a treatment approach tailored to an individual’s form of cancer. Sfeir and fellow researchers are working to identify genetic vulnerabilities and develop drugs that are lethal to cancerous tumors.

Meanwhile, Roberto Zoncu, a 2014 Pew-Stewart scholar, is working to discover new drugs that combat cancer-causing proteins—even those previously considered “undruggable” because they could not be targeted pharmacologically. In June 2019, Zoncu co-founded Frontier Medicines, which is using machine learning and chemoproteomics, an approach for mapping small molecule-protein interactions, to identify new therapies. With their work in the preclinical stage, Zoncu and his partners are preparing their lead drugs for clinical trials and hope to eventually target up to 90% of the cancer-causing proteins that drive human disease.

Over the past year, numerous Pew scholars have been recognized for their contributions to help revolutionize health. David Julius, a 1990 Pew biomedical scholar and advisor to Pew’s Innovation Fund, received the Breakthrough Prize in Life Sciences for his work uncovering the molecules, cells, and mechanisms underlying pain. Julius studies how humans experience heat, cold, inflammation, and injury, and his work has helped doctors better understand pain, an important step in developing non-opioid pain treatments.

Similarly, Vanessa Ruta, a neuroscientist and 2012 Pew biomedical scholar, was awarded a MacArthur Fellowship to continue her research examining how fruit flies learn to associate specific odors with a punishment or reward. Ruta’s work will help scientists better understand the relationship between instinctive and learned behaviors and how the brain enables people to adapt to changes in their environments.

Researchers at Harvard University, including Ya-Chieh Hsu, a 2017 Pew biomedical scholar, have shown that stress really does play a role in turning hair gray. Their study, published in Nature, revealed that the chemicals released by the sympathetic nervous system—which directs the body’s fight-or-flight response when under stress—can cause permanent damage to melanocyte stem cells in hair follicles.

After observing this pattern in mice, Hsu’s team demonstrated that humans experience a similar hair-graying process. These findings may help scientists better understand how stress affects the body and ultimately how to combat its detrimental effects. 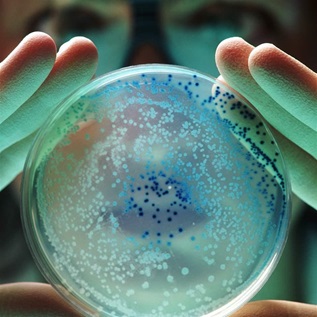 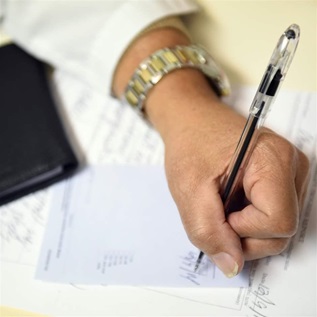