The practice of dentistry needs radical reform worldwide to better serve more people and less affluent communities, according to a two-part series of reports in The Lancet, a leading international medical journal.

In their writings, the researchers from 10 countries say that the profession continues to be more focused on treatment than prevention and has become increasingly inaccessible for lower-income populations. The two pieces are entitled: “Oral diseases: a global public health challenge” and “Ending the neglect of global oral health: time for radical action.”

The authors, led by Richard Watt, a dentist and chair of dental public health at University College London, write that current dental care delivery systems cannot adequately address what has become a global epidemic, and that increased use of midlevel providers—such as dental therapists—is among the solutions that can help address acute workforce shortages and access challenges.

Oral health problems have substantial health, social, and economic consequences. Dental disease that goes untreated can lead to pain, infection, difficulty eating, poor nutrition, and overall poor quality of life. Dental pain and subsequent treatment frequently result in lost productivity and income because of missed work. For children, it often means school absences, which can take a toll on academic performance and exacerbate social inequalities. According to the Lancet series, global dental diseases accounted for $356.8 billion in direct treatment costs and $187.6 billion in indirect costs, such as lost productivity due to missed school and work, in 2015.

In lower-income countries, underdeveloped dental care systems and high costs act as barriers to access for the majority of people. Most nations do not invest adequate resources into oral health to remedy these inequalities. The predominant models of care focus on intervention and treatment—rather than prevention and health promotion—and do not address the underlying social determinants that drive dental disease, the articles show.

Of the oral diseases that affect billions of people around the world, the highest public health priorities include dental caries (tooth decay), periodontal (gum) disease, and oral cancers. Despite its largely preventable nature, untreated dental decay in permanent teeth is the most common global health condition, according to the most recent data. More than a third of people worldwide grapple with these issues, and the occurrences are increasing in many low- and middle-income countries.

The researchers note that severe gum disease was the sixth-most prevalent overall health condition as of 2010, affecting more than a tenth of the world population, and, as of 2018, oral and lip cancers were among the top 15 most common cancers.

Dental disease disproportionately affects low-income and socially disadvantaged groups. That’s because oral health is linked to socioeconomic status and the broader social determinants of health, including diet, education, physical environment, and access to health care. Research shows that in highly developed countries, those with less education and lower socioeconomic status tend to have more cavities.

Similar patterns show a link between socioeconomic status and gum disease and oral cancers. These problems are more acute among the most marginalized groups, including the homeless, the incarcerated, people living with long-term disabilities, refugees, and indigenous peoples. For example, 68 to 90 percent of indigenous children around the world experience early childhood decay, even in higher-income countries.

The practice of dentistry has not successfully tackled this global epidemic. The Lancet pieces include recommendations for change, including substantial restructuring of dental care delivery systems. Although the medical field has evolved to use wide-ranging professional teams to deliver care, dentistry continues to foster a model in which dentists work and treat in isolation, often as sole practitioners responsible for diagnosing disease and providing treatment.

According to the researchers, these services can be delivered in a more efficient and cost-effective manner through collaboration with a large midlevel workforce that includes dental assistants, hygienists, and dental therapists, all of whom have skills that can complement those of dentists.

Dental therapists, for example, have practiced around the world in more than 50 countries for nearly a century. In the United States, The Pew Charitable Trusts supports efforts to allow, expand, and implement the authorized use of dental therapists. Today, they are authorized to practice in some form in 12 states. These midlevel practitioners can perform basic restorative treatments, previously done only by dentists, such as providing fillings and stainless-steel crowns. 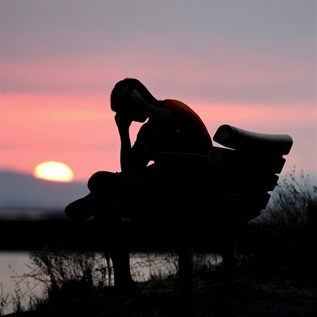