For many Americans, the workday doesn’t end when they leave their jobs. Millions of employees struggle to balance job responsibilities with the need to care for an aging or ill family member. At the same time, employers are recognizing the impact of caregiving demands on their businesses as they confront challenges attracting and retaining talent in a competitive job market.

Building flexibility into work schedules can help employees stay in the labor force, which is critical to their economic stability. It also can help employers recruit and retain the people they need.

The nation’s economy has seen strong growth since the Great Recession, but many people are still struggling to balance work and family needs. The Pew Charitable Trusts in 2018 interviewed employees and employers in eight cities and three rural areas across the country. The employees’ households had total incomes of no more than $75,000 a year.

The qualitative analysis provides insights into common economic challenges. In the interviews, many employees spoke about the need for workplace flexibility to care for relatives.

“I would get [my father] in bed at night, get a little bit of sleep, go in [to work] really early the next morning, get started at work, then leave and get home in time to get him out of bed until the [other] caregiver got there,” recalled a grocery store manager in Nashville whose father had a stroke.

In 2013, an estimated 40 million family caregivers provided about $470 billion worth of unpaid care. According to the National Alliance for Caregiving, 6 in 10 caregivers in 2015 reported being employed while providing care. On average, caregivers with jobs work 34.7 hours per week while also providing assistance at home.

This need is growing because Americans are living longer. According to estimates by the U.S. Census Bureau, by 2030, more than 1 in 5 people will be at least 65—an almost 41 percent increase since 2012. The U.S. Department of Health and Human Services estimates that about 70 percent of those who reach 65 will eventually need some form of direct care support for an average of 3.5 years.

In the interviews, several employees said the need for continuous unpaid care for a relative over months or years had forced them to temporarily or permanently leave the workforce. An employee in Seattle, for example, said he quit his retail job to care for his mother full time rather than work overtime to hire a caregiver.

Nationally, 68 percent of caregivers report making work accommodations because of caregiving, according to AARP, and 1 in 5 said they had left the workforce early. Such tradeoffs can lead to reduced job security and lower Social Security payments, employment benefits, and private retirement savings.

Employees spoke of the financial difficulties of balancing their jobs with caregiving. Although caregiving needs vary, the costs often exceed what families can afford. Unforeseen expenses such as medical bills or specialized care can also create financial shocks.

A man in Nashville, Tennessee, who worked for an electronics company said he accrued significant debt after his father had a stroke. Then his mother received a cancer diagnosis.

“[Her illness] added more debt,’’ he recalled. “And then I finally lost her too. So yes, the financial situation went downhill.”

Caregivers said access to flexibility at work can help them balance responsibilities. Employers have adapted to these needs by accommodating schedules, allowing telework, or offering paid or unpaid time off.

A woman in Minneapolis, for example, said she depleted her paid time off to provide care for her mother and was forced to occasionally take unpaid leave. Her manager allowed her to take the time, indicating that although she would not be paid, she could have her job back.

Employees said that flexibility helped them manage caregiving responsibilities without having to give up their jobs or reduce their hours. They also felt greater loyalty to their employers—even in jobs with less competitive wages or benefits.

Employers have become more aware of the impact of employee caregiving on their businesses. Many are seeing increased absenteeism, talent loss, and decreased productivity. One study estimates the cost to U.S. businesses from family caregiving at over $29 billion per year.

Some employers said flexible work policies help retain employees and manage staff levels. “Even though my pay may not … match [a local large company], the benefits and the flexibility and those things become my competitive advantage,” said the owner of a software company in Omaha, Nebraska.

Employers said prospective employees often ask about flexible work schedules and opportunities to telework. A manager from a dental nonprofit company in Philadelphia said an employee survey showed that flexibility was more important than pay or other benefits for the firm’s employees.

Employees and employers said flexibility can help caregivers manage competing priorities without sacrificing financial stability. As the population continues to age, strategies to balance work and care, such as greater flexibility, will become essential to navigating the modern workplace. They can help employees to achieve financial stability, and employers to attract and retain talent.

Karen Kavanaugh is a director and Abigail Lantz is an associate with The Pew Charitable Trusts’ project on financial security and economic mobility. 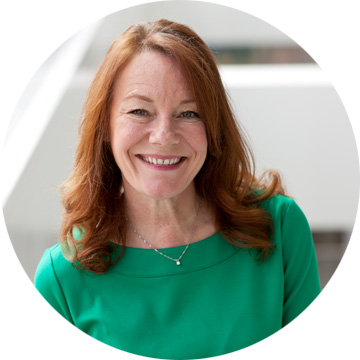 Sign up for email updates on our financial security and mobility research, facts, events, and initiatives.