In French Polynesia, a Chance to Protect Ocean and Culture

A healthy ocean is essential to all life on our planet, and nowhere is this more evident than island and coastal communities, where residents have a deep connection to—and reliance on—their marine environment. But as in the rest of the world, the seas of the Pacific islands are under threat from habitat destruction; overfishing; illegal, unreported, and unregulated fishing; climate change; ocean acidification; marine debris; and the impacts of coastal development.

To help counter that, French Polynesia could soon follow a host of other countries that have designated large marine protected areas (MPAs)—a proven mechanism for restoring ocean health. In the past five years, more marine protected areas have been created than during any other period of human history, with Chile, Mexico, the United Kingdom, and the United States among the countries leading an ambitious conservation push that has safeguarded several million square kilometers of ocean.

The waters around French Polynesia’s Marquesas Islands could be next. Last June, CODIM, the acronym for a council of Marquesas mayors, formally proposed that the French Polynesian government create a 430,000-square-kilometer (166,000-square-mile) MPA that would prohibit industrial commercial fishing, mining, and other large-scale extractive activities but allow artisanal fishing—from boats less than 12 meters (40 feet) long—within 50 nautical miles of the island. This proposal would allow an emerging longline tuna fishery to continue outside of the protected area.

The Marquesas Islands, one of the five archipelagoes that make up French Polynesia, are home to 35 species of coral and more than 550 fish species, including 26 species of shark and ray. The archipelago also is a major spawning area for bigeye tuna, which are classified as Vulnerable on the International Union for Conservation of Nature’s Red List of Threatened Species.

These waters hold deep cultural importance and have a special place in the hearts of Marquesas islanders, who have a long-standing commitment to protect their seas. The MPA proposal is grounded in several scientific and cultural analyses conducted by the French Polynesian and French governments.

At the request of the Marquesas community, the Federation of the Polynesian Environmental Associations, a local nonprofit organization known more commonly as FAPE that strives to protect the marine environment of French Polynesia, with support from the Pew Bertarelli Ocean Legacy Project, assisted with the Marquesas MPA proposal. CODIM has tentatively named the protected area Te Tai Nui a Hau, which means “the big peaceful ocean” in Marquesan.

CODIM, with support from the local island communities, has been advocating for a large MPA in the Marquesas Islands since 2012. That persistence led French Polynesian President Édouard Fritch to commit to the creation of a marine managed area in all of French Polynesia’s waters in 2016. By formally designating the Marquesas MPA, which would be within that area, the government would take a big step toward fulfilling that commitment.

In collaboration with the mayors and communities of French Polynesia, Pew Bertarelli Ocean Legacy is working closely with fishermen, scientists, and environmental organizations to help the people of the archipelago conserve the natural resources that have sustained them for centuries.

Jérôme Petit is the director and Donatien Tanret is an officer with the Pew Bertarelli Ocean Legacy Project’s French Polynesia campaign. 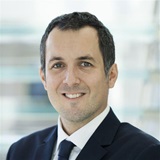