The Pine Tree Development Zones (PTDZ) program is one of Maine’s primary economic development tools. But when analysts in the state Legislature’s Office of Program Evaluation and Government Accountability (OPEGA) studied the program in 2017, they identified a potentially serious flaw: A business could take advantage of various tax incentives for up to two years merely by promising to create jobs. Then, even if it did not create any jobs after that time, the company would not have to return any of the benefits.

The evaluation helped the Legislature fix this flaw. In 2018, lawmakers passed a reform that required businesses to prove they had created at least one eligible job before they could receive benefits.

As the Maine revision shows, routine evaluations can help states make tangible improvements to tax incentives. Research by Pew shows that states should:

In 2018, states continued to make progress in each of these three areas.

The Massachusetts law calls for a newly established tax expenditure commission to review every tax credit, exemption, and deduction at least once every five years and publish evaluations on a subset of these programs biennially. The commission includes members of the executive and legislative branches and is chaired by a representative of the state Department of Revenue. Lawmakers allocated additional funding to the department to implement the law, part of which could be used to conduct formal analyses to inform the commission’s work.

Under Michigan’s legislation, the state will hire a contractor to lead the state’s evaluations of economic development incentives. These reviews are important because Michigan has made major commitments, such as the $618 million awarded for development projects in Detroit in 2018 under the state’s Transformational Brownfield Plans program. Michigan’s approach also requires analysis of incentives targeted toward a single project, borrowing a promising practice from Minnesota.

In 2018, several jurisdictions, including Colorado, Rhode Island, and New York City, published their first examinations of tax incentives under recently adopted evaluation processes. Each of these studies included key components of high-quality evaluations. Critically, the analyses typically start with an effort to determine the specific goals of each incentive. In the first report released under New York’s new evaluation law, the Independent Budget Office examined the history of two programs and found that the incentives were designed to boost commercial occupancy rates, a conclusion that informed the broader review.  The report determined that vacancy rates in areas eligible for the programs had followed similar trends in areas that were not eligible, which called their effectiveness into question.

High-quality evaluations measure economic impact as well, in part by estimating the extent to which the programs successfully influence business behavior. For example, the Rhode Island Department of Revenue’s Office of Revenue Analysis analyzes the results of an incentive based on hypothetical scenarios ranging from the possibility that it influences business behavior 100 percent of the time to it having no influence, rewarding companies for doing what they would have done anyway. This approach helped the state draw conclusions about the effectiveness of the state’s incentives. For example, the evaluation of the Motion Picture Production Tax Credit showed that even under the most optimistic scenario, the tax revenue gained from the additional economic activity would never match the cost of providing the credit.

Policymakers are best served when evaluations include clear findings and recommendations. Colorado’s Office of the State Auditor’s first evaluation under the state’s 2016 law included ideas on how lawmakers could improve incentives. Among those were recommendations to eliminate outdated and underused provisions or to clarify eligibility criteria.

When policymakers have high-quality evaluations, they use them. In some cases, that means ending incentives that are performing poorly. In Connecticut, the Department of Economic and Community Development recommended eliminating a manufacturing tax credit because it did not generate enough economic benefit to justify its cost. Last June, policymakers agreed, enacting legislation to sunset the incentive.

States are also working to make incentives more effective. According to Florida’s Office of Program Policy Analysis and Government Accountability, economic development officials have made substantial administrative improvements to the state’s sports and entertainment incentives in response to the office’s evaluations. For example, local sports commissions now provide the state with hotel night data to demonstrate the number of out-of-state visitors who attend athletic competitions. This additional documentation helps verify that the commissions are eligible for state grants, which are contingent on the economic impact of the events.

Evaluations also have had a significant impact in Maine, where, in addition to the PTDZ changes, lawmakers reformed two other incentives based on OPEGA evaluations, including the Major Business Headquarters Expansions Program, which lawmakers had created just a year earlier. To ensure the program was well-designed before launch, policymakers had asked OPEGA for an assessment. The resulting study recommended strengthening reporting requirements for participating businesses and ensuring that a clear process exists for recapturing tax credits, if needed. The Legislature then passed a bill to implement the recommendations.

These examples show these evaluations have an impact. They can ensure public spending is accountable by highlighting strategies that work and recommending improvements to strengthen the administration and effectiveness of economic development incentives. 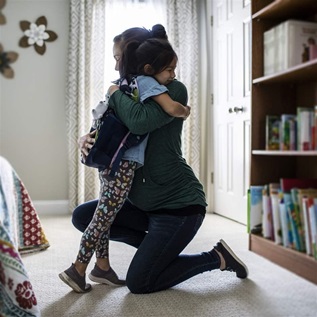