In honor of International Women’s Day Friday, The Pew Charitable Trusts is working to draw attention to the vital roles women play in the maritime sector, which includes commercial fishing, shipping, naval engineering, and much more.

Traditionally seen as a man’s space, the sector also employs legions of women who toil every day and are paving the way for other women to thrive in the maritime sphere. Thankfully, these women are beginning to garner the recognition they deserve: “Empowering Women in the Maritime Community” is the theme for this year’s World Maritime Day on Sept. 26.

Women make up a significant part of the world’s fisheries workers, helping to both support the livelihoods of more than 120 million people and provide food for more than 1 billion people worldwide. And yet women often perform these integral roles in harsh conditions and for pay that is far below what men receive for the same jobs.

One persistent threat to safety, security, and livelihoods of women in fisheries is illegal, unreported, and unregulated (IUU) fishing, which exploits fish stocks, undermines law-abiding fishers, and is particularly detrimental to fish-dependent coastal communities in developing countries. Women often make up most of the fish processors in these locations, and the large-scale loss of fish through IUU activity affects the entire value chain, including the female workforce and their dependents. Taken together, these facts point to the urgent need for updated policies throughout the seafood supply chain; any effort to achieve that should include a gender analysis to ensure the fair treatment of women.

Here are five facts about women in maritime:

By shining a spotlight on gender inequality, Pew is hoping to drive holistic policy advancements that will improve the lives of the women around the world who help so many maritime industries thrive. 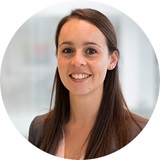 The journey of seafood from hook or net to plate is often long and complicated. The fish meal and surimi (fish paste) sectors are no exception. Fish are caught at sea and then dried, processed, and ground—often in multiple locations—before they end up as farmed fish, animal feed, fish oil capsules, or fish paste used for products such as crabsticks or sushi.

To support efforts to end illegal fishing, The Pew Charitable Trusts advocates for the harmonized implementation of three international agreements that seek to make it more difficult for unscrupulous operators to exploit gaps in national and regional fishing regulations.

Commercial fishing, even in the best of circumstances, is one of the world’s most dangerous lines of work. Circumstances are sometimes downright treacherous because of weather, the condition of a vessel, a captain’s decisions, or a combination of those factors.