In May, at the World Trade Organization’s headquarters in Geneva, WTO member countries launched the first in a series of meetings aimed at confronting a grave threat to our ocean: fisheries subsidies.

Governments pay an estimated $20 billion per year in damaging types of fisheries subsidies to offset costs such as fuel, gear, and vessel construction. Most of that money goes to industrial fishers, essentially underwriting more fishing than the ocean can support by helping vessels go farther and fish for longer periods and with greater capacity than they would without the financial aid.

This is having disastrous consequences for many fish populations and in some cases harming or threatening habitat and marine wildlife.

The May meeting in Geneva was part of a series of kick-off negotiations towards an international agreement to reduce these subsidies and give fish stocks time to recover. Spurred on by a commitment in the United Nations Sustainable Development Goals to address these subsidies by 2020, WTO members will meet throughout the summer to lay the groundwork for more formal negotiations on an agreement in the fall. Critically, WTO decisions are supported by a dispute resolution and compliance mechanism through which countries can impose trade penalties on noncompliant nations. Given that WTO rules are among the most strongly supported in international law and that the WTO has near global membership, the organization is the best forum for tackling fisheries subsidies.

Although this issue has been on the WTO’s radar since 2001, and member countries have had spurts of progress on several occasions, deadlocks over other issues have undercut these opportunities. The Sustainable Development Goals have provided the political momentum needed to rekindle the debate and, we hope, find a breakthrough. The WTO makes its major decisions at its biennial ministerial conference, and the next one, in December 2019, will be the last opportunity to reach a deal on fisheries subsidies before the U.N. deadline.

Until then, deliberations will go forward in the WTO’s Negotiating Group on Rules, the committee responsible for working out the details of an agreement. Several countries—individually and in groups—have submitted proposals. As part of its spring and summer sessions, the group’s chair, Ambassador Roberto Zapata of Mexico, is pushing participants to synthesize their proposals into a single negotiating text reflecting all the options on the table.

Meanwhile, WTO members are using the thematic summer sessions to grapple with tough questions. For example, under the precautionary management approach, fishing should not be subsidized unless scientists can verify a stock’s sustainability. But how should that apply to countries that lack the capacity to determine which stocks are overfished? And how should the agreement deal with stocks that have not been assessed? WTO negotiators face the challenge of supporting developing countries without allowing exceptions to become so broad that they compromise the outcome.

The hardest work will come this fall, after countries will have completed their thematic discussions and need to start building consensus towards an agreement. Whatever emerges from the Rules Group will be transmitted to the ministerial conference in 2019 for a final decision and, we hope, adoption.

By curbing harmful fisheries subsidies, the WTO can address one of the main global drivers of overfishing and marine environmental degradation. Governments must keep to the commitment they made to meet the Sustainable Development Goals and do everything they can to ensure that these WTO negotiations succeed in 2019.

Elizabeth Wilson is the director of international conservation policy for The Pew Charitable Trusts.

August 3, 2021 Landmark Investment in Our National Parks Is Underway 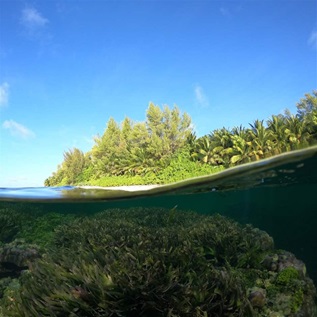 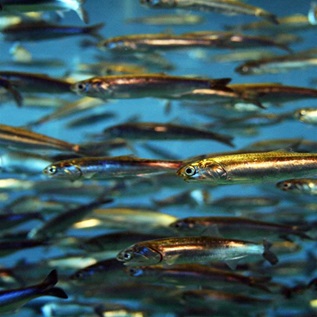