Australia’s Indigenous Protected Areas are like national parks, but they are managed by local Aboriginal peoples, who use a combination of traditional methods and Western science to safeguard their land and culture in collaboration with government. Since 1997, the growth of these areas under the Australian Indigenous Protected Area program, and their beneficial impact on the environment and local communities, has been one of remote Australia’s great success stories.

In late May, the program expanded its reach when the Australian Government said it would fund five new Indigenous Protected Areas on the lands of the Ngururrpa, Ngadju, Spinifex Pilki, Olkola, and Crocodile Islands Traditional Owner groups. These areas are expected to cover nearly 14 million hectares—twice the size of Tasmania—and increases the total land area of Indigenous Protected Areas to larger than the state of New South Wales. The groups will now consult with their communities and, alongside government, develop plans to enhance protections and management of their land and sea country.

The funding boost is a recognition of the success of the Indigenous Protected Areas program over many years. There is widespread and longstanding support for and participation in the program by Indigenous Traditional Owners, and political and public backing generated through the Country Needs People alliance.  The Pew Charitable Trusts is a supporting partner of the alliance, which for years has worked to show decision-makers and the public how Indigenous Protected Areas and Indigenous Rangers benefit all Australians, and how hard Traditional Owners and their representative organisations work for their country.

“We need to show our younger people how to look after the land. We want to have rangers so we can look after the country,” said Katherine Njamme, one of the Traditional Owners of the proposed Ngururrpa Indigenous Protected Area. “I felt happy when I heard about the Indigenous Protected Areas, because we want to take our young people out there and show them where their grandparents and great-grandparents walked the country, keep them out of trouble in town, get them working hard on country, both young men and young ladies.”

Protecting these areas is an essential and growing component of Australia’s 150 million-hectare National Reserve System — the country’s network of formally recognized parks, reserves, and protected areas. Indigenous Australians have managed their country for tens of thousands of years, and many Traditional Owner groups in recent years have established a strong track record of working with government and other stakeholders to manage traditional lands for biodiversity conservation and to address local cultural, social, and economic priorities.

Melissa Price, Australia’s assistant minister for the environment, called the new protected areas “a significant expansion [that] will deliver important biodiversity benefits, including protecting habitat, managing feral pests, and providing connectivity and linkages at the local and landscape scale.”

After the expansion is complete, Australia will have 80 dedicated Indigenous Protected Areas accounting for more than 49 per cent of the National Reserve System's total area.

This announcement represents a lot of hard work by many Traditional Owners and local organisations over many years.  Pew is proud to have worked with each of these five groups as part of the Country Needs People alliance, and we are confident that these groups will successfully manage their new Indigenous Protected Areas. 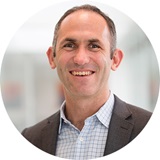