The transition from paper to electronic health records (EHRs) over the past decade marked a critical advance in American medical care, but Congress and the federal agency overseeing health information technology continue to focus on what is known as the usability of these records.

Usability refers to how the records are designed, how they are integrated within health care facilities' workflow, and how they are customized by various institutions. Overall, these digital systems have boosted the efficiency, quality, and safety of health care. But a recent study by MedStar Health, a nonprofit health system that operates in the Baltimore-Washington area, examines how some aspects of usability can have unintended consequences, finding links between the new record-keeping systems and hundreds of events that had the potential to cause harm to patients.

Through their near-universal adoption in the United States, EHRs have increased the information available to doctors and nurses, and safety features such as medication interaction alerts have improved patient care. However, the findings from this research underscore the need to better understand and identify the unexpected safety problems that can arise from EHR use.

Published recently in the Journal of the American Medical Association, the study is one of the first to find an association between the usability of record systems and potential harm to patients. In one example, a doctor noted that the EHR failed to send a drug allergy alert even though the allergy had been documented in the patient's electronic record. The authors identified 557 safety incidents in the database related to the usability of systems and concluded that 14 percent of the errors may have caused temporary patient harm, while 1 percent may have contributed to permanent patient harm.  The study also found that such incidents may have been a factor in two deaths.

The problem, however, could be more widespread than the numbers suggest. These safety incidents come from just two sources: the Pennsylvania Patient Safety Authority and one mid-Atlantic health system.  Also, incidents probably are under-reported because they were entered voluntarily by health care staff; researchers then used an algorithm to identify those events with a high likelihood of being related to use of an electronic system.

Although EHRs have done much to modernize health care, this study shows that the complex interaction between clinicians and technology may contribute to unintended risk or harm to patients. Establishing a national health IT safety collaborative would help identify and resolve challenges associated with system usability. EHR developers, hospitals, government officials, health practitioners, and other key organizations could share data, identify problems, develop solutions, and measure progress.

The ECRI Institute, one of the largest patient safety organizations in the country; the Alliance for Quality Improvement and Patient Safety; the Bipartisan Policy Center; and Pew have developed a shared vision to advance such a collaborative, with the ultimate goal of improving health IT safety and patient well-being.

The Office of the National Coordinator for Health Information Technology (ONC), which oversees these systems, also has an opportunity to address safety concerns in the new voluntary certification criteria being developed for EHRs that are used in the care of children. At present, ONC's health IT certification regulations apply to the testing of EHRs after their development and before implementation to ensure that they are functioning properly, but the process does not include testing to ensure that those functions can be used in a safe way. The criteria being drafted should also require testing EHR functions for safety, for example by ensuring that clinicians can accurately prescribe medication doses based on a patient's weight—an important concern, especially in pediatric care.

The study's finding of possible links between EHR usability issues and potential patient harm underscores the need for more data on these topics. Enhanced testing and a national health IT safety collaborative—made up of vendors, clinicians, hospitals, and other stakeholders—could help fill that information gap and, ultimately, reduce the risk to patients. 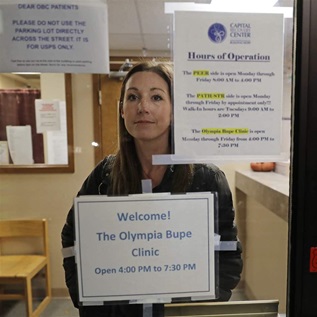 States Can Use Federal Stimulus to Safeguard Fiscal Health