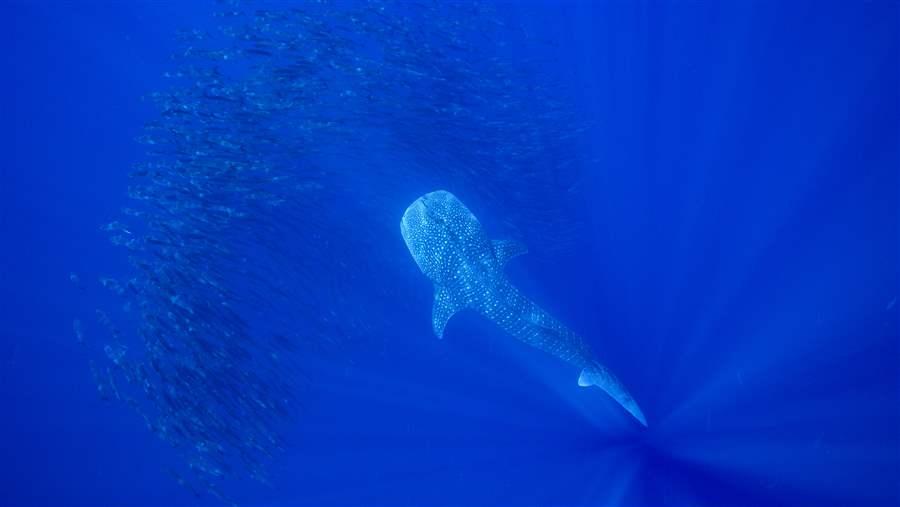 Whale shark tourism is a driving economic force in the Philippines, particularly in the municipality of Donsol. In October 2017, the country led a proposal to ban fishing of all whale sharks across their entire migratory range.

Located at the tip of the Coral Triangle in the western Pacific Ocean, the Philippines is home to more than 200 species of sharks and rays, and declines in their numbers could have negative impacts on marine ecosystems.

It could also affect the economy: Shark and ray dive tourism helps boost local communities throughout the country, with visitors coming from around the world to see whale sharks in Donsol, whitetip reef sharks in the UNESCO World Heritage Site Tubbataha Reefs Natural Park, and thresher sharks in Malapascua.

The Philippines’ government knows the value in protecting sharks and rays—and has a growing track record of successful conservation of these species.

In November 2017, the Save Sharks Network Philippines (SSNP)—a coalition of 25 nongovernmental organizations, dive operators, and related businesses—launched the 2020 Conservation Roadmap for Sharks and Rays in the Philippines. The Pew Charitable Trusts supported the launch, and this blueprint for comprehensive national shark conservation has already spurred the introduction of the Shark Conservation Act, a bill that incorporates science-based fisheries management, trade regulation, and ecosystem protection. In partnership with the Bureau of Fisheries and Aquatic Resources (BFAR), the Marine Wildlife Watch of the Philippines, Save Philippine Seas, and WWF-Philippines, stakeholder consultations were conducted to highlight the need for shark and ray protections in the Philippines. The bill is slated for its first reading in the Philippine Congress in May 2018. 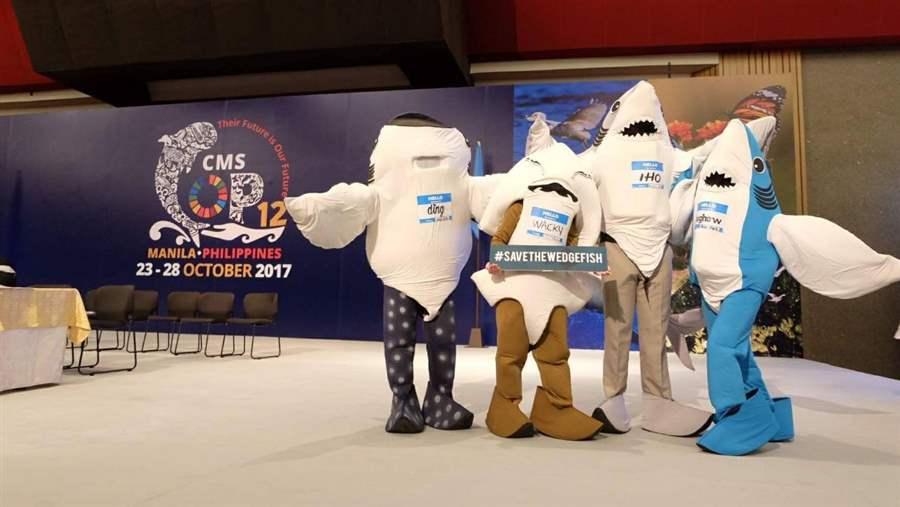 The Sharkada—a costumed troupe consisting of a whale shark, a white-spotted wedgefish, a dusky shark, and a blue shark—roamed the Convention on the Conservation of Migratory Species of Wild Animals meeting in Manila last October to raise awareness of the need to better protect these species’ migratory ranges.

The country is also showing leadership in shark conservation on the international stage. Last October, the Philippines hosted the Convention on the Conservation of Migratory Species of Wild Animals’ Conference of the Parties in Manila, where 124 governments from around the world agreed to provide six species of sharks and rays additional protections over their migratory ranges. The Philippines was a leading proponent, submitting and championing the proposals for the whale shark under Appendix I and for the white-spotted wedgefish under Appendix II.

And most recently, on March 21-22, the Philippines’ Bureau of Fisheries and Aquatic Resources, in conjunction with Humane Society International and The Pew Charitable Trusts, hosted a regional workshop on how countries can best comply with shark and ray trade regulations passed through the Convention on International Trade in Endangered Species of Wild Fauna and Flora (CITES). Over 40 participants attended, including experts and CITES management and scientific authorities from Cambodia, Indonesia, Laos, Malaysia, the Philippines, and Vietnam. Attendees shared best practices from around the world on how to implement CITES measures. They discussed the importance of developing assessments to ensure sustainable trade, known most commonly as nondetriment findings (NDFs), which could include action plans for sharks. Participants were also trained on how to identify the fins of CITES-listed shark species. 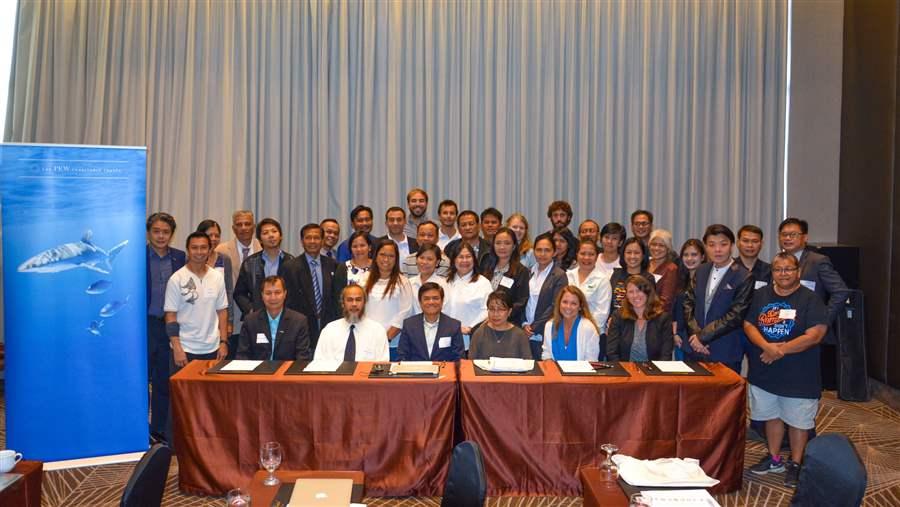 Participants in a regional workshop hosted by the Philippines on how to comply with the CITES shark and ray trade regulations included representatives from five other South Asian countries.

The Philippines’ commitment to protect sharks and rays in its national waters, conserve them throughout their migratory range, and implement international trade regulations exemplifies the regional leadership that is essential to help ensure healthy populations of these species.

Shark and Ray Species Need Protection in the Philippines

There are more than 200 species of sharks and rays found in the waters of the Philippines. These species play a critical role in maintaining the country’s marine ecosystem and are a huge draw for tourists. Yet many are still fished and overexploited, and only a few have received the protections they need to recover.