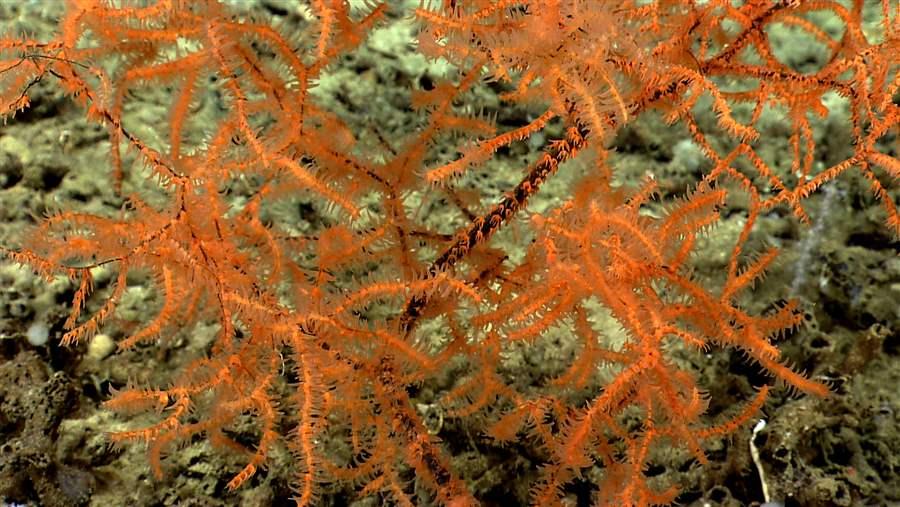 A bush-shaped black coral in the Gulf of Mexico. These animals are named after their black skeletons, which have been used in jewelry.

Deep-water corals, which grow in the cold, dark depths of all the world’s seas, can live hundreds or even thousands of years. This is the second in The Pew Charitable Trusts’ Corals Up Close series. We urge readers to submit comments to the Gulf of Mexico Fishery Management Council in favor of protecting these ancient animals.

The lost city of Pompeii was still thriving when some black corals in the Gulf of Mexico began life.

This type of deep-sea coral is one of the world’s oldest living marine creatures. Scientists have identified a specimen in Hawaii that is more than 4,000 years old.

Black corals also carry clues to history, for example in the rings they grow—similar to those in trees—which have chemical signatures that help scientists decipher ocean conditions over time.

Scientists estimate that this Leiopathes black coral colony, growing at a depth of nearly 1,300 feet in the Gulf of Mexico off western Florida, is 400 to 1,000 years old.

Black corals take their name from the black or dark brown of their skeletons, though their living tissue varies from white to red, green, yellow, or brown. They grow in different shapes ranging from single stalks to small bushes. Black corals provide excellent habitat for a variety of marine life. 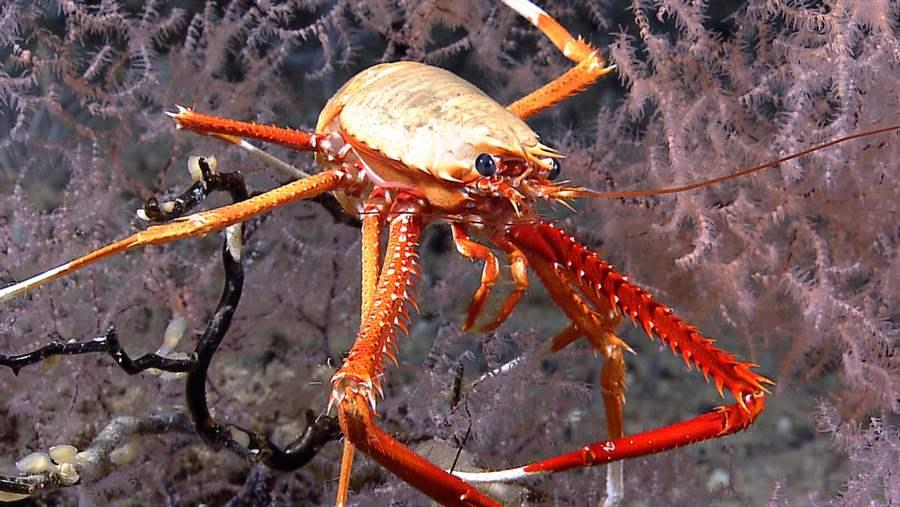 A squat lobster with brilliant orange legs rests on a bush-shaped black coral in the northern Gulf of Mexico.

These ancient corals in the Gulf of Mexico face modern threats, mainly from fishing gear such as trawls, traps, longlines, and anchors, but also from energy development and changing ocean conditions. Gulf fishery managers are considering a proposal to safeguard coral hot spots by restricting the use of such gear in up to 23 sites that scientists deem high priorities for protection.