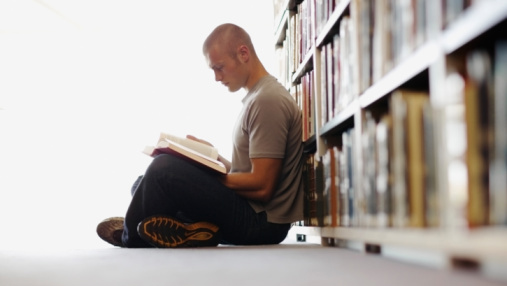 The Pew Charitable Trusts held a briefing on Capitol Hill on Nov. 13, 2017, to explore how postsecondary education affects the short-term opportunity and long-term economic mobility of military veterans and their families. The discussion highlighted a range of perspectives on the GI Bill; veterans’ access to education benefits; and their student debt. Three main themes emerged from this discussion:

Kelsey Baron, a professional staff member for the U.S. House of Representatives Committee on Veterans’ Affairs, and Barrett Bogue of Student Veterans of America (SVA) began the conversation with an overview of the GI Bill. They noted that several previous iterations of the GI Bill—including the original World War II-era and 1984 Montgomery versions—bolstered the American middle class by helping millions of returning veterans earn a college degree. Congress expanded these benefits in 2008 through the passage of the Post-9/11 GI Bill, providing access to education for service members coming home from Iraq and Afghanistan, among other veterans.

Recently, the House Committee on Veterans’ Affairs held roundtable discussions with veterans service organizations and others to explore legislative options for enhancing the Post-9/11 GI Bill. The priorities expressed by participating researchers, advocates, and policymakers informed the drafting and eventual unanimous passage of the August 2017 Harry W. Colmery Veterans Educational Assistance Act, also known as the Forever GI Bill. Among other benefits, this bill gives veterans more time and flexibility to finish degree programs, increases funding for reservists and Purple Heart recipients, and creates a pilot program allowing students to use their benefits for certain alternative education, such as coding “boot camps,” courses where students learn computer programming among other technology-related skills. Baron noted that the passage of the Forever GI Bill is a good example of bipartisanship in today’s Congress.

Tanya Ang of Veterans Education Success (VES) weighed in with demographic information about student veterans, noting that they tend to be older than traditional students, married or financially responsible for dependents, and often the first in their families to attend college. Bogue indicated that student veterans tend to be more academically successful than their civilian peers. Ang echoed these comments and noted that many veterans do not use their GI Bill benefits. She further observed that VES’ casework, including legal services, on behalf of veterans struggling to complete postsecondary education and repay their loans has revealed a need for further research on student veterans’ higher education experiences. Such a study could also answer questions on how to better serve other nontraditional students.

Zachary Huitink of the Institute for Veterans and Military Families (IVMF) at Syracuse University discussed military-connected—members of the larger armed forces community—and veteran students’ experiences with institutions of higher education. Through case studies of community college, four-year college and university, and vocational training programs, IVMF found that sustained outreach from colleges and universities is an important factor in enrolled veterans’ access to and successful completion of higher education. Huitink suggested that centralized resource centers and mentoring programs could facilitate that support. He also highlighted the need for improved competency with military culture among civilian university staff, especially because veterans’ pre-college experiences differ from those of their peers.

Thomas Meyer from the Philanthropy Roundtable examined how philanthropy can help explore, construct, and test experimental models for facilitating postsecondary success that can then be implemented by universities and federal and state agencies. He noted that several philanthropy-supported programs are assisting institutions in recruiting and retaining student veterans. This assistance includes developing ongoing collaborations between community colleges and local employers to better prepare veterans for the labor market.

As the event concluded, panelists shared their thoughts on how to further improve student veteran outcomes through research and policy. Bogue expressed concern that a changing economy, including new jobs and opportunities for veterans, will alter the skills needed by workers. Other panelists discussed efforts to address this concern by linking workforce development and postsecondary education. For example, Huitink described how some higher education institutions are working with business owners to build programs focused on welding, cybersecurity, and computer programming.

Baron and others noted the need to better understand the relationship between postsecondary education and future earnings among veteran populations and whether veterans and military-connected students’ access to higher education has improved over time. Ang added that access to more nuanced data on these students—including information on student loan repayment—can be achieved through better collaboration and data sharing among federal agencies. And Meyer noted that routine evaluations of the GI Bill and other veterans’ benefit programs can determine whether they are operating as intended.

Bogue and Huitink both mentioned the need to study student veterans’ decision-making to understand which postsecondary pathways lead to the best outcomes and whether additional supports are needed to ensure these students’ academic success. Other panelists said the same about the choices military students make before and after college, such as whether and when to use available benefits, how to repay their student loans, and whether their high school performance and military experiences play a role in their postsecondary decisions.

Sarah Sattelmeyer is a manager with The Pew Charitable Trusts’ student loan initiatives.