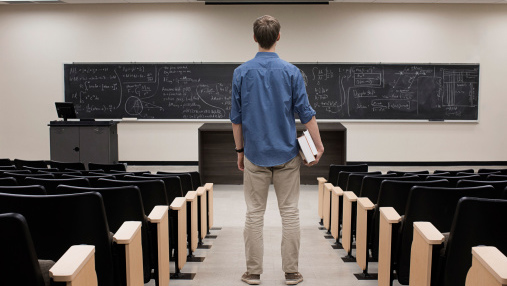 This piece originally ran on The Hill.

No one who has recently attended college, or is a parent of someone who has, needs to be told that student loan debt is a fact of life for many these days. But for some former students—whether at major universities, community colleges, or another type of post-secondary institution—repaying loans can be a life-altering struggle. More than 40 million Americans hold student loans, and during the last decade, the amount of money owed on federal student debt jumped from around $500 billion to over $1.3 trillion—surpassing all other categories of household debt except mortgages.

This increase in student loan volume is not surprising given the growth in postsecondary enrollment and the decline in household assets in the wake of the recession, in addition to other factors such as the greater availability of student loans compared with other types of credit and the growing cost of attending colleges and universities.

Still, investing in a postsecondary education can reap significant financial benefits for many borrowers. For example, previous research from The Pew Charitable Trusts found that individuals raised in the bottom 20 percent of the income ladder tripled their chances of making it to the top 20 percent if they had a college degree. And borrowing for a postsecondary education is not, in and of itself, necessarily a problem—because most borrowers successfully repay their debt. But the U.S. Department of Education reports that more than 8 million federal student loan borrowers—close to 20 percent—are in default and haven’t made a payment in at least a year. In addition, close to 3 million Direct Loan borrowers—those with debt from the largest federal student loan program—are delinquent on their loans and haven’t made a payment in more than 30 days.

This is no small matter: Failing to repay a student loan can lead to serious financial consequences, including long-lasting damage to a borrower's’ credit and wage garnishment, among other negative financial outcomes. That, in turn, can hinder a borrower’s ability to purchase a home or get a job.

While many high balance borrowers struggle with repayment, those who owe the least are often at higher risk of default. Research has shown that among borrowers who began repaying in 2011, 24 percent with loan balances under $5,000 had defaulted within three years compared with only 7 percent of those with over $40,000 in debt.

A host of researchers, advocates, and servicers — the companies that have contracts with the federal government to handle student loan billing and payments, among other responsibilities — acknowledge problems with the current system. And potential solutions to the challenge of student debt exist for at least some borrowers.

For example, setting up a repayment plan based on income may help both low income borrowers — by offering affordable monthly payments — and higher income borrowers, who can pay down their principal faster.

But today, only 28 percent of individuals with a Direct Loan are enrolled in an income-based plan. Here, there is some discussion — and disagreement — about whether income-based repayment offers an optimal path for all borrowers.

The complexity of sorting through plan options and completing the required paperwork can present a roadblock, and we also lack important information, including detailed data on who is enrolled and how effective these plans can be at mitigating short- and long-term repayment obstacles.

Although new data has shed more light on who defaults, we still don’t fully understand all the factors that might cause a borrower to default. We do know that once borrowers are in default, they have limited options for getting back on track.

We need to better understand these options and whether additional avenues may be necessary to help borrowers avoid defaulting again. That’s why we are actively researching student debt issues.

Higher education is a powerful path toward upward economic mobility — and federal student loans are an important tool for increasing access to postsecondary education.

But while we know about the damage that being delinquent and defaulting on a student loan can do to a borrower’s finances, we need more data that can inform public and policy discussions about solutions. The first step is getting better information about what causes borrowers to struggle in repayment and their experiences with default.