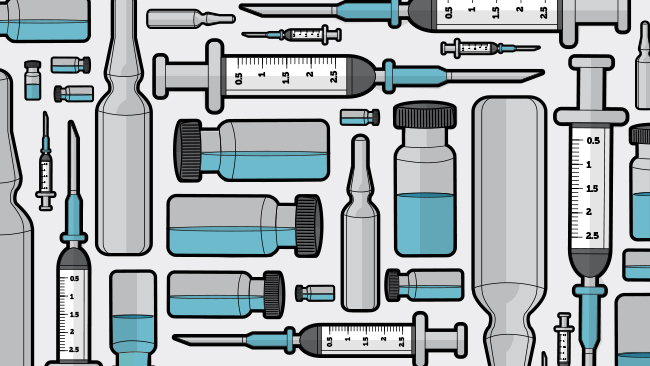 A new report finds that most states have taken steps to address the safety of prescription medicines created by pharmacies, known as compounded drugs. The report, “State Oversight of Drug Compounding,” published by The Pew Charitable Trusts and the National Association of Boards of Pharmacy, comes five years after contaminated injections compounded at a single Massachusetts pharmacy caused 76 deaths and 778 illnesses in a nationwide outbreak of fungal meningitis.

Things are not perfect at the state level, however: Many states, for example, have room for improvement in the frequency of their inspections of facilities that perform sterile compounding. But the new findings clearly indicate that the oversight framework for compounded drugs is coming into line with best practices. This is great news for the patients across the country who depend on these medications.

A federal-state division of oversight responsibility

In the wake of the meningitis outbreak, a new federal law, the Drug Quality and Security Act (DQSA), clarified the distinction between traditional compounders (state-regulated pharmacies or physicians that compound patient-specific drugs) and federally regulated companies called outsourcing facilities that compound supplies of drugs for clinicians to keep on hand as “office stock.” Traditional compounders must meet quality standards set by their respective states, while outsourcing facilities must meet higher federal quality standards—similar to those that apply to pharmaceutical manufacturers—to mitigate the risk to stock supplies of drugs, which pose a greater safety threat because of their typically longer shelf life and larger batch sizes.

Because they are subject to increased federal quality standards, drugs made by outsourcing facilities may be sold to providers without first receiving a prescription, unlike drugs from traditional compounders. The Food and Drug Administration calls that prescription requirement a “critical mechanism” for distinguishing traditional compounders from facilities that must comply with higher standards.

The regulatory framework depends on states enforcing the prescription requirement. Otherwise, outsourcing facilities have no incentive to register with FDA and adhere to the more rigorous quality standards that are appropriate for bulk production and longer shelf life.

States have made progress in two key areas

Most compounding is done by traditional compounders, over which states have primary responsibility. So to understand the safety of compounding practice generally, it is critical to understand what is happening in the states. The new report shows that the majority of states now conform to best practices in two key areas.

First, 39 states and the District of Columbia are now aligned with the federal law (passed after the meningitis outbreak) that prohibits traditional pharmacies from compounding sterile office stock for human use. These jurisdictions have passed laws, established regulations, issued guidance, or advised compounders to follow the federal law prohibiting this practice. In 2015, representatives from nearly two-thirds of state boards of pharmacy that responded to a Pew assessment stated that they allowed traditional compounding pharmacies to produce drugs without prescriptions to at least some extent.

The widespread adoption of the prescription requirement means that states are now much better aligned with the federal law on compounding without prescriptions. It also could encourage states that have not yet adopted this best practice to come into line with the jurisdictions that have.

Second, conforming to scientifically sound standards, such as those established by the U.S. Pharmacopeial Convention (USP), is also critical to meaningful implementation of the national regulatory framework and preventing potentially harmful or deadly contamination, especially for sterile compounding. Under the scheme established by the DQSA, states set quality standards for traditional compounders, and the new report examined these policies.

Opportunities remain to step up inspections

The report’s findings are less promising with regard to states’ inspections of facilities that perform sterile compounding: Less than half of jurisdictions reported that they conduct such inspections at least annually, which is the best practice recommendation. Site inspections are the most important tool to assess pharmacy compliance with laws and regulations on compounding, and the national framework relies on states to inspect the vast majority of compounding activity. Improvements in the rigor and frequency of inspection of facilities that perform sterile compounding may require additional resources. But in the meantime, states can take interim measures—such as harmonizing inspection forms—to more effectively use the resources they already have.

Progress toward a safer drug supply

The DQSA protects patients from potentially unsafe compounded medicines by requiring traditional compounders to dispense or distribute compounded products only upon receipt of a valid prescription and by clarifying the respective oversight responsibilities of FDA and state regulators. “State Oversight of Drug Compounding” acknowledges the significant progress that state boards of pharmacy and FDA have made toward a clear and effective regulatory framework for compounded medicines.