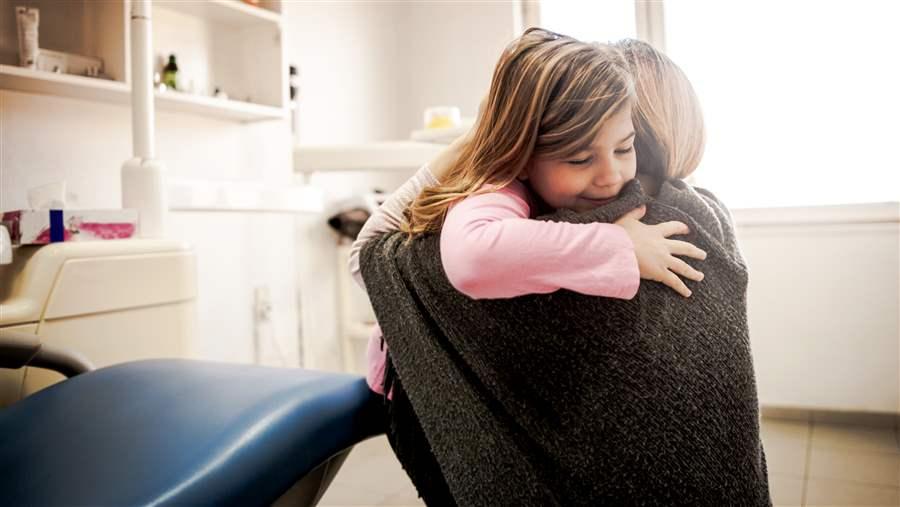 February is National Children’s Dental Health Month—a great time to remind ourselves about the relative simplicity of keeping children in good oral health, and a sobering time to consider how far the nation still has to go to reach that goal.

Over the decades, rates of children’s tooth decay have plummeted, thanks in large part to community water fluoridation and a concerted effort by the dental community. Today, experts and advocates are trying to move the needle among low-income children, who still face high rates of decay. Children on Medicaid are getting dental care at much higher rates than 30 years ago, but the reality that only 50 percent received care in 2016 factors in the continued high prevalence of dental disease for this group.

Dental health advocates know how to reach these children and what to do to improve their oral health.

For example, ample research shows that sealants are a tremendously effective and low-cost way to prevent tooth decay on molars—the teeth most likely to experience decay. Yet most low-income children, who are more likely to have decay and less likely to receive dental care, do not have access to sealants. Experts also know that schools are an optimal location to provide dental care to low-income children, but most schools serving high numbers of these children lack such services.

Further, many states have rules that impede the expansion of school-based preventive services, despite research and experience that argue against such restrictions. Examples include requirements that dentists examine children before a hygienist can seal their teeth in school, and rules that prevent private practice dentists from employing hygienists to work in schools or that set very low limits on the numbers of school-based hygienists that any one dentist can supervise. A 2016 report by the national  Oral Health Workforce Research Center described these and other rules in detail and concluded that they were making it more difficult to provide care: “State-based regulatory constraints for dental hygienists may impede access to care as much as the economic and logistical barriers that are known to prevent some patients from obtaining oral health services.”

Dental providers today also have new low-cost noninvasive tools to arrest cavities and tooth decay, including silver diamine fluoride (SDF). SDF is a colorless liquid that when applied once a year has been found to arrest more than 65 percent of active decay; rates are higher when applied twice a year, according to a 2016 analysis.  Dental hygienists can be quickly trained to apply SDF. Yet, in a November 2017 survey done by the Association of State and Territorial Dental Directors, 19 of the 30 state directors who responded said that their state Medicaid programs did not reimburse for SDF.

Experts know through experience in states such as Minnesota and Alaska—and in many  countries—that that when school-based providers are able to permanently arrest decay, the rates of those lacking treatment decline because children don’t need to be referred elsewhere for care. School-based providers should have all tools needed to treat decay, including the training to provide fillings. Today, more than a dozen states are considering legislation to authorize dental therapists to work statewide, as well as Oregon, Washington, and Alaska, where they are able to work in tribal communities.

Everyone has a role to play in ensuring better children’s dental health:

As a nation, we’ve come a long way, but we still have a ways to go. And we know what it will take.