More than 1.5 million pairs of Adélie, gentoo, and chinstrap penguins call the Antarctic Peninsula Home. Chile and Argentina proposed designating these critically important waters as a marine protected area (MPA) at the annual meeting of the Commission for the Conservation of Antarctic Marine Living Resources (CCAMLR) meeting in Hobart, Tasmania, in October.

This is the fifth region that CCAMLR has identified for protection, bringing the organization one step closer to fulfilling its commitment to create a network of MPAs throughout the Southern Ocean. It designated the South Orkney Islands MPA in 2009, followed by the world’s largest protected area in the Ross Sea in 2016. Protections in the Weddell Sea and the waters off East Antarctica are still under consideration. 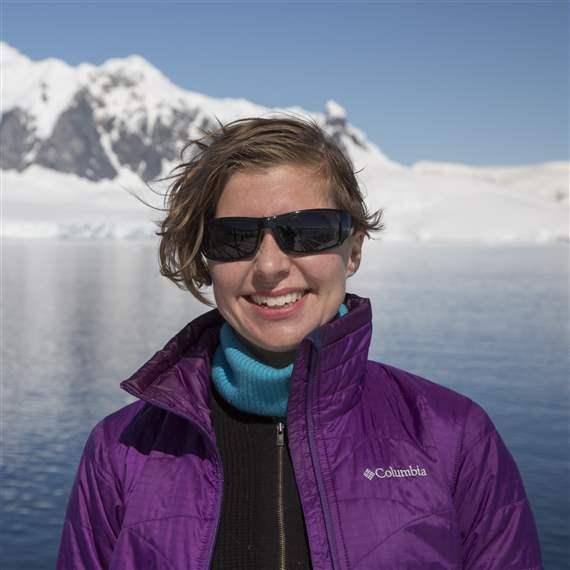 For the past eight years, Claire Christian has worked for the Antarctic and Southern Ocean Coalition (ASOC), an international organization dedicated to protecting Antarctica’s environment. (The Pew Charitable Trusts is a member.) Christian, who is now the organization’s interim executive director, traveled to the region in early December.

Ricardo Roura, who has been involved with Antarctic conservation since 1992, coordinates ASOC's protocol tourism campaigns and advises its MPA campaign. Roura has visited the region 12 times in various roles, including scientist, environmental manager, and field tutor, and traveled to the Antarctic Peninsula in November. 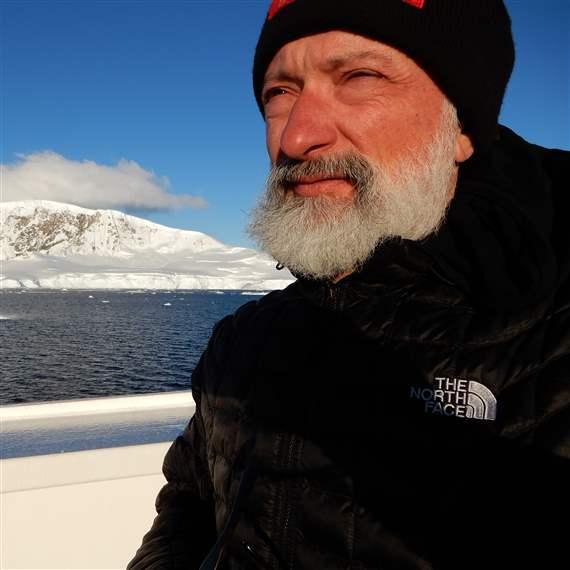 Rodolfo Werner has served as a consultant for Pew’s Antarctic work for more than a decade, offering expertise on Antarctic marine wildlife. His focus is conserving Antarctic krill, penguins, seals, and Patagonian toothfish. Werner has lectured on tourist vessels traveling to the region since 2006 and returned from the Antarctic Peninsula in January.

Pew spoke to Christian, Roura, and Werner about their recent trips and why the Antarctic Peninsula should be protected. 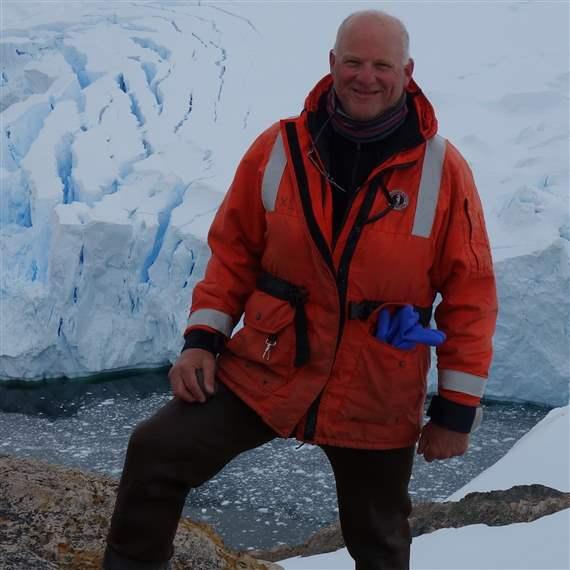 Christian: The peninsula is absolutely packed with wildlife during the Antarctic spring and summer—roughly October to March. Huge numbers of seals, penguins, and whales descend upon the region to take advantage of krill. As winter turns to spring and sea ice melts, phytoplankton begin to fill the waters around Antarctica. Krill gobble up this rich vegetarian banquet, which sustains huge populations. One group, or swarm, of krill can contain billions of individuals. These krill sustain Antarctica’s iconic wildlife—everything from starfish to blue whales eat them.

Roura: The Antarctic Peninsula is rich in human history and is possibly the most international region in the entire world. There is much research, tourism, and fishing taking place in the region. It is also a part of the world most obviously affected by climate change. Whales, seals, penguins, and all the other species in the region are directly and indirectly influenced by all these activities and changes. For me, the peninsula is also special because it was the first part of the Antarctic that I visited.

Werner: In my view, the Antarctic Peninsula is somehow Antarctica at the fullest! Traveling in this area, surrounded by colossal hanging glaciers, escarped mountains, and massive icebergs, and encountering whales, seals, and penguins is a unique experience that few other places in Antarctica can provide. 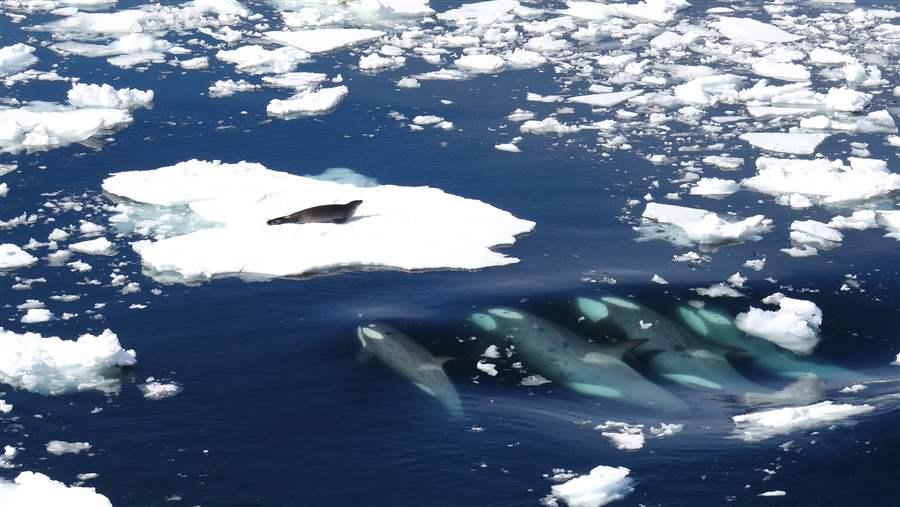 A pod of orcas hunt a lone crabeater seal in the Bransfield Strait. The whales coordinate their swimming to create a wave that tips the ice flow over so that the seal falls into the open water.

Q: What’s at stake in the Southern Ocean?

Christian: The Antarctic Peninsula is one of the fastest-warming areas on the planet, and many Antarctic species are so perfectly adapted to its environment that they cannot thrive under rising temperatures. Chinstrap and Adélie penguins are already declining. And although there are lots of krill in the peninsula, krill fishing often takes place in the same areas where wildlife forages. Visiting the region in person drives home the value of protecting this area from those threats. 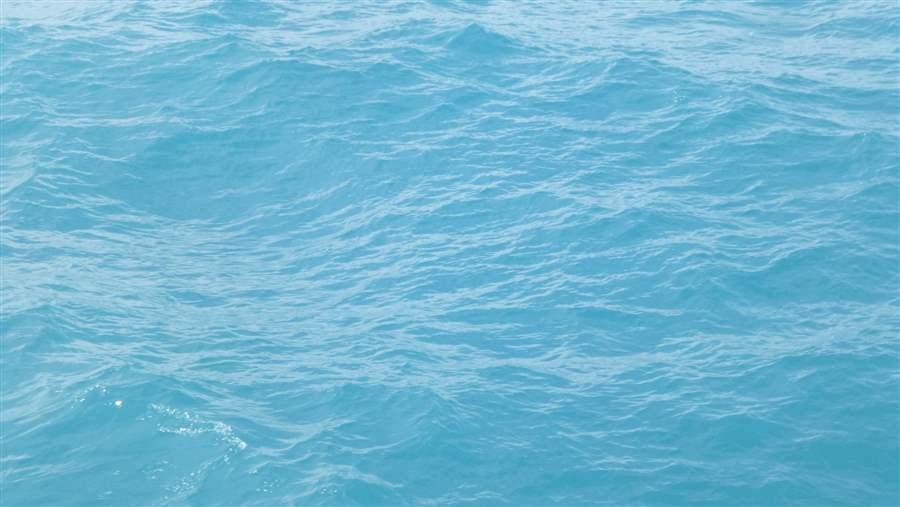 Caribbean or Southern Ocean? These crystal blue waters surround the South Georgia Island off the Antarctic Peninsula, one of the fastest-warming places on the planet. 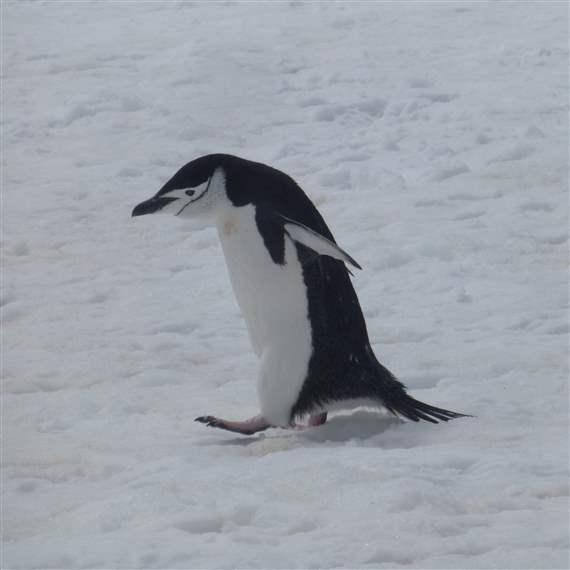 Chinstrap penguins are in decline throughout the Antarctic Peninsula, probably because of increased krill fishing and the effects of climate change.

Roura: The Southern Ocean has been exploited since the earliest days of human presence in the Antarctic region, dating back over 200 years. This has resulted in overexploitation of marine life— first of seals, then whales, then even some fish species. The ecosystem still bears the imprint of those earlier activities. In the 1970s, concern about overfishing of krill was one of the reasons why an international organization [CCAMLR] was established, tasked with protecting this region.

Just as this regime is evolving, so is the expansion of the human footprint globally, and the threats this entails to the natural world. Only perseverance—by individuals, civil society, the science community, and nations willing to champion protection for the common good—can ensure that this region is preserved.

Werner: The Southern Ocean includes key species that are not found elsewhere in the planet, and the protection of those species from the impact of climate change and extracting activities such as fishing is paramount. Because most of the Southern Ocean is included in the Antarctic Treaty area, we have a special responsibility when it comes to protecting it. The Antarctic Treaty area has been declared as a place for “peace and science”—a place that belongs to no single nation but to all of us. That makes it our responsibility to ensure that any activity proposed, or taking place in this area, is subject to the highest environmental standards in order to secure the well-being of all species that inhabit the Southern Ocean, as well as the health of this marine ecosystem. 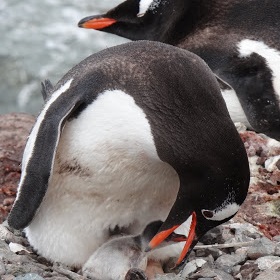 Concentrated fishing for krill in coastal areas of the Antarctic Peninsula is affecting breeding penguins, including gentoos.

Q: Why are you committed to protecting the Southern Ocean?

Christian: What truly motivates me to keep doing the work I do is thinking about what Antarctica as a whole represents. Thanks to the Antarctic Treaty System that governs the continent, we have a strong international commitment to keeping Antarctic ecosystems healthy. The countries that signed the treaties pledged to protect it on behalf of the rest of the world. One of the best examples of this is the efforts underway to create an MPA network around the continent, including in the Antarctic Peninsula.

MPAs function like national parks for the ocean, protecting entire ecosystems. MPAs in the peninsula would ensure that scientists have a place to study this rapidly changing region in the absence of fishing so that they can get a clear picture of how climate change is affecting the Antarctic. No-take zones also offer additional certainty that the growing krill fishery won’t compete with penguins and seals. An Antarctic Peninsula MPA is our best shot at helping all Antarctic life— whether a humble comb jelly or a majestic killer whale—continue to thrive. 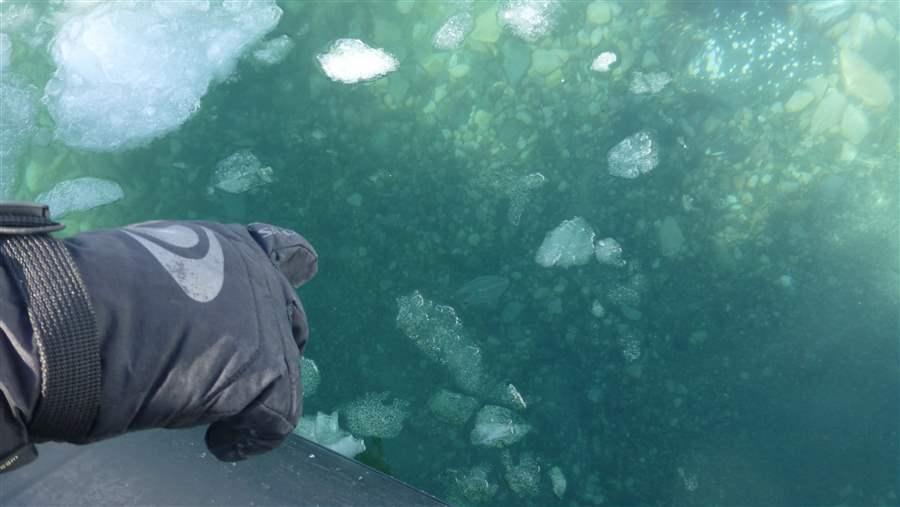 The diverse marine life in the Southern Ocean includes rarely seen species such as comb jellies, or ctenophore—named after the thin organs they use to move, called cilia, which resemble the teeth of a comb. Recent research has shown that Antarctic penguins occasionally snack on jellyfish.

Roura: I am committed to protecting Antarctica and the Southern Ocean, penguins included, because I would like it to remain relatively unspoiled. I think it is important to protect for future generations, but not only that—we need to protect it for what it is. Also, we need to know that there is a place somewhere on Earth that is still remote, beautiful, and wild. I was born on Penguin Awareness Day, and although I have been working on Antarctic protection for many decades, I found out about this particular day not that long ago. We should celebrate penguins every day, and also the whole of the Antarctic and the Southern Ocean.

Werner: After many years of conducting research on marine species in temperate and Antarctic waters, it became clear to me that I needed to do something else rather than collecting and analyzing data. I needed to apply my knowledge and experience to get involved in practical actions to make sure that Antarctica's Southern Ocean was appropriately protected. I feel personally connected to this area of the planet, and every year that I visit Antarctica—13 and counting—I confirm my commitment to protecting Antarctica's Southern Ocean.

One year after its hard-won creation, the Ross Sea Region MPA is celebrated around the world

Antarctica and the Southern Ocean around it are awash in superlatives&mdash;the coldest and driest continent, the windiest seas. And now they add another: home to the largest protected area in the world. The Ross Sea Region Marine Protected Area (MPA), which covers 2.06 million square kilometers (almost 800,000 square miles) enters into force today, one year after the 25 member governments of the Commission for the Conservation of Antarctic Marine Living Resources (CCAMLR) agreed by consensus to designate the area. That decision showed that the commission takes its role as guardian of Antarctica&rsquo;s Southern Ocean waters seriously.