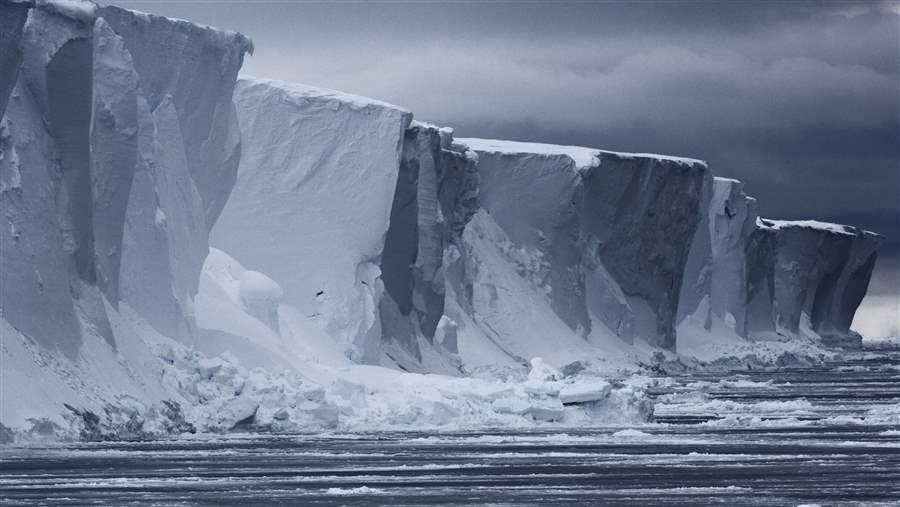 Icy cliffs along the Antarctic coast tower over the Ross Sea.

Note: This blog was updated Dec. 5, 2017, to include a comment from José María Figueres and on Dec. 7, 2017, to update the comment from Viacheslav Alexandrovich “Slava” Fetisov.

Antarctica and the Southern Ocean around it are awash in superlatives—the coldest and driest continent, the windiest seas. And now they add another: home to the largest protected area in the world. The Ross Sea Region Marine Protected Area (MPA), which covers 2.06 million square kilometers (almost 800,000 square miles) enters into force today, one year after the 25 member governments of the Commission for the Conservation of Antarctic Marine Living Resources (CCAMLR) agreed by consensus to designate the area. That decision showed that the commission takes its role as guardian of Antarctica’s Southern Ocean waters seriously.

By coincidence, Dec. 1 is also World Antarctica Day, and with the entry into force of this MPA, which includes the 500,000-square-kilometer (193,00-square-mile) Ross Ice Shelf, the region that scientists have called “the least altered marine ecosystem on Earth” has an excellent chance of remaining so.

The new protected area safeguards the foraging ranges of significant percentages of the world’s populations of Adélie and emperor penguins, Weddell and crabeater seals, toothfish, and killer whales, in addition to many prey species, such as Antarctic silverfish and krill. The MPA will also help keep the Ross Sea ecosystem and food web intact, and provide a vital global reference area for scientists studying the impacts of climate change.

I was honored to be part of a global team that worked tirelessly over many years to create the Ross Sea MPA. It is a historic achievement for marine conservation globally both for its size and the multilateral collaboration required to protect this wild and incredible place. The moment CCAMLR announced the MPA designation last October is a memory that I will cherish for the rest of my life.

The Pew Charitable Trusts joins people from around the world in celebrating this global victory for our pristine Southern Ocean. Below are some photos of this austere, endearing, and hauntingly beautiful region, along with comments from several dedicated marine conservationists who, over many years, played a key role in achieving this monumental win.

"This milestone marks work across countries and continents, bridging governments and systems of governments, and demonstrating the ability of leaders to come together in common cause despite big differences on other issues. I first became engaged in this effort as a senator in the 1990s with the conservation commission that galvanized the United States, Russia, and 23 other nations with a claim to the Antarctic, with an ambitious goal of protecting one of the last unspoiled ocean wilderness areas on the planet. After I became secretary of state, I was proud to see the effort through the last difficult miles of the journey … that helped all 25 nations unanimously approve the Ross Sea’s MPA designation in 2016. Thanks to this terrific example of international cooperation, that corner of the world continues to support unmatched marine biodiversity—thriving communities of penguins, seals, whales, seabirds, and fish—even as it serves as a natural laboratory for scientists to better understand how challenges like climate change and overfishing impact our resources. Most of all, it is a reminder that even in a divided world, cooperation is still possible when leaders are committed."

“It took more than five years of work at CCAMLR to reach agreement on establishing what today becomes the world’s largest marine protected area—in Antarctica’s Ross Sea. It was quite a privilege to have been part of that effort, through a proposal from the United States and New Zealand, to protect one of the world’s unique, unspoiled marine environments. This is a special day as we take a big step to protect the ocean.” 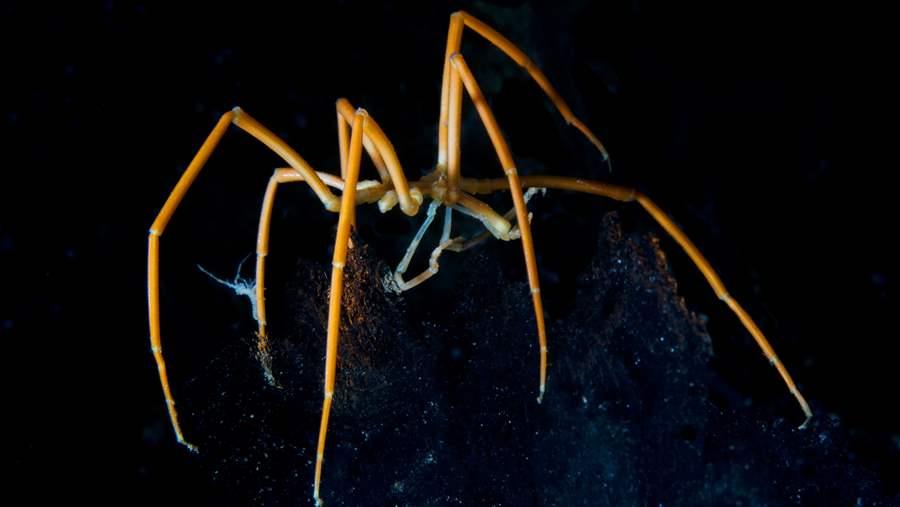 "I am enormously proud to have led New Zealand’s team when we got agreement to the Ross Sea Region MPA. Bringing together great science, conservation, and collaboration were the critical elements to our success. Achieving agreement to the MPA sent a powerful message to the world that we can still work as one to protect the most precious things in our environment, no matter how hard the challenge."

—Jillian Dempster, New Zealand’s permanent representative to the United Nations in Geneva, formerly the country’s head of delegation to CCAMLR

"During yet another period of major difficulties in international relations, where multilateral cooperation is challenging, countries that care about preserving our planet’s last pristine areas agreed to rise above politics and protect the Ross Sea in Antarctica. Truly an historic moment for our environment.” 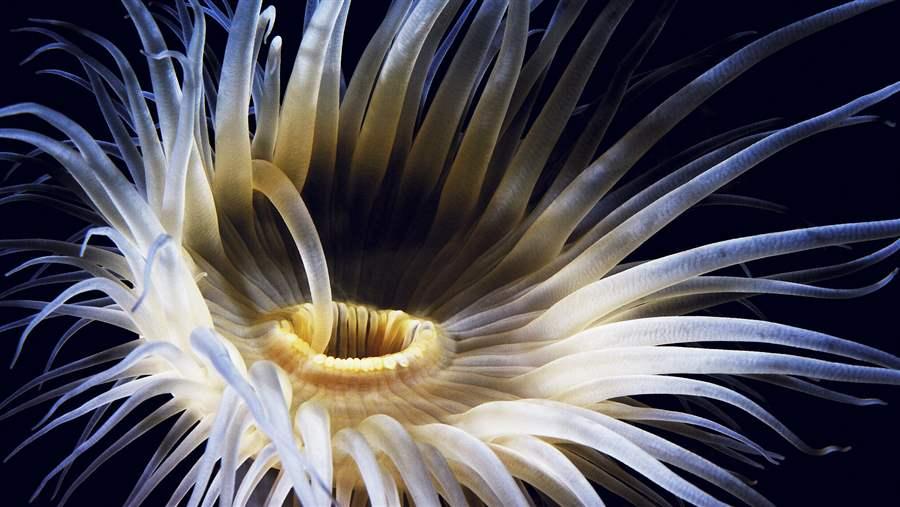 An Antarctic anemone feeds in the icy depths of the Ross Sea.

"The proud history of Russia’s exploration and scientific research in Antarctica is well-known. During this period of political instability in many parts of the world, we are thrilled to be part of international efforts to protect the Ross Sea.”

"By establishing the Ross Sea Region Marine Protected Area, CCAMLR has added yet another tool for managing the Antarctic marine ecosystems. The Ross Sea Region MPA represents a best practice on how to develop a sound scientific, balanced, and targeted framework for ensuring the conservation and sustainable use of marine resources. The entering into force of the MPA is a milestone and marks an important step in the continuous work of CCAMLR on developing additional MPAs throughout the convention area. For Norway it signifies the strength of regional ocean governance and a strong motivation for completing this important work.” 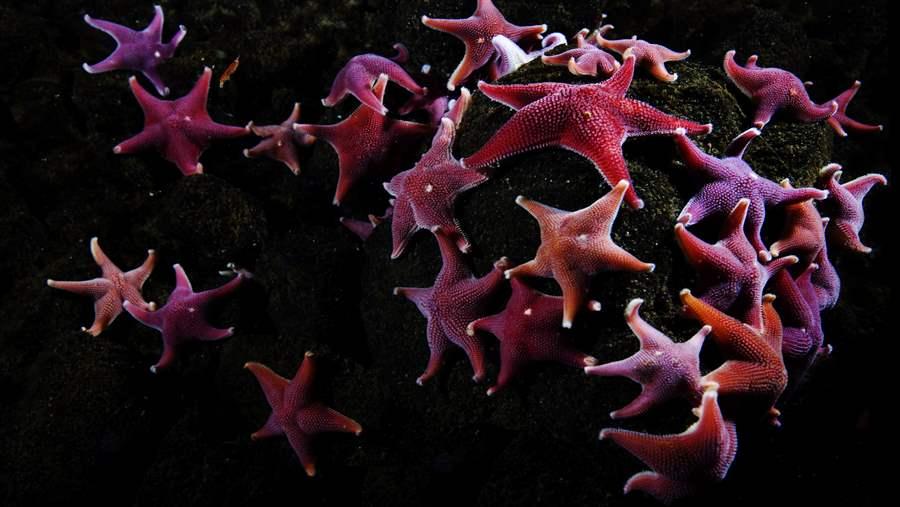 "James Clark Ross was a great leader who showed exceptional courage, fortitude, enthusiasm, and curiosity about science and nature—qualities that mirror every individual who campaigned for marine protection of the Ross Sea. Our family motto, ‘Hope lightens difficulties,’ has been like a beacon leading us toward what I hope is a new era, a paradigm shift in thinking so a network of marine protected areas are created around Antarctica to complement the land treaty that protects the continent.”

"The Ross Sea MPA [designation] was a watershed moment. As the world’s largest marine protected area, it set an important precedent. But the work doesn’t stop there—we now have to protect the remaining seas around Antarctica. Our futures depend on it.” 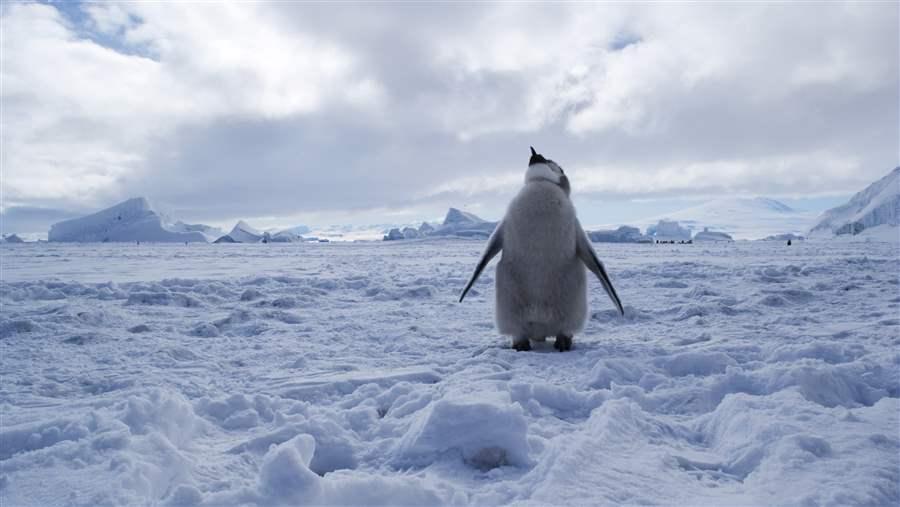 An emperor penguin chick waits on the ice for the return of its parent—and dinner.

"I wish everyone reading this could have been with us on the floor of CCAMLR on October 28th, 2016, when the Ross Sea MPA was finally adopted and the room of international diplomats erupted. People were laughing and cheering and crying [and] hugging. In protecting the most pristine marine ecosystem left on Earth, CCAMLR members redefined what is possible in international collaboration. And this was not just a massive win for Antarctica [or] for our global oceans. This was also a peace treaty. I had been working on the Ross Sea for more than 10 years before I really understood what I was fighting for, [which] became clear in 2015 with the birth of my daughter. If enough of us speak up and commit ourselves to making a better world for our children, then that is what we can achieve.”

"This feat cannot be overstated. It was the culmination of the dogged efforts of dozens of national governments, hundreds of scientists, thousands of conservationists, and millions of global citizens over the course of more than a decade. The designation of the Ross Sea MPA inspires hope that despite political tensions in other parts of the world, the Antarctic continues to be a global commons dedicated to peace, science, and conservation. I am proud to have been part of this process and inspired for what it means for future generations: My children will now know there is a great southern sea that teems with life. I will take them to see it someday.” 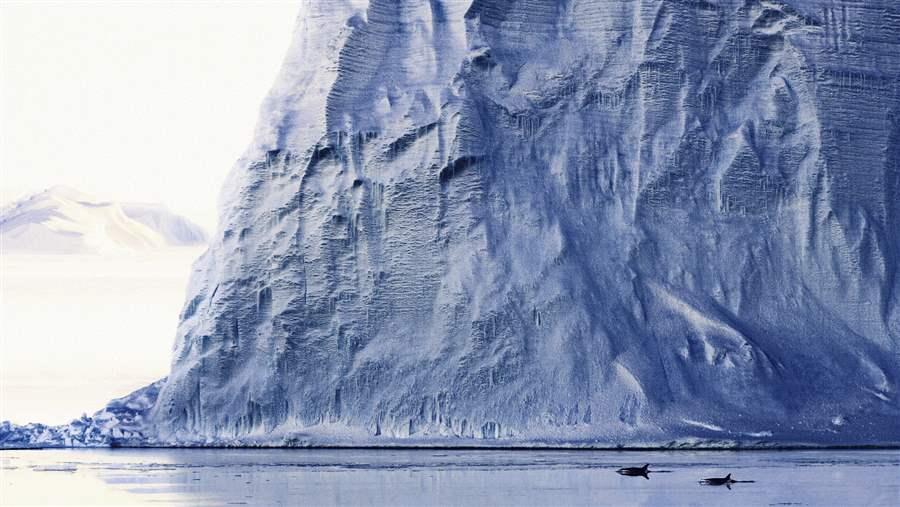 Killer whales surface as they pass an iceberg in the Ross Sea, where 50 percent of the world’s population of this animal is found.

"Places as pristine as the Ross Sea remind us that humanity is part of an incredible ecosystem called Earth. Protecting these large areas of ocean is essential for the well-being of our planet. The Ross Sea MPA provides a ray of hope that humanity has the ability to deal with the enormous challenges that lay ahead.”

"CCAMLR’s creation of the Ross Sea MPA is a globally significant event. Not only is it precedent-setting in its extent, it is also consistent with a key principle of the 1980 CCAMLR Convention that balances conservation with rational use. The MPA stands testament to international cooperation and is a realistic demonstration of common interest overriding individual interests.” 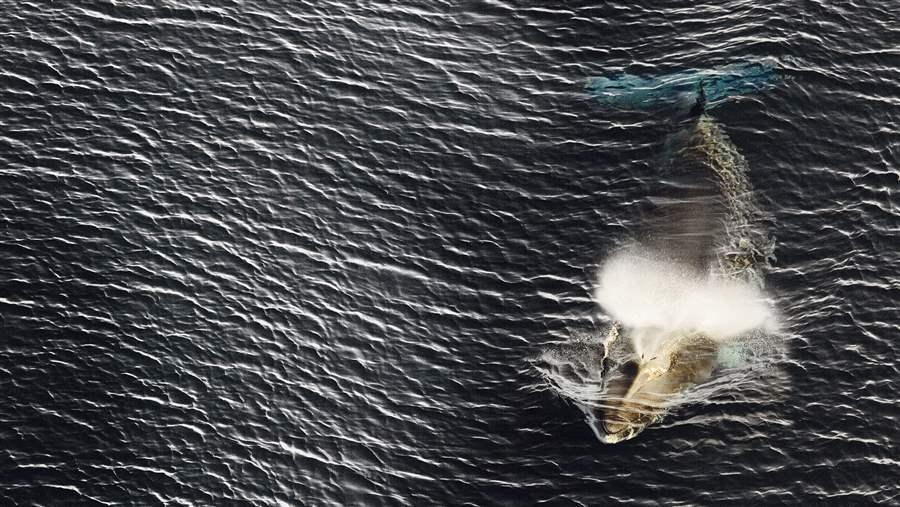 The Ross Sea feeding grounds of minke whales, which travel from as far away as the Arctic, are now protected.

"Establishment of the Ross Sea MPA is a milestone in the history of conservation. It is not only the largest protected area in the world, but also an achievement of the common value among so many different countries. I hope this momentum will continue.”

“The Ross Sea Region MPA designation is the finest example of international cooperation in marine conservation. By agreeing to create the world’s largest marine protected area, every member nation of CCAMLR, including Russia and China, has shown it is fully committed to saving our oceans. Now Antarctic species—including penguins, seals, whales, and thousands of others—will reap the benefits of marine protections in one of the last remaining pristine regions on Earth.”

Scientists to document many benefits of the Ross Sea MPA

In October 2016, the Commission for the Conservation of Antarctic Marine Living Resources (CCAMLR) established the Ross Sea Region Marine Protected Area. The 2.06-million-square-kilometer marine reserve, which covers an area larger than Mexico and includes the area under the Ross Ice Shelf, is the world&rsquo;s largest marine protected area (MPA). It represents a major advancement in fulfilling CCAMLR&rsquo;s commitment to create a network of marine protected areas in the Southern Ocean.