Many of Philadelphia’s high-poverty areas—places with poverty rates of at least 40 percent—also qualify as racially or ethnically concentrated, meaning that one group accounts for at least half of the total population.

Twenty-nine percent of the city’s poor blacks live in racially concentrated poverty in many parts of North and West Philadelphia. 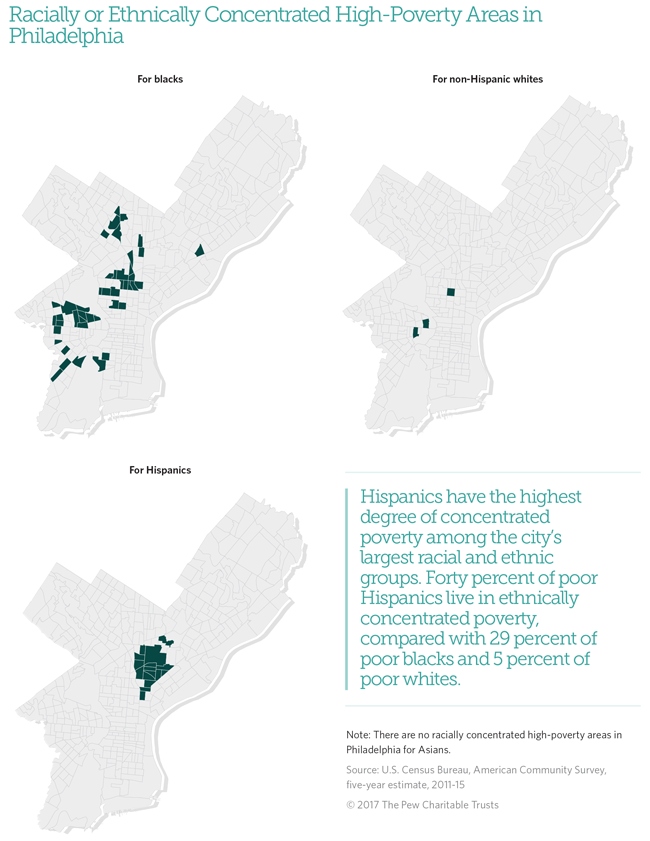 Poor white residents are more widely dispersed. Only 5 percent live in areas of racially concentrated poverty, and those are adjacent to university campuses in North and West Philadelphia. This suggests that a large proportion of those residents are college or graduate students rather than families and individuals for whom poverty is often a long-term condition.

As noted in the map above, there are no racially concentrated high-poverty areas in Philadelphia for Asians.

For more statistics and charts on the demographics of poverty in Philadelphia, including comparisons with other cities and regions, read the full report.