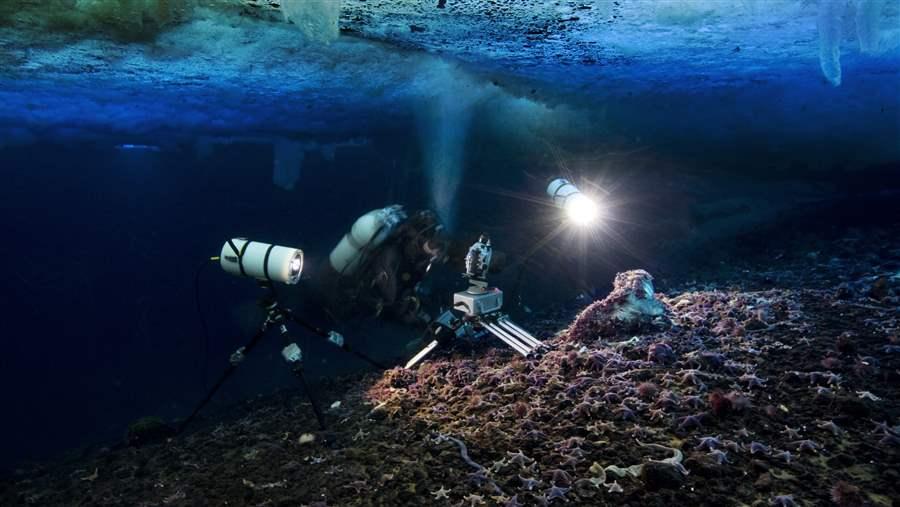 In October 2016, the Commission for the Conservation of Antarctic Marine Living Resources (CCAMLR) established the Ross Sea Region Marine Protected Area. The 2.06-million-square-kilometer marine reserve, which covers an area larger than Mexico and includes the area under the Ross Ice Shelf, is the world’s largest marine protected area (MPA). It represents a major advancement in fulfilling CCAMLR’s commitment to create a network of marine protected areas in the Southern Ocean.

The Ross Sea Region MPA, which commences Dec. 1, 2017, will protect what scientists have described in the journal Biological Conservation as “the least altered marine ecosystem on earth.” It will simultaneously safeguard the foraging ranges of significant percentages of the world’s populations of Adélie and emperor penguins, Weddell and crabeater seals, and toothfish-eating killer whales. In addition, many prey species will also be protected, such as Antarctic silverfish and crystal krill.

Toward a research and monitoring plan for the Ross Sea

Conservation Measure 91-05, which established the Ross Sea Region MPA, called for development of a research and monitoring plan (RMP), and CCAMLR’s dedication to ecosystem- and science-based management and its adaptive management framework provide a strong basis for establishing a robust plan. In April 2017, scientists from Italy, New Zealand, and the United States convened a workshop to assist with the development of the RMP. 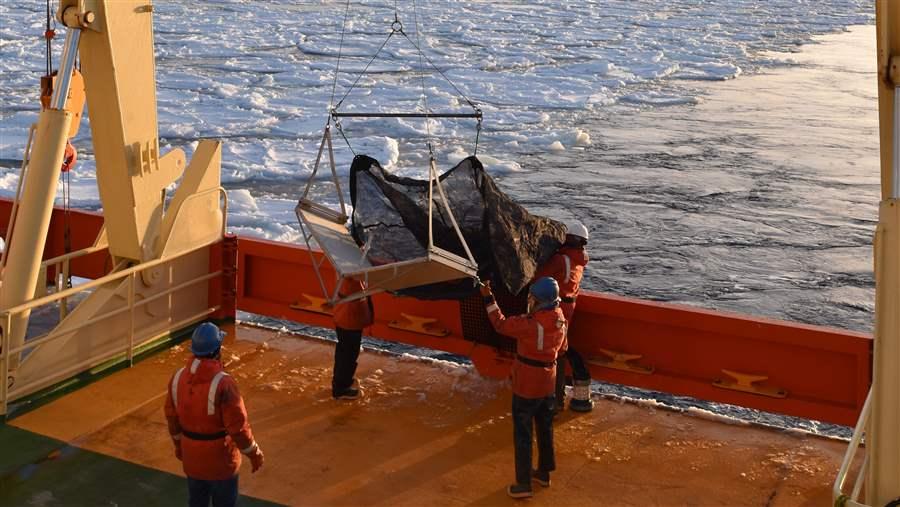 Research and monitoring are critical steps for lasting marine protection

Research and monitoring are necessary to determine how effective an MPA and its associated management actions are in improving a food web’s structure and functioning over time. Multinational collaborative research and monitoring in the Ross Sea will benefit humankind by leading to discoveries such as a better understanding of the effects of a warming ocean and an improved understanding of the complex life cycle of the Antarctic toothfish.

Establishing an effective research and monitoring plan extends benefits beyond the Ross Sea. Marine resource management organizations have always considered CCAMLR as a trailblazer in ecosystem-based management. The world is now looking to the Ross Sea Region MPA, the first large-scale high seas protected area, as a model for how to establish and implement a truly protective MPA. Therefore, establishing an effective Ross Sea research and monitoring plan is an important precedent in setting evaluation standards for MPAs worldwide.

Pew’s vision for the Ross Sea research and monitoring plan

The decision to establish the Ross Sea Region MPA was a monumental step toward CCAMLR’s commitment to protecting the Southern Ocean via a network of large-scale MPAs. To continue the momentum toward creating an effective MPA network, the commission should now adopt a Ross Sea Region research and monitoring plan at its 2017 meeting, and begin implementation in January 2018, that: