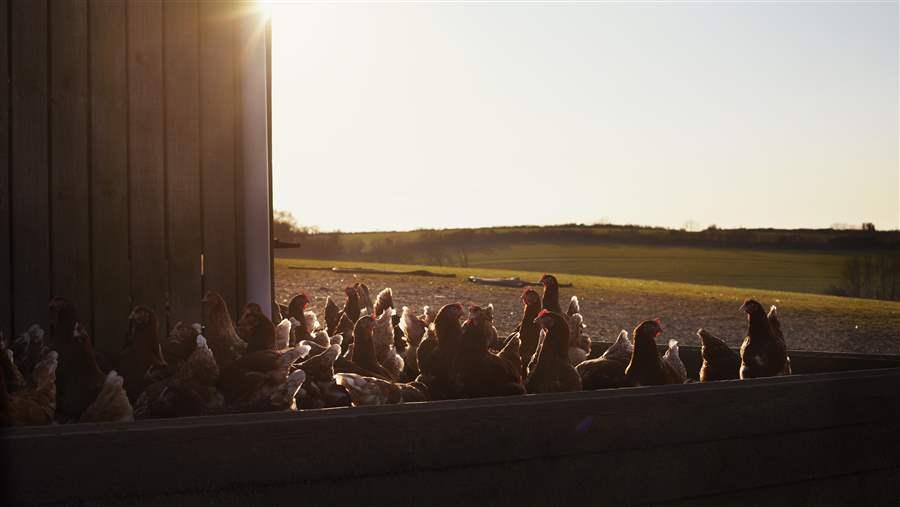 Many misperceptions exist about antibiotic-resistant superbugs, particularly regarding the relationship between antibiotic use in food animals and the emergence and spread of these dangerous pathogens. Here we address some of the most common questions.

Q: Is there any scientific evidence directly linking antibiotic use in animal agriculture to the emergence of resistant bacteria and infections in humans?

The more that antibiotics are used, the less effective they become, as bacteria are constantly evolving to eventually defeat them. This means that regardless of where an antibiotic is used—whether in a human or an animal—that use accelerates the emergence of resistance and contributes to the development of dangerous superbugs. And because resistant bacteria can often transfer their resistance genes to other bacteria, antibiotic resistance that develops anywhere is a threat to people everywhere.

A: All antibiotic use drives resistance, so improving the use of these lifesaving drugs in all settings is essential to combating antibiotic-resistant bacteria. However, it is hard to quantify what percentage of human infections stem from resistance that emerged from animals, in part because of the ease with which bacteria can share resistance properties, and the challenge that poses for tracing human infections back to their original source. For example, Carbapenem-resistant Enterobacteriaceae are among the pathogens most commonly associated with life-threatening resistant infections in humans but are not typically associated with animal agriculture. However, they can acquire resistance genes from bacteria that are commonly associated with animal agriculture, such as Campylobacter or Salmonella.

Further compounding the challenge is the scarcity of publicly available data about how, why, and to what degree antibiotics are given to food animals, making it very difficult to fully understand their effects or know what proportion of use is avoidable or problematic.

However, the limited available data show that antibiotic sales for food animal production are significant. According to the most recent information from the U.S. Food and Drug Administration, drugmakers in 2016 sold more than 18 million pounds of medically important antibiotics for use in food-producing animals. Encouragingly, though, the sale of these drugs had declined 14 percent from 2015, the first decrease since these data were initially reported in 2009. It also was the first time that animal drug companies had broken down sales estimates by the major types of food animals—pigs, cows, chickens, and turkeys—setting a baseline for future species-specific sales information and shedding light on the different antibiotic use patterns across these species. Additional data are needed to better understand the change from 2015 to 2016.

Q: Does reducing antibiotic use in animals cause a food safety problem?

A: No, the U.S. inspection system is designed to keep animals that are unfit for human consumption out of the food supply. Additionally, antibiotics are not usually used in animal agriculture to control food safety problems, and the kind of bacteria that do cause food safety problems (such as E. coli and Salmonella) are not the types that typically make animals sick. In fact, there is evidence that in some cases antibiotic use can actually increase the likelihood that animals will spread foodborne pathogens such as Salmonella.

Q: What do consumers need to know when shopping for responsibly raised meat and poultry at the grocery store?

A: Companies use many different labels and logos to describe if and how antibiotics were given to food animals, and the lack of standard terminology can be confusing. Additionally, some labels—such as “antibiotic free”­—are particularly unclear, because consumers may interpret them as referencing the safety of the food rather than the nature of antibiotic use during the animal’s lifetime. Given that all meat and poultry by law is supposed to be free of potentially unsafe antibiotic residues before consumption, such language can be difficult to understand.

In the U.S., food safety regulations prohibit the use of antibiotics and other drugs in animals in ways that could lead to possibly harmful residues in meat and poultry (i.e., trace amounts of drugs that remain in the animal at the time of slaughter and can cause various health issues in humans). The U.S. Department of Agriculture’s National Residue Program regularly takes samples of these foods after slaughter and tests them for dozens of potentially harmful contaminants, including antibiotics. Fortunately, residue violations are rare, turning up less than 1 percent of the time—and when they do occur, food safety officials can condemn the unsafe meat before it reaches consumers or initiate a recall if needed.

So when products have labels with language such as “no antibiotics ever,” “raised without antibiotics,” or “no medically important antibiotics,” these do not  reference the safety of the food, or whether there are antibiotic residues in the food at time of purchase but rather address the extent to which antibiotics were used, or not used, during the animal’s life span. Such labels tell consumers that the product came from animals raised in a way that helps to minimize the emergence of antibiotic resistance and protects the public health.

Q: If I eat protein sourced from animals that received antibiotics, am I likely to become resistant to antibiotics?

Q: What steps have been taken to reduce antibiotic use in food animals?

A: Although much more work is needed, there has been progress in improving antibiotic use in animal agriculture over the past several years. And many food companies and meat and poultry producers have been integral to recent advancements.

Successful implementation of FDA’s Guidance for Industry #213 was an important step toward ensuring that antibiotics are used responsibly in food animals. The policy, which took effect Jan. 1, 2017, marked a fundamental shift in how antibiotics can be given to food animals in the U.S.—eliminating use of the drugs to help animals gain weight, and increasing the role of the veterinarian—and is indicative of the growing consensus that antibiotics should be given only when they are necessary and appropriate to protect animal health.

Additionally, consumer demand continues to grow for responsibly raised meat and poultry, and an increasing number of food companies are responding.

Q: What else needs to be done to improve antibiotic use in animal agriculture and minimize the public health threat of antibiotic resistance?

A: First and foremost, more data are needed to better understand how antibiotics are used in food animals. Also, a transparent framework is necessary for interpreting and tracking those data over time to evaluate the impact of policy changes and consumer trends, and to effectively target and measure the success of efforts to ensure responsible antibiotic use. Recent efforts by USDA and FDA to improve data collection have been steps in the right direction. However, more remains to be done.

In addition, FDA should continue its efforts to address ongoing injudicious uses of antibiotics in animals. Even after the full implementation of Guidance #213, more than a third of medically important antibiotics given to food animals are still approved for uses that are inconsistent with FDA’s judicious use principles. FDA’s recent request for public comments to help establish appropriate durations of use for medically important antibiotics in animal agriculture is encouraging, and consumers and other stakeholders should weigh in.

Finally, producers should use best practices and available science and technology to keep their animals healthy and reduce the need for antibiotics. Similarly, consumers need to continue to demand responsibly raised food and leverage the power of the purse to reinforce the importance of protecting medically important antibiotics for the next generation.