In 2012 and 2013, patients across the country were injected with fungus-contaminated drugs that had been made and distributed by a Massachusetts compounding pharmacy. More than 60 people died of fungal meningitis, and more than 750 people in 20 states became seriously ill. Many of these patients still struggle with chronic, even disabling, health problems, including pain and mobility challenges caused by the meningitis, and impaired memory and concentration, side effects of a medication used to treat the infection.

The outbreak drew attention to the risks of drug compounding and brought to light weaknesses in state and federal oversight, prompting reforms at both levels. At the federal level, the bipartisan Drug Quality and Security Act (DQSA), enacted in 2013, gave the Food and Drug Administration the authority to oversee compounders producing bulk supplies of drugs. While some elements of the law are still being implemented, many others are in effect. The law is already helping to ensure access to safe compounded medications for patients who need them, while helping protect those patients from the risks of drugs produced under illegal and often dangerous conditions.

On the fourth anniversary of enactment of this legislation, Nancy Dargan, a survivor of the meningitis outbreak from Brighton, Michigan, reminds us why effective implementation of the DQSA still matters. Dargan was a grant writer and business consultant until the long-term effects of her illness—and the treatment that saved her—life put a premature end to her career. 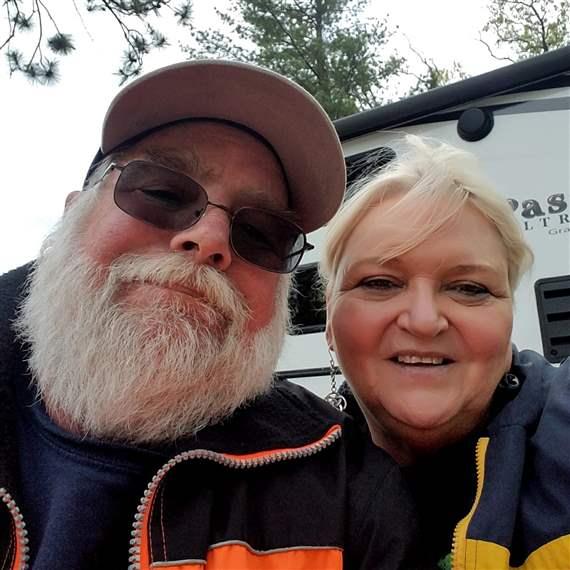 Q: Can you tell us about how you were sickened by contaminated compounded drugs?

A: In early 2012, I was experiencing arthritis pain in my back and hip, and my primary physician referred me to a clinic for injections of a steroid for pain relief. The shots helped, and I continued my busy life and career, until everything drastically changed that August.

I was on a business trip, meeting with a new client, but became so sick that I had to cut my trip short. I was completely unable to bear weight on my right leg, and my husband, Mike, took me to the hospital. The doctors said that my condition was something they had not seen before, but soon they realized that my case was not isolated and that other patients were showing up with similar symptoms. I was ultimately diagnosed with fungal meningitis.

Q: What was life like for you and your family after that diagnosis?

A: I underwent surgery and spent two weeks in the hospital. I was placed on the maximum dose of a powerful antifungal medicine with horrific and wide-ranging side effects, including mental confusion, headaches and dizziness, vomiting, fever, shaking and chills, hives, sensitivity to light, swollen hands and feet, difficulty breathing and swallowing, and exhaustion. It was terrible, nearly as bad as death itself.

After I was discharged, Mike became my caretaker at great personal expense to him, mentally and physically. His job was among the worst a care partner can experience: dealing with unknown effects of a major medical event. Sometimes he would come into a room where I was carrying on a conversation with my daughter, who died in 1979—the result of hallucinations caused by the antifungal medication. I would call out for our pet, Deuce, and get frustrated when he wouldn’t respond. We had put him down the year before.

Q: How have the infection, and the lasting effects of the treatments, affected your life since then?

A: It has had a devastating impact on Mike and me, and our plans for the future. The medical bills were astronomical, and then I lost my ability to maintain self-employment and had to close my business. The financial toll has threatened our retirement.

I saw the grief in Mike’s eyes every time we had to sell something he loved. We had partial ownership in a cabin left to him and his sister by their father, which we enjoyed so much and which held wonderful memories for Mike, but had to sell our share.

Today, I still have symptoms. I walk with a limp and cannot get an orthopedic surgeon to consider the hip replacement that would help, because there are still fungal pockets on my bones. My pain levels are always elevated. My disease and treatment have made me vulnerable to infections that have attacked my kidneys and sinuses. I suffer from short-term memory loss, which is getting worse every year.

Q: Why do you think it’s important to share your story?

A: Before this happened, I had never heard of drug compounding and never would have imagined speaking publicly about a personal medical ordeal. But I feel obligated because there are many others who have endured as much suffering or more. I weep for the dozens of families who lost loved ones and the hundreds of people who live every day with the lasting consequences of illnesses caused by contaminated compounded drugs.

I want everyone to know that this tragedy was preventable. The compounding pharmacy was appallingly negligent—and there wasn’t a good enough system in place for anyone to catch that or prevent it from affecting patients.

After the outbreak, Congress passed the Drug Quality and Security Act to prevent something like this from happening again. If that law is not implemented like Congress intended, patients will pay the price. I don’t want another soul to experience what we have, and I hope that by sharing my story I can help prevent this from happening to anyone else.

Full Implementation and Enforcement of Drug Compounding Law Will Save Lives

Four years ago today, Congress responded to a catastrophic fungal meningitis outbreak by enacting the bipartisan Drug Quality and Security Act (DQSA). That outbreak&mdash;the most extensive known example of harm to patients caused by compounded drugs&mdash;sickened at least 750 people, killing more than 60. Compounded drugs are specialized medications for patients whose clinical needs cannot be met by conventional, U.S. Food and Drug Administration-approved products. They are inherently riskier than drugs manufactured by pharmaceutical companies.