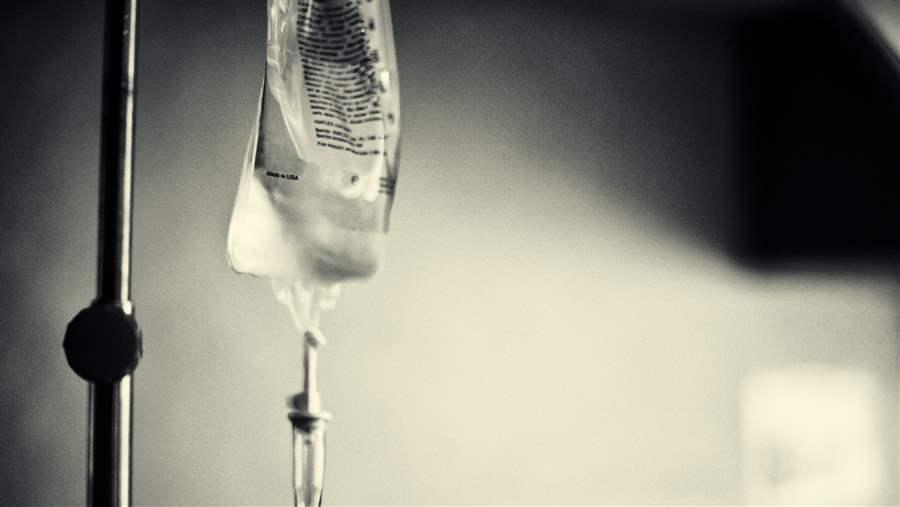 This is the third analysis in a series examining how health care is funded and delivered in state-run prisons, as well as how care continuity is facilitated upon release.

Every state strives to improve the health and wellness of its residents, in part by seeking to free communities of preventable illness. States aim to avoid and control the spread of communicable diseases by rapidly identifying and addressing new cases of infection, supporting disease elimination, and thwarting emerging and re-emerging health threats.

The health care that the prison population receives is a critical component of states’ public health strategies. Those in state prisons have high rates of infectious disease, and nearly all of these individuals eventually return to their communities. Prisons also receive a continuous flow of staff and visitors, contributing to this interconnectedness.

While these high prevalence rates and the close confines of prisons present a challenge, they also offer a public health opportunity on which states can capitalize by screening, diagnosing, and treating these communicable diseases in a group that is frequently hard to reach in the community. “Public safety is public health; public health is public safety,” according to former U.S. Surgeon General Richard H. Carmona. Similarly, the World Health Organization has said that “good prison health is essential to good public health” and that “good public health will make good use of the opportunities presented by prisons” to control the spread of infectious diseases.

The United States is grappling with an epidemic of opioid overdoses, misuse, and dependence. In addition to prescription drugs, illicit intravenous opioids such as heroin, fentanyl, and carfentanil are having devastating effects on families and communities.

An example is the spike in hepatitis C, which is spread primarily through contact with the blood of an infected person, typically by sharing needles or other injection equipment. The incidence rate of the hepatitis C virus in the United States began skyrocketing in 2011, more than doubling from 2010-15. This increase is largely attributable to injection drug use, according to the Centers for Disease Control and Prevention (CDC).

The disease, which can lead to serious liver problems, now causes about 19,000 deaths a year—more than 60 other infectious diseases reported to the CDC combined. States hit hardest by hepatitis C include Indiana, Kentucky, Maine, Massachusetts, New Mexico, Tennessee, and West Virginia. Not surprisingly, all seven have recorded a statistically significant increase in drug overdose deaths in recent years.

Also unsurprising is that hepatitis C is especially prevalent in prisons, making them an important setting for preventing and treating the disease, and ultimately curbing its transmission in the community.

Progress in the nation’s fight against sexually transmitted diseases (STDs) has “unraveled,” according to the CDC. In 2016, more cases—combining those of chlamydia, gonorrhea, and syphilis—were reported in the United States than ever before. This puts Americans at greater risk of severe and often irreversible health consequences, including infertility, life-threatening pregnancies, chronic pain, and susceptibility to HIV. It also costs the country’s health care systems billions of dollars a year.

Like hepatitis C, rates of STDs are high in correctional facilities. Effective screening and treatment policies and procedures play a key role in reducing transmission inside and outside their walls.

The positive and negative spillover effects of correctional health care on communities, depending on the nature and quality of the care, have been substantiated by a growing body of evidence. Management of tuberculosis (TB) provides an example of the positive role correctional health care can play. Because the incarcerated population is at an elevated risk for TB, the CDC—and before it, the Advisory Council for the Elimination of Tuberculosis—identified correctional facilities as a critical setting for detection and treatment. Actions by correctional staff to screen, contain, monitor, and collaborate with public health partners paid off. The number of TB cases in correctional facilities fell by 66 percent from 1994-2014, contributing to the U.S. rate hitting a provisional record low in 2016.

Despite the critical place prisons have in improving public health, state officials often lack the information they require to build and maintain high-performing prison health care systems that proactively make the most of diagnostic and treatment opportunities and avert the harmful and expensive consequences of inattention or missteps. Moreover, with prisons and communities constantly reintegrating returning residents, the public health effects of even well-designed and -executed health programs delivered inside facilities can be undermined if necessary treatment is not continued outside.

A first-of-its-kind report by The Pew Charitable Trusts details whether and how states monitor the quality of care they provide, as well as steps they take to facilitate seamless care continuity upon release. This research offers practical information and insights that policymakers and administrators can use to help optimize policies and programs for incarcerated individuals, state residents, and taxpayers.