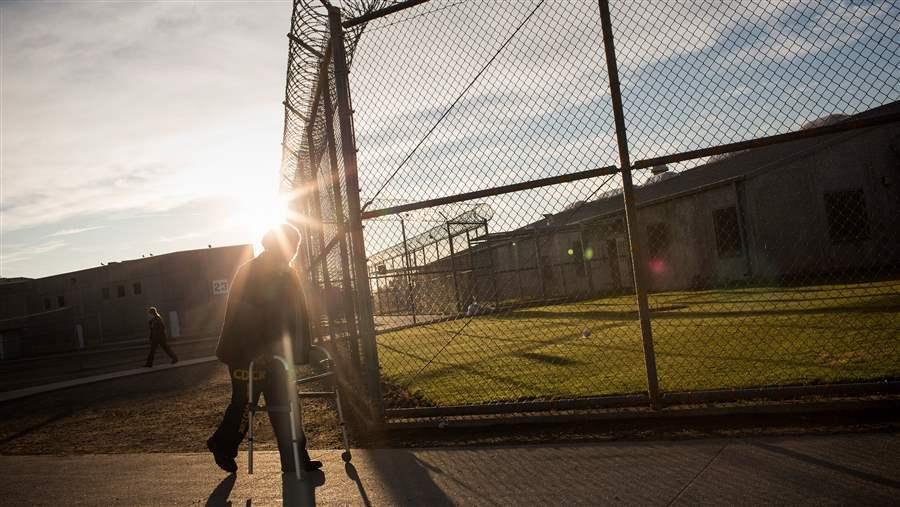 This is the first analysis in a series examining how health care is funded and delivered in state-run prisons, as well as how care continuity is facilitated upon release. Check back here to read other pieces in the series.

The past five decades have been transformational for prison health care, generally bringing it into closer alignment and integration with care provided in the community. Litigation largely drove these improvements as incarcerated individuals and their advocates began challenging substandard conditions and courts responded by defining legal rights and establishing minimum standards and accountability.

At the same time, correctional facilities increasingly became a setting in which people with serious health conditions—especially infectious diseases, substance use disorders, and mental illnesses—were diagnosed and treated. This was largely driven by the dual forces of the national war on drugs and the closing of mental hospitals. Along with the rapid growth of prison populations, this deteriorating inmate health profile increased the demands on prison health care systems. But it also created reason for policymakers to incorporate these systems into statewide public health and public safety strategies, because nearly all of those in prisons eventually return to their communities.

Today, every state has an interest in delivering care that meets constitutional requirements for treatment in prison and leverages opportunities to improve public health and reduce crime and recidivism. But executing this mission can come at a steep cost. Indeed, states spent $8.1 billion on prison health care in fiscal year 2015—probably about a fifth of overall prison expenditures. Such spending has grown rapidly over the past five decades, and continued to do so more recently. So it is critical that policymakers and correctional officials work to achieve these objectives in a cost-effective fashion. (See Figure 1.)

Meeting constitutional requirements. Before the 1970s, prison health care was frequently delivered by unqualified or overwhelmed providers, resulting in negligence and poor quality. These conditions led to a stream of lawsuits and a series of federal court decisions establishing a legal basis under which state correctional authorities are constitutionally obligated by the Eighth Amendment to provide prisoners with “reasonably adequate” health care. Care now must be at “a level reasonably commensurate with modern medical science and of a quality acceptable within prudent professional standards” and “designed to meet routine and emergency medical, dental, and psychological or psychiatric care.” States’ obligation and liability continue when care is outsourced.

Strengthening public health. The health care that the prison population receives is a critical component of states’ public health strategies. There are high rates of infectious disease among those in prisons, and nearly all of these people eventually return to their communities. Prisons also receive a continuous flow of staff and visitors, contributing to this interconnectedness. Although these high prevalence rates and the close confines of prisons present a challenge, they also offer a public health opportunity on which states can capitalize by screening, diagnosing, and treating these communicable conditions among a group that is frequently hard to reach in the community. “Public safety is public health; public health is public safety,” according to former U.S. Surgeon General Richard H. Carmona.

Protecting public safety and reduce recidivism. Prison systems are evaluated in part on their effectiveness at promoting public safety and reducing the persistent challenge of recidivism. Emerging research suggests that underlying health issues, particularly substance use disorders and mental illness, contribute to incarceration and recidivism and that treatment, combined with seamless care continuity for individuals when they return to communities, can help prevent both. Given their high prevalence, behavioral health conditions in correctional facilities have increasingly become a focal point for intervention. The stakes for success are high, because recidivism comes at great public safety and fiscal cost.

Practicing fiscal prudence. Every state has an interest in operating high-performing prison health care systems that meet constitutional obligations and improve public health and public safety. However, doing so can be expensive, and all states operate with finite resources. These two opposing dynamics—improving results while containing costs—have been the central tension within prison health care for decades. The only way for policymakers and correctional administrators to satisfy both is to continually appraise the value of their systems. In other words, states must regularly evaluate whether they are achieving desired outcomes at a sustainable expense. To do that, officials need to rigorously collect and analyze detailed, actionable spending and quality data, use the information to identify strengths and weaknesses, and make refinements. At the same time, they also need to facilitate seamless post-release care continuity to help ensure that the benefits achieved and the resources devoted to stabilizing people’s health while they are incarcerated are preserved upon release.

A first-of-its-kind report by The Pew Charitable Trusts delves deeply into these issues, offering practical information and insights that policymakers and administrators can use to help fine-tune policies and programs in the service of incarcerated individuals, state residents, and taxpayers.