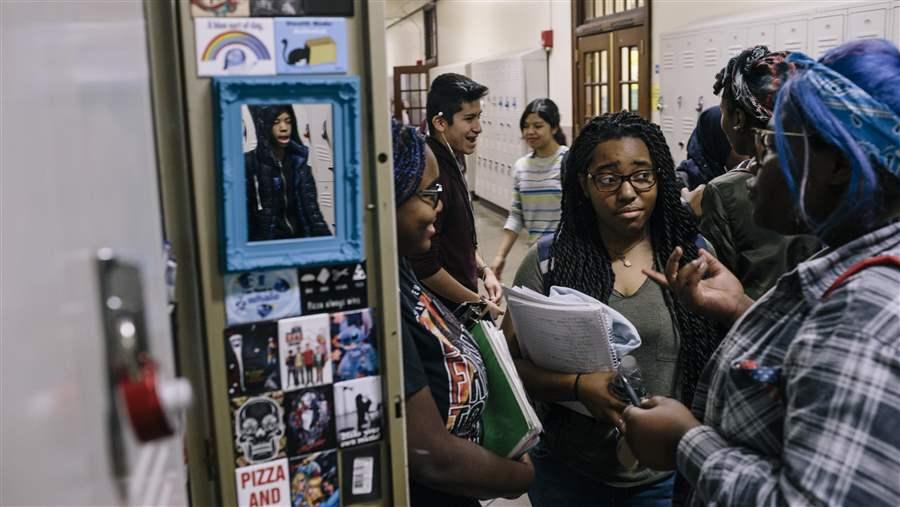 Since 2001, as part of a state takeover, the School District of Philadelphia has been run by the five-member School Reform Commission (SRC), with two members selected by the mayor and three by the governor of Pennsylvania. Now, at the urging of Mayor Jim Kenney, the SRC has voted itself out of existence, a move intended to return the city’s schools to local control.

Assuming all goes as planned, the district will be run by a nine-member board appointed by the mayor, starting in July; this was the system in place before the SRC was created. City Council is considering a change to Philadelphia’s charter that would subject these appointments to a council confirmation process, one that would likely include public hearings. The charter change requires council action and voter approval.

In addition to those four cities, the others studied were Atlanta, Boston, Chicago, Cleveland, Denver, Houston, Indianapolis, Los Angeles, Miami-Dade County, Milwaukee, New York, and St. Paul, Minnesota. They were chosen for their size and economic and demographic similarities to Philadelphia.

Since the early 1990s, a number of states have inserted themselves into the governance of urban school districts; officials often cited district fiscal problems and academic performance as the reasons why. Several of those interventions have run their course.

In Baltimore, a city-state partnership began operating the schools in 1997, with the mayor and governor sharing the power to appoint school board members. In spring 2017, the Maryland Legislature voted to end the arrangement at the urging of Baltimore Mayor Catherine Pugh (D).1

In Detroit, the Michigan state government ran the schools from 1999-2005 and again starting in 2009, placing operations under control of an emergency financial manager appointed by the governor; an elected school board was in place but had limited powers. In January 2017, a newly constituted local board, elected by voters, took charge with the state’s approval.2

In Newark, the state took over in 1995; the governor appointed the district’s superintendent, with the elected school board serving in an advisory capacity. The takeover law set specific criteria for a return to local control, based on the district’s performance. This September, the New Jersey board of education voted to return all management of the district to local control.3

Selecting a school board

Of the cities studied, 10 have elected school boards and six, including Philadelphia, have appointed ones. Among the six, the mayor has sole power to select members in Boston, Chicago, Cleveland, and Baltimore.4 In all of those cities except Chicago, the choices come from lists generated by nominating panels; Philadelphia would also have such a panel. In New York, the mayor selects eight of the 13 members, with the five borough presidents picking one member each.

City Council does not play a formal role in any of those cities, as it would in Philadelphia under the proposed charter change, which Mayor Kenney has indicated he supports. The change, if approved by council, would likely be put to Philadelphia voters in May 2018. If the mayor were to make his initial appointments before then, they would not be subject to immediate council confirmation.

The School District of Philadelphia has never had an elected board; every other district in Pennsylvania has one. Across the country, the vast majority of school boards are elected. Generally, elected boards have taxing power and appointed boards do not. Philadelphia’s board would not be able to impose taxes; that power would rest, as it does now, with City Council.

There is no consensus among researchers about whether any particular form of school governance leads to better outcomes. But there is broad agreement that clear lines of responsibility and accountability are essential.

In 2001, the state of Pennsylvania took over the School District of Philadelphia. The move, which came with the consent of the city&rsquo;s mayor and included an increase in state and city funds for the schools, followed years of turmoil during which the district twice sued the state over funding, the superintendent resigned in frustration, and state officials pushed to have a private company manage Philadelphia&rsquo;s schools.