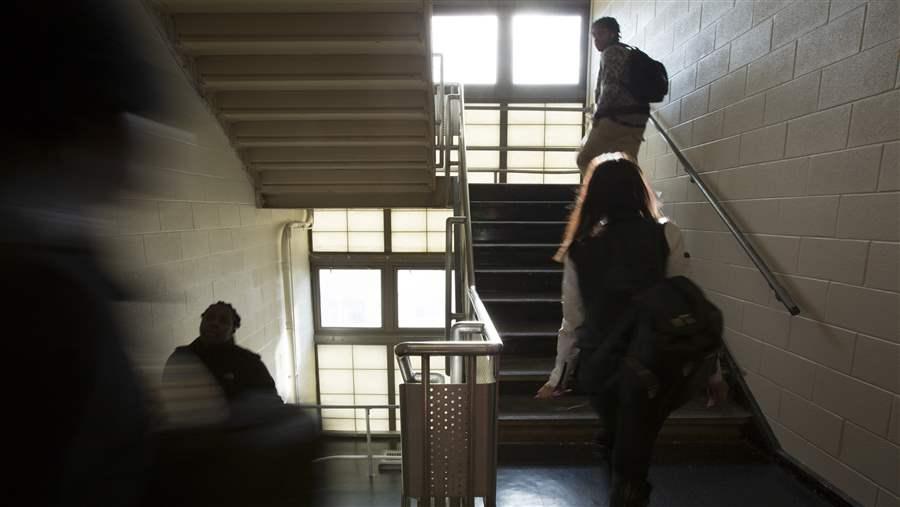 Since 2001, the School District of Philadelphia has been run by a state-controlled commission.

In 2001, the state of Pennsylvania took over the School District of Philadelphia. The move, which came with the consent of the city’s mayor and included an increase in state and city funds for the schools, followed years of turmoil during which the district twice sued the state over funding, the superintendent resigned in frustration, and state officials pushed to have a private company manage Philadelphia’s schools. The School Reform Commission (SRC), which was created as part of the takeover, runs the district, with three members appointed by the governor and two by the mayor. That arrangement has been the subject of continuing debate, with education advocates calling for a return to local control—and Pennsylvania Governor Tom Wolf and former Philadelphia Mayor Michael Nutter also advocating an end to the state takeover of the city’s schools.

There is no consensus among researchers about whether any particular form of school governance—including state takeovers, mayoral control, or elected local boards—leads to better student performance or fiscal management. But there is strong agreement that any governance system must avoid uncertainty about responsibility and accountability in order for schools to make progress.

If and when state control of the School District of Philadelphia comes to an end, policymakers will have to decide how to govern the city’s schools. This brief is intended to inform those decisions.