To Save Outback, Queensland Should Boost Conservation Investments

Note: This post has been updated to include more thorough information on the return on investment in Indigenous land management efforts.

Queensland, the second-largest state in Australia, is home to an extraordinary diversity of native plants and animals, and largely intact landscapes. From the dense tropical rainforests of Cape York to the open grasslands of western Queensland, the state is home to nearly 10,000 plant species, more than any other state in Australia. Scientists discover an average of 20 new plant species in Queensland each year. 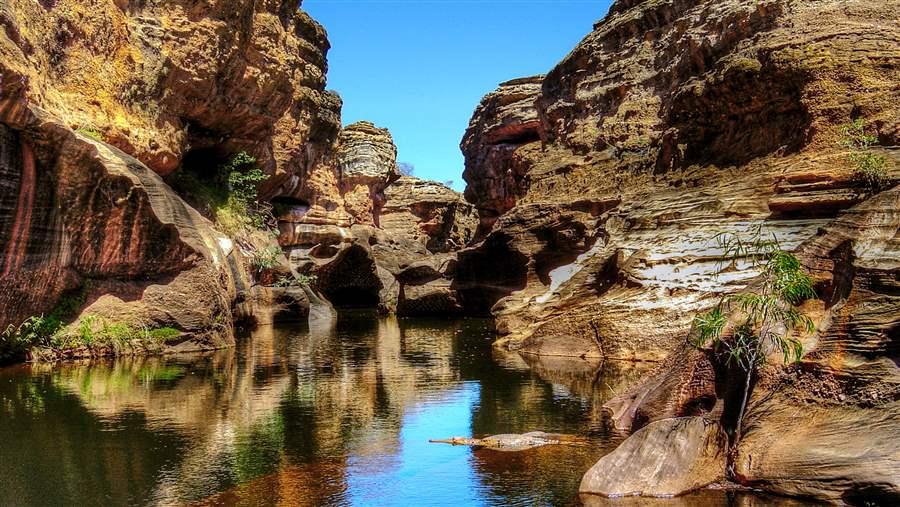 The remote landscapes of Outback Queensland make up almost two-thirds of the state (270 million acres). For more than 50,000 years, Indigenous people have maintained an enduring connection to these landscapes, which they actively manage to sustain cultural and natural values. 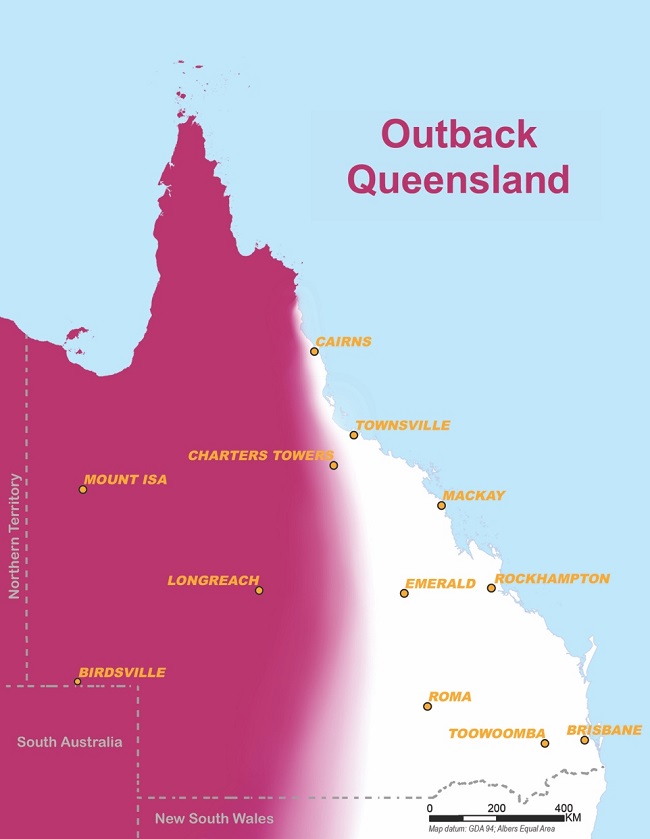 But those connections, and Outback Queensland at large, are under threat: Feral animals, invasive weeds, and destructive wildfires are pushing native species to the brink of extinction and undermining productive rural industries. To counter that, the Queensland Government must increase its investment in conservation and land management here. 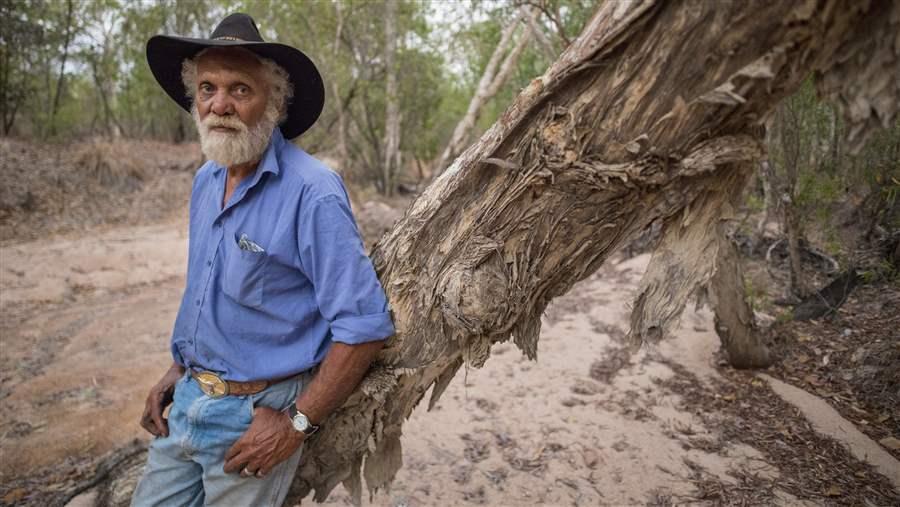 Queensland has long suffered from under-investment in conservation and land management, with only 8.4 percent of its land area protected—the lowest proportion of Australia’s states and territories. The other three Outback states—Western Australia, Northern Territory, and South Australia—have 23.3 percent, 24.9 percent, and 30.1 percent of their lands protected, respectively (Figure 2). 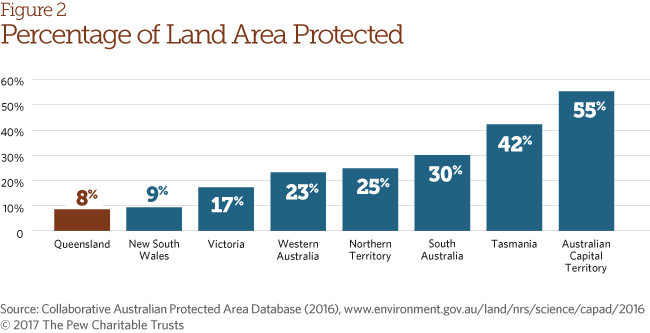 Fortunately, existing conservation initiatives with a proven track record of success in Queensland provide a strong foundation for increased public investment. Research by The Pew Charitable Trusts has identified three key priorities for that investment: 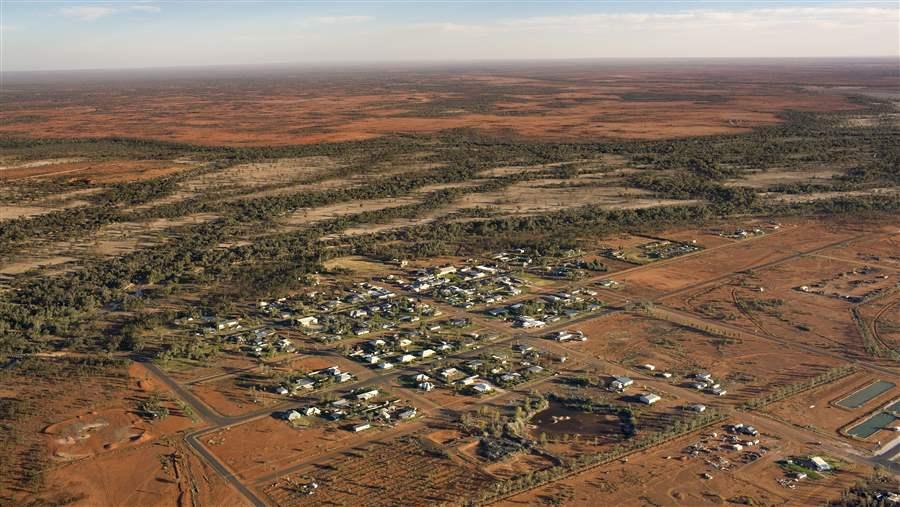 An aerial view of the remote town of Thargomindah—home to just 200 people—in the Outback region of south-west Queensland, Australia.

Nature refuges: Supporting landholders to care for their land

Protected areas on private land—known as nature refuges—have been the fastest-growing of the many types of safeguarded land in Queensland. To date, 500 landholders have dedicated their land for conservation, covering an area of more than 10 million acres.

Among those are large pastoral stations, which account for more than 70 percent of Queensland’s private protected lands. Three of the largest nature refuges are on stations—Holroyd, Bulloo Downs, and Rutland Plains—that protect over 1.8 million acres of tropical savanna, woodlands, and native grasslands.

Nature refuge agreements between landholders and the Queensland Government commit landholders to protect the “significant conservation values” of their land and allow other uses, as long as they’re sustainable. Some properties are eligible for funding to help manage a refuge, for example to improving fencing to prevent livestock from entering sensitive areas on a property.

The program has been highly successful, but limited investment in recent years threatens its sustainability. By boosting investment, the government could support landholders and advance a cost-effective strategy for expanding Queensland’s protected area.

Indigenous land management is also crucial to the health of this vast state.

The Queensland Indigenous Land and Sea Ranger program provides funding and technical support to Rangers in 17 communities across Queensland. Indigenous Rangers care for the land—which they call country—using both traditional knowledge and modern science. For example, they conduct species surveys, control introduced predators such as feral cats, and set small, controlled burns to reduce the risk of large, destructive wildfires. 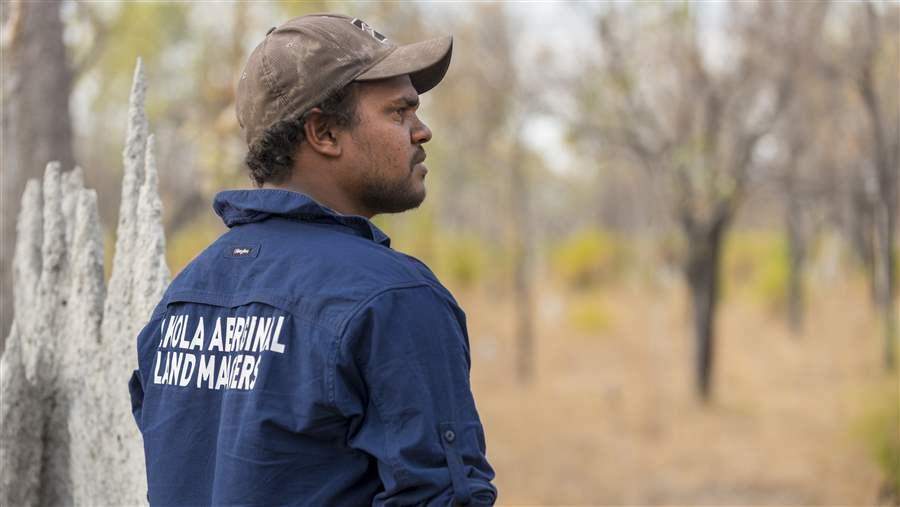 In 2014, the Queensland government returned 2 million acres, across five former cattle stations on Cape York Peninsula, to the Olkala traditional owners. During a 10-day “research blitz” in 2015, scientists found rare species of fish and orchids and discovered more than a dozen species of spiders on Olkola country.

Indigenous Ranger programs provide significant benefits to remote communities where other forms of employment are scarce. In 2016, a return on investment analysis produced for Australia’s Department of the Prime Minister and Cabinet found that every AU$1 invested in Indigenous land management returned more than AU$3 value, not only through low-cost land management, but also through the flow on benefits of meaningful work on country, including increased skills and confidence, the transfer and preservation of cultural knowledge, improved health and well-being, stronger community role models, safer communities, and improved justice outcomes. Communities with Indigenous land and sea management programs also reported improved and innovative models of partnerships with government, nongovernmental organizations, and the private sector, and strengthened governance and management capacity within local communities and organisations.

This year, the Queensland Government increased funding for Indigenous rangers to bring the total number from 75 to 100. That’s a step in the right direction, but the government can do much more to support the growth of this highly successful program. 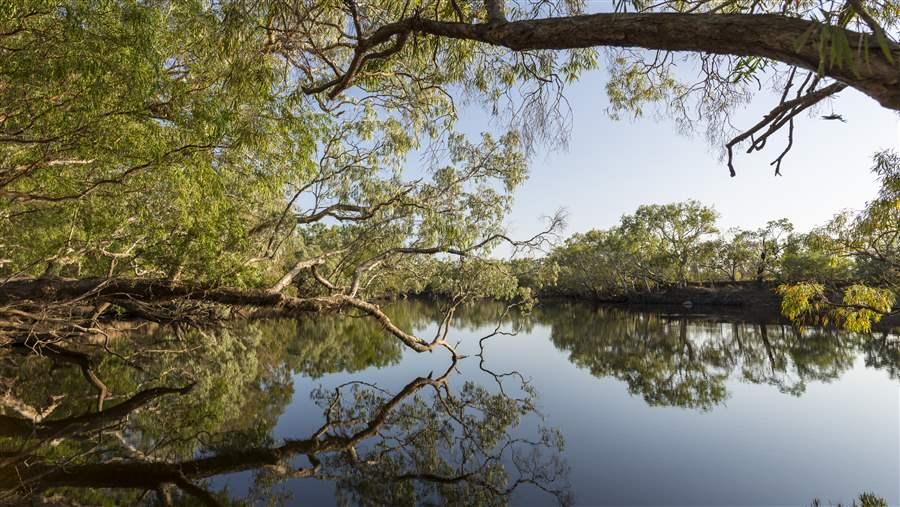 National parks provide a haven for native wildlife and are highly valued by Queenslanders for recreation. A 2012 State Government survey found that the parks receive 51 million domestic visits per year, with 67 percent of Queenslanders reporting that they had visited a national park in the past year.

Domestic and international visitors to Queensland’s national parks are estimated to contribute more than AU$4.4 billion to the state economy each year.

Public support for increased investment in national parks is strong: A 2009 survey commissioned by WWF Australia found that nearly 7 in 10 respondents supported the proposition that the State Government purchase land for national parks to protect wildlife habitats.

Increased investment in national parks will help to create new tourism opportunities and employment for regional and remote communities and to safeguard the state’s most threatened native wildlife.

Queensland is one of Australia’s most biodiverse regions, and species are still being discovered in its vast landscapes. By increasing funding for state-owned national parks, private nature refuges, and Indigenous Ranger programs, the Queensland Government can meet its commitment to protect land and bring its conservation levels on par with other Australian states.

Pepe Clarke is the deputy director of The Pew Charitable Trusts’ Outback to Oceans program.

Exclusive photos &amp; findings from the new book "My Country, Our Outback."&nbsp;