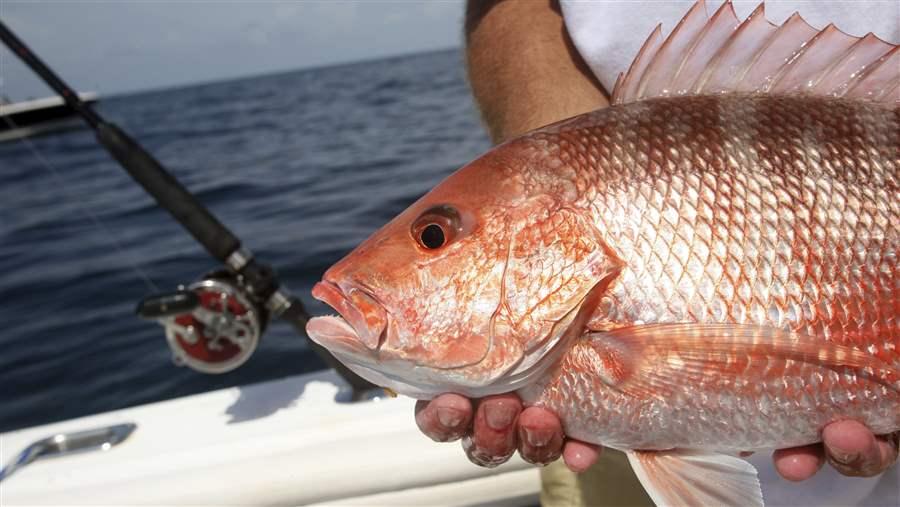 Editor's note: This article has been updated to reflect the most recent information about allowable fishing days.

A rushed decision to reopen red snapper fishing along the U.S. South Atlantic coast could threaten the species’ ongoing recovery, but anglers can help reduce deaths of fish thrown back and gather needed data to help scientists who are studying the fish.

During some days in fall 2017, fishermen can legally catch and keep the popular red snapper, which is still rebuilding from decades of overfishing. In September, the South Atlantic Fishery Management Council, which oversees fishing from North Carolina to east Florida, reversed a nearly complete moratorium on fishing for red snapper that had been in effect for years. Council members voted to allow the catch of 42,510 fish in fall 2017. The opening allows each recreational angler to keep one red snapper per day. The council also voted to give commercial fishermen a 75-pound-per-trip catch limit—and a total of about 125,000 pounds for 2017. This means commercial fishing will likely be open for the remainder of the year. The council also set a 2018 red snapper fishing season, possibly allowing recreational anglers between four and seven fishing days starting in early July, and granting commercial fishermen an approximately 125,000-pound catch limit for the entire 2018 season.

While reopening red snapper fishing may jeopardize progress toward recovery of the species, the council did urge fishermen to use specialized fishing gear called descending devices, which help red snapper survive catch and release after being pulled from the depths. This rapid ascent to the surface can cause a dangerous buildup of pressure in their internal organs, similar to how scuba divers get the bends. The devices help fish quickly get back to deeper waters and recompress, which allows them to swim away. Several studies have shown that proper use of descending devices can significantly improve the survival of some deep-water species. This is important because many red snapper are caught incidentally when fishermen target other species and too often do not survive catch and release. This high rate of bycatch is a major driver of continued overfishing for this species.

Council members also advised fishermen to use single-hook rigs, return fish to the water as quickly as possible, and avoid red snapper hot spots once they have reached their daily limit. These simple steps could help reduce the number of fish that die during catch and release.

State officials have pledged to monitor catch and collect samples of fish caught for study. In North Carolina, South Carolina, and Georgia, fishermen can donate filleted fish carcasses to freezer drop-off points that will be set up in those states. In Florida, officials plan to increase sampling conducted at docks. The biological information collected through these programs can contribute to improved stock assessments. The council also is encouraging anglers to test its new electronic reporting website, MyFishCount.com, which it hopes to refine for future use. More information about the red snapper season can be found at the council’s website.

The Pew Charitable Trusts hopes that anglers will participate in these efforts, and we are partnering with the South Carolina Wildlife Federation to get the word out. We also urge the council to require that fishermen use descending devices in future seasons, rather than simply encouraging it.

In explaining their vote to reopen fishing, council members said they believe red snapper’s numbers are increasing and cited concerns from fishermen about the continued moratorium. But they fast-tracked the reopening without consulting their scientific advisers—a risky move that undermines legal requirements to let science guide decisions about fish and fishing. This is a dangerous precedent, and we hope the National Oceanic and Atmospheric Administration, which has final say over the council’s actions, will take a second look at decisions about a 2018 season before they become final.

Red snapper still have a long way to go to reach full recovery. To help achieve that, a greater number of older fish, which are the species’ most productive breeders, must stay in the water. Seeing the results of that strategy will take time and patience. In December, council members will discuss additional ways to help keep red snapper’s recovery on track and ensure that fishing is sustainable. At that meeting, we hope science and caution play a much larger role than they did in the September votes.