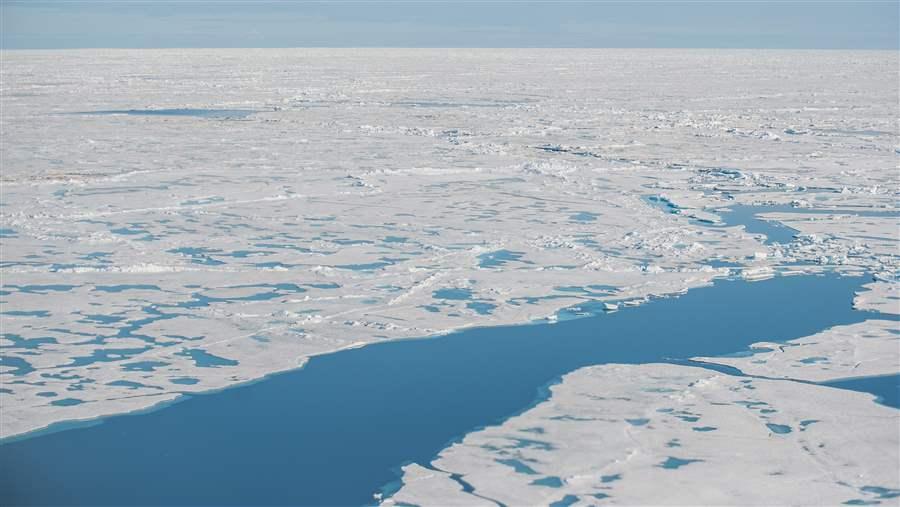 As sea ice that was once considered permanent melts in the international waters of the Central Arctic Ocean, nations are negotiating an agreement to close the region to commercial fishing until science, backed by policies, can ensure a sustainable fishery.

No nation on Earth has ever commercially fished in the high seas of the Arctic Ocean for one simple reason: Throughout human history, those waters have been covered with ice. This week before the annual Arctic Circle gathering in Reykjavík, Iceland, scientists from nine countries reminded the world of a letter—signed by more than 2,000 scientists from 67 countries in 2012—asking international negotiators to do more to protect the fragile polar ecosystem from commercial fishing fleets.

In that original letter, the scientists point out that the loss of permanent sea ice due to global warming has opened up as much as 40 percent of the fragile region during the summers and that, as the melting continues, more than 1 million square miles of ocean wilderness could be ice-free during summer in the next 10 to 15 years. They further note that, because this essentially creates a new high seas area, every nation in the world has some right of access to it.

The scientists' plea was heard: In 2015, the only five countries with Arctic coastlines—Canada, Denmark/Greenland, Norway, the Russian Federation, and the United States—met for the first time and signed the Oslo Declaration, in which they pledged not to fish in the high seas waters of the Central Arctic Ocean until science shows that it can be done sustainably. Since then, five other governments whose distant-water fleets fish the Arctic—China, the European Union, Iceland, Japan, and Korea—have joined in negotiations with the original five nations to either expand the Oslo Declaration signatories or create a new agreement, but the group has not yet reached a consensus on that.

Before the next round of negotiations on this precautionary agreement takes place in Washington from Nov. 28-30, scientists are urging the leaders of Arctic fishing nations to complete the agreement and to also include provisions for an international, cooperative scientific effort to generate data to help ensure the long-term well-being of the Central Arctic Ocean ecosystem.

Almost two-thirds of the signatories of the original letter are scientists from the coastal Arctic countries. That letter calls on all nations to put a moratorium on commercial fishing in the Central Arctic until scientific data clearly show the impacts of that activity on the ecosystem, including seals, whales, and polar bears, and on the people whose lives depend upon the harvest of sustainable Arctic foods.

The real concern is that fishing nations around the world interested in a more active role in the region will send their large distant-water fleets to the Arctic. Scientists say even the act of exploratory fishing could permanently damage the already fragile and changing ecosystem, making sustainable fisheries even more difficult.

Sadly, history also shows that starting commercial fishing in an area without regulations can lead to permanent environmental harm and make it harder than ever to establish precautionary policies.  Now is the time for international policymakers to listen to the advice of scientists. Proceeding with caution and cooperation can ensure that new fisheries will be managed sustainably.