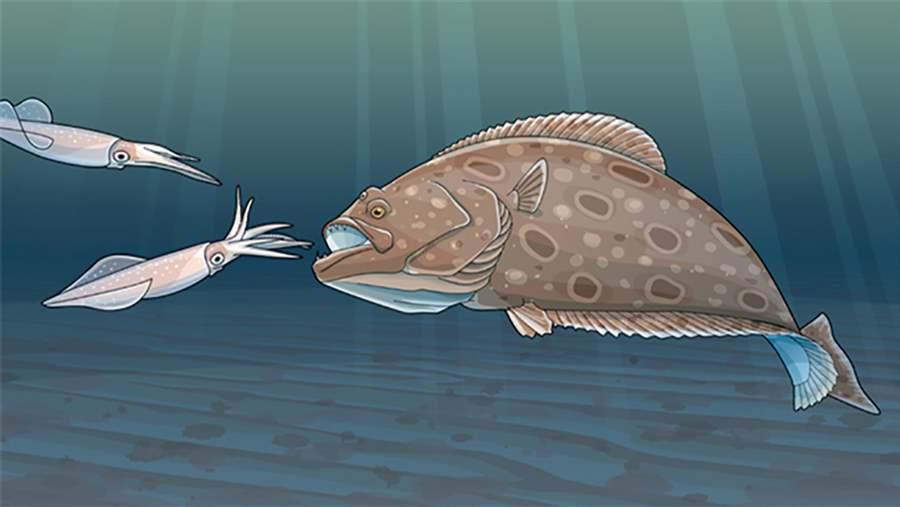 Squid in the Atlantic Ocean are prey for a number of other commercially and recreationally valuable species, including summer flounder.

Squid, best known as calamari, are optional eating for humans. But these nimble cephalopods are a critical food source for many predators, from summer flounder, bluefish, tuna, and striped bass to whales, seabirds, sharks, and dolphins. And it’s these species—and the fishermen, anglers, tourists, and seafood consumers who enjoy them—who pay the price when too many squid are caught during spawning.

Earlier this year, we wrote that squid gathering to spawn during the summer deserved a break from fishing. This summer, the Mid-Atlantic Fishery Management Council voted overwhelmingly to take an important first step in that direction, removing a loophole that allowed excessive fishing during spawning. While that policy change won’t take effect until the National Oceanic and Atmospheric Administration’s National Marine Fisheries Service (NOAA Fisheries) finalizes the rule, The Pew Charitable Trusts hopes that will happen by next summer. In the coming months, the Mid-Atlantic Council is considering further action to limit squid fishing in a relatively small but essential spawning area just south of Nantucket, where the animals are particularly vulnerable.

The costs of heavy squid fishing in summer

The intensity of squid fishing during summer spawning has increased in recent years, and management loopholes have allowed fishermen to surpass the seasonal catch limit by a significant margin. Concentrated inshore summer fishing disrupts spawning and mating behavior, and damages squid eggs, often leading to lower populations in the following year. This can have costly ripple effects that harm predator populations, alter ecosystem interactions, and result in lower catches for fishermen targeting both squid and their predators. All of this, in turn, can hurt related coastal businesses.

Summer squid fishermen often toss a lot of nontarget species—known as bycatch—overboard, including summer flounder, striped bass, and black sea bass. Further, squid fishing, which involves gear that scrapes along the seafloor, has been concentrated south of Nantucket and Martha’s Vineyard, in areas with rich and sensitive inshore bottom habitat that can be easily damaged.

How the council moved to improve conservation

After hearing and receiving over 13,000 public comments in favor of a common-sense ecosystem approach to managing squid, the Mid-Atlantic Council voted to close a loophole that allowed permitted boats to continue targeting squid after a summer closure.  Specifically, the council reduced the “incidental” limit after a closure by 90 percent, from 2,500 to 250 pounds per trip, in the summer fishing season. This new limit will help remove the incentive to continue fishing after a closure, since 250 pounds of squid is too small an amount to generate much profit. For the approximately 1,000 fishing vessels that have no squid permit, the council also reduced the daily trip limit from 2,500 to 250 pounds, not just in summer but year-round. Had these conservation measures been in place in 2016, more than 6 million pounds of squid would have remained in the ocean during the spawning season to fulfill their ecological role.

More progress on the horizon?

As the new management measures move into final rule-making with NOAA Fisheries, the Mid-Atlantic Council is analyzing the potential benefits of further limiting catch during spawning in the small but ecologically vital area south of Nantucket and Martha’s Vineyard. At its upcoming meeting in December, the council will decide whether to move toward managing squid fishing differently in this limited place during this specific time in order to protect squid spawning aggregations and egg masses.

We encourage the council to continue working to protect this important forage species and its habitat, for the long-term benefit of all who depend on a healthy and productive ocean.

Every summer, as crowds amass on New England beaches, another gathering is underway in the waters just offshore. Millions of Atlantic longfin squid return from a winter spent in the deep cold waters off the East Coast to the ecologically rich shallower waters near Nantucket and Martha&rsquo;s Vineyard. Life is short for these squid&mdash;they live less than two years&mdash;so they make the most of the crowded summer party. Before long the seafloor is dotted with &ldquo;squid mops&rdquo;&mdash;thousands of white egg masses that bear a striking resemblance to the floor-cleaning device.

What Are Forage Fish?

Forage fish are small species such as herring, menhaden, and sardines that swim in big schools and feed on plankton. Though tiny, forage fish play a massive role in our ocean's ecosystem, serving as a critical food source for species ranging from sharks and whales to seals and seabirds.