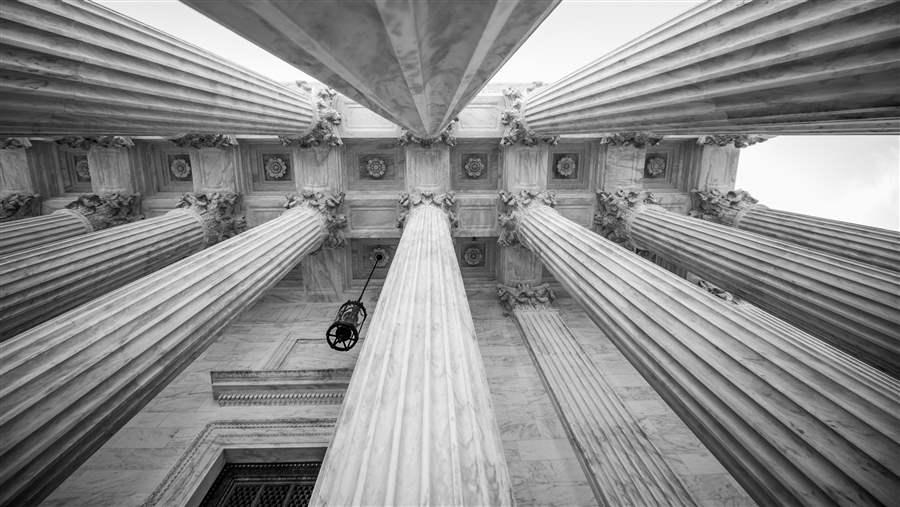 The Consumer Financial Protection Bureau (CFPB) finalized a rule in early July that will protect consumers’ rights to bring class-action lawsuits—in which plaintiffs band together to seek resolution through the civil justice system—against financial institutions. The rule prohibits banks from including in financial agreements mandatory predispute arbitration clauses with class-action bans or waivers that bar customers from joining group lawsuits and require that disputes be settled by a third party who hears from both sides and renders a binding decision.

The rule, which also empowers the CFPB to collect data on arbitration proceedings, does not ban all consumer banking arbitration agreements, only those that prohibit consumers from accessing the courts. Currently, almost all arbitration agreements include such a provision. The CFPB scheduled the rule to apply to all covered consumer finance agreements entered on or after March 19, 2018.

Consumers strongly favor the right to go to court to hold banks accountable: Ninety-five percent say they should have the right to have their cases decided by a judge or jury, and 89 percent want to be able to participate in a group lawsuit.

Most disputes between consumer finance companies and their customers are for small sums of money. This means that for many consumers, the cost or effort associated with filing a lawsuit or arbitration challenge may outweigh the benefit. The CFPB has concluded that “people almost never spend the time or money to pursue relief” on small claims but that class-action lawsuits can provide a more effective remedy.

Opponents of the new rule argue that class-action lawsuits are of little benefit to consumers and only serve the interests of attorneys. The average payouts to each consumer in the class-action settlements that the CFPB studied in a report released in 2015 were approximately $30, while the average arbitration payout was more than $5,000. However, class actions lead to greater aggregate sums of money going to consumers.

Consumers are largely unable to avoid arbitration agreements, which nearly all major consumer financial services providers use. Even when a consumer obtains an account that is not subject to an arbitration agreement, the terms can quickly change. Pew’s research has found that checking account and prepaid card agreements almost universally included “change-of-terms” notices that allow the provider to impose new contractual requirements with little or no notice to the consumer.

The final CFPB rule attempts to balance the interests of consumers and financial providers by allowing companies to require arbitration for individual disputes, including cases in which a court denies class-action status. The agency also did not regulate voluntary arbitration agreements, leaving the parties in any consumer finance dispute free to agree to arbitration after a dispute arises if they choose. Without the rule, mandatory binding arbitration agreements would probably continue to be nearly impossible to avoid, harms that are small on an individual basis but large in the aggregate might never be resolved, and the results of arbitration proceedings would not be reported in a way that helps researchers and legal analysts form a deeper understanding of the costs and benefits of arbitration generally.

Thaddeus King is an officer with The Pew Charitable Trusts’ consumer banking project in Washington.

An update to the arbitration findings in 2015 Checks and Balances

Pew urges the Consumer Financial Protection Bureau to expeditiously finalize rules that give consumers the ability to choose how they pursue a dispute.