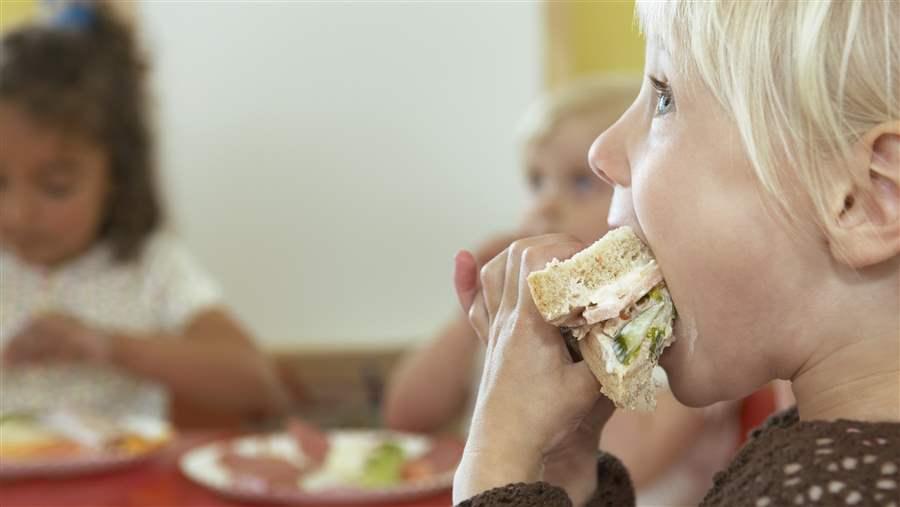 The Child and Adult Care Food Program plays a critical role as a federal nutrition safety net for low-income children and families who are at risk of unreliable access to healthy food.

Updates to a federal nutrition program for children in early care and education (ECE) settings will mean healthier meals and snacks for millions of kids across the country without substantial cost increases for providers, according to a new report on the impact of the changes and strategies for successful implementation that is being released in time for National Childhood Obesity Awareness Month.

Each day, more than 4 million kids, many from low-income families, receive meals and snacks for which providers are reimbursed through the Child and Adult Care Food Program (CACFP), which provides funding to ECE sites, as well as after-school and adult day care institutions. Through the program, the U.S. Department of Agriculture aims to ensure that all of these vulnerable populations have daily access to nutritious foods. This fall, the USDA will implement a rule updating the nutrition standards for CACFP, the first such change in nearly 50 years. To be eligible for reimbursement, meals and snacks now must contain a greater variety of vegetables, including those that are dark green, red, and orange, and fewer grain-based desserts, such as cakes and cookies. The changes also require more whole grains and less added sugar and saturated fat. The study found that once the changes are implemented, the program will better meet enrolled children’s nutritional needs while having only minimal effects on provider costs.

The report—written by researchers with the Kids’ Safe and Healthful Foods Project, a collaboration between The Pew Charitable Trusts and the Robert Wood Johnson Foundation—captures the findings of a health impact assessment (HIA) that was undertaken to predict how the changes to CACFP’s nutrition standards might affect the overall health of children up to age 5 who are served by the program in centers and family child care homes. HIAs bring together research, health expertise, and stakeholder input to identify the potential and often overlooked health effects of proposed laws, regulations, projects, policies, and programs.

Changes will improve children’s diets, even many not served by CACFP

The assessment concluded that some of the new standards, such as updated requirements for whole grains, fruits, and vegetables, will translate into health benefits for children. For example: 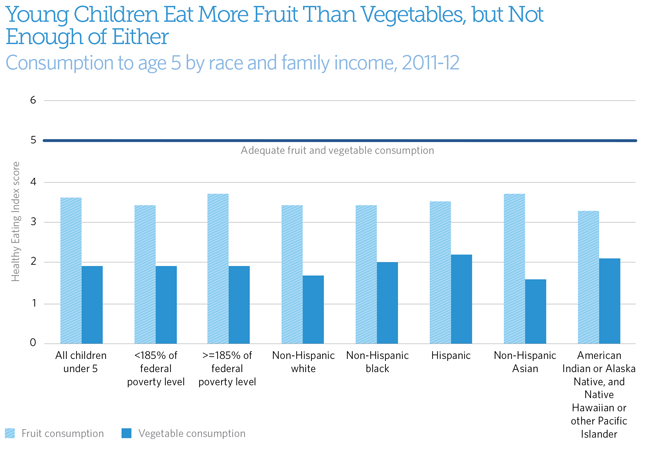 After a phased-in implementation, providers are required to be in full compliance with the updated standards by Oct. 1. According to the report, strategies that can help providers successfully serve nutritious meals and snacks that meet the standards include:

Stephanie Scarmo leads and Sallyann Bergh contributes to research on school nutrition programs and policies for the Kids’ Safe and Healthful Foods Project, a collaboration between The Pew Charitable Trusts and the Robert Wood Johnson Foundation.

Each day across the United States, more than 4 million children, many from low-income families, receive meals and snacks through the U.S. Department of Agriculture&rsquo;s (USDA) Child and Adult Care Food Program (CACFP). The program, which began as the Child Care Food Program in 1968, provides funding for these foods, in the form of reimbursements, to a variety of child care, after-school, and adult day care institutions that serve young children, older adults, and chronically disabled people. Through CACFP, the USDA aims to ensure that all of these vulnerable populations have daily access to nutritious foods.

The federal Child and Adult Care Food Program (CACFP) provides funding for meals and snacks in a variety of child care, after-school, and adult day care institutions that contribute to the health and wellness of young children, older adults, and chronically impaired disabled people.