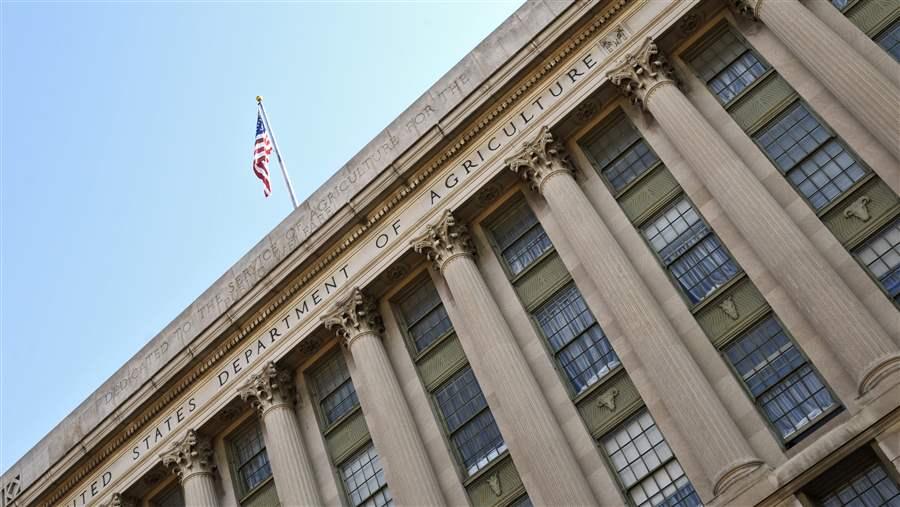 The U.S. Department of Agriculture’s system for meat and poultry oversight was created over a century ago and does not appropriately protect Americans against today’s health risks.

For many high school students in the United States—myself included—Upton Sinclair’s novel The Jungle has been required reading. The book exposed health hazards and unsanitary practices in the American meatpacking industry and played a pivotal role in the enactment of the Federal Meat Inspection Act of 1906. Central to this federal oversight system were government inspectors, which for the first time had to be present in slaughterhouses and processing plants to ensure the safety of the produced food.

These inspectors play an important role, not only to protect food safety but also to detect animal diseases, such as classical swine fever or foot-and-mouth disease. To ensure safe foods, inspectors seek to keep the animals that are unfit for human consumption out of the food supply and verify that the slaughter operation has systems in place to minimize contamination that results in human illness.

When the current meat and poultry oversight system was developed more than a century ago, it aimed to detect the most significant food safety risks at the time, such as tuberculosis, brucellosis, and trichinellosis, using the technologies available then. Inspectors had to rely primarily on their senses of sight, smell, and touch to determine whether an animal was infected. Luckily, these diseases—which today are no longer among the top food safety risks in the United States—were detectable in that way. This, however, is not the case for the diseases that currently present major foodborne hazards—such as Salmonella, Shiga toxin-producing E. coli, and Campylobacter. Countries around the world are grappling with this issue, re-evaluating their meat inspection oversight systems to improve alignment with today’s hazards and incorporate modern technological solutions.

To improve protection, the U.S. Department of Agriculture should better align its inspections with the risks posed to human health, a determination that should be made based on a range of relevant factors, including the particular animals slaughtered, products produced, and food facilities involved. By doing so, the U.S. meat and poultry inspection system will be well-equipped to handle foodborne risks to Americans’ health, now and into the future.

Enacted with President Theodore Roosevelt&rsquo;s signature on June 30, 1906, the Federal Meat Inspection Act was a leap forward for beef and pork safety, and Congress applied essentially the same inspection rules to poultry five decades later. But the laws have barely been updated since. As a result, despite vast changes in the health risks that these products pose to consumers, the federal meat and poultry oversight system remains designed for threats that it faced many years ago, not those that exist now and into the future. The system also does not adequately employ new technologies, such as the latest advances in microbiological testing, to improve food safety.