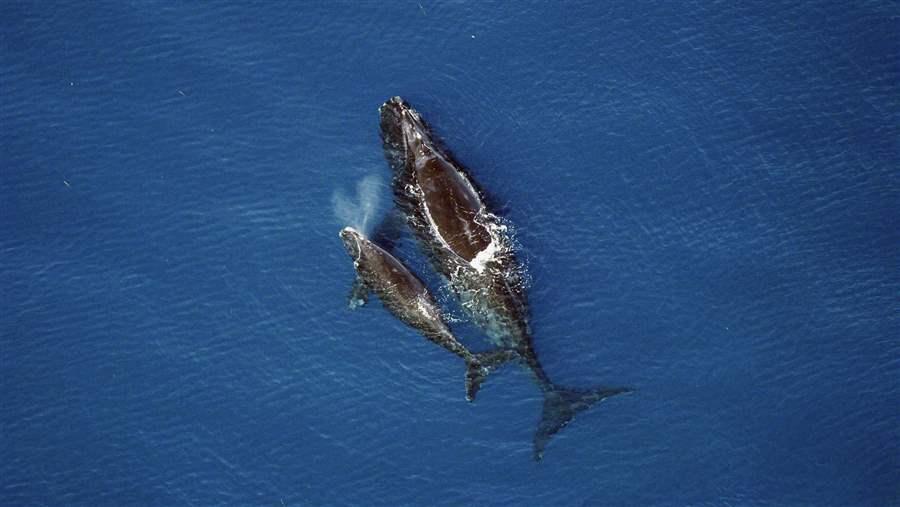 Right whales, such as this mother and calf, are critically endangered throughout their range. Scientific surveys of the Northeast Canyons and Seamounts Marine National Monument off the coast of New England show that this area is a hot spot for these cetaceans and many other marine mammals.

As you read this, the opportunity for Americans to voice their opinion on an extraordinarily biodiverse area of the Atlantic Ocean is closing. Aug. 15 is the final day to submit comments to the Department of Commerce on the Northeast Canyons and Seamounts Marine National Monument, which was established to safeguard an ecosystem teeming with sea life, including deep-sea corals that can take centuries to reach full size.

The Trump administration is reviewing the marine monument—the only one in the U.S. Atlantic Ocean—for possible modification, reduction, or elimination. To help inform the administration during its review, The Pew Charitable Trusts submitted a letter outlining why this special area deserves continued protection.

Last year, before the monument was created, I wrote about why this special area needed protection. Northeast Canyons and Seamounts is a documented hot spot for marine mammals, including endangered right whales, and is extremely rich habitat for sensitive deep-sea corals. The National Oceanic and Atmospheric Administration (NOAA) undertook two major explorations here, in 2013 and 2014, and found new and rare species each time. Just last month, scientists documented extraordinary dense forests of Lophelia coral near the monument—the most Lophelia ever seen so far north. 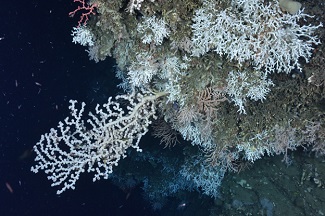 Before creating the monument, the Obama administration consulted with stakeholders and reduced the size of the protected area by 22 percent, from 6,300 square miles to 4,913 square miles. Officials also reduced the scope: The original proposal covered five canyons and four seamounts, as well as Cashes Ledge, a separate area rich in biodiversity in the Gulf of Maine. As designated, the monument encompasses two separate areas—one containing three canyons, and the other containing four seamounts—and omits the Cashes Ledge area.

Public data show that the monument area is one of the most lightly fished areas in the Northeast. And when the monument was designated in September 2016, fishermen for lobster and deep-sea red crab—the two commercial fisheries most affected by its creation—were accommodated with a seven-year “sunset” period to continue fishing in the monument area. This gives those businesses time to relocate to neighboring fishing grounds, diversify their operations, or both. They and other fishermen also stand to benefit from the well-documented “spillover” of species from protected areas to nearby waters. 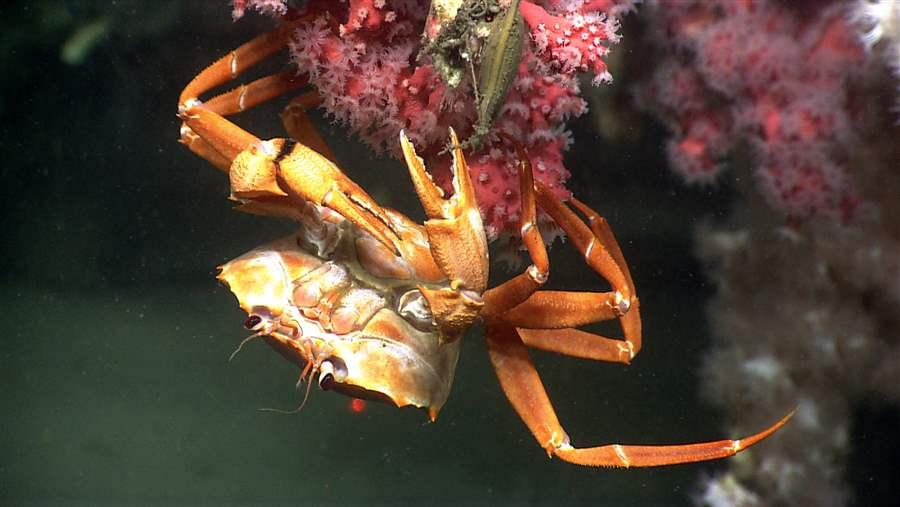 A deep-sea red crab hangs out on a bubblegum coral in the monument area.

Hundreds of thousands of Americans voiced their support for this national marine monument before it was designated. And in just the two months this year that the Department of the Interior invited public comment on the review of the monument, 225,000 people registered their support for continued protection of the Northeast Canyons and Seamounts.

As the review begins its next phase, we hope decision-makers will agree that this monument should remain as it is, without changes to its boundaries, scope, or allowed activities.