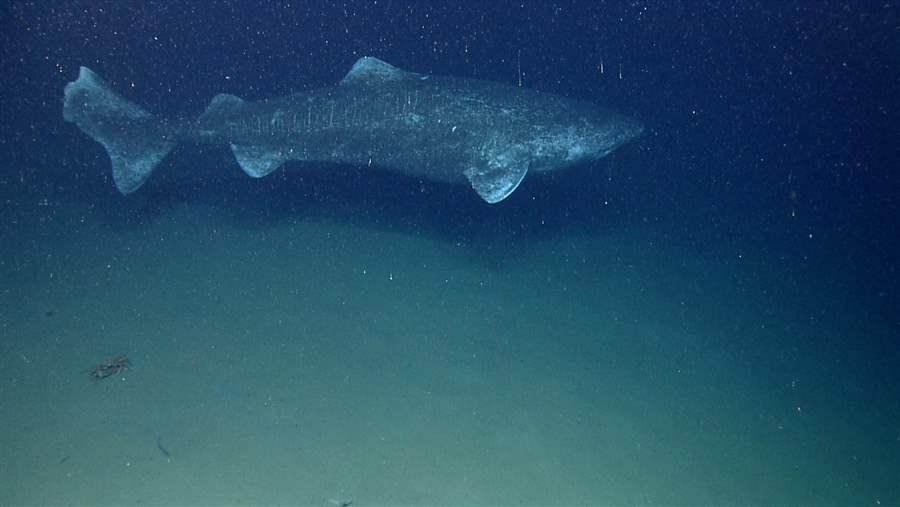 On the last day of the expedition, scientists spotted a Greenland shark in the depths—a species identified this year as the world’s longest-lived vertebrate, with a life span that could exceed 400 years.

In the year since the National Oceanic and Atmospheric Administration (NOAA) began seeking public input on whether to permanently protect three deep-sea ocean canyons and four underwater mountains about 150 miles southeast of Cape Cod, the case for such protection has grown significantly.

The areas under consideration, known as New England’s Canyons and Seamounts, contain the Atlantic Ocean’s only underwater mountains, which are extinct volcanoes. The largest, Bear Seamount, rises over 7,000 feet from the seafloor and is taller than New Hampshire’s Mount Washington, Maine’s Mount Katahdin, and every other mountain east of the Rockies. The three canyons plunge steeply thousands of feet from the edge of Georges Bank. Oceanographer Canyon, the largest in this area, is more than 8,000 feet from rim to floor, deeper than the Grand Canyon.

These enormous physical features interact with ocean currents to form pockets of swift water, swirling eddies, and calm zones. The mixing churns nutrients and oxygen through the water column, supporting huge populations of tiny organisms that attract ever-larger animals looking for a meal. The mountains and canyons also provide the kind of hard footing that deep-sea corals, sponges, and many other organisms need to establish themselves and thrive. As a result, the canyons and seamounts are home to an unusually high concentration of animals—and, as scientists showed this year in a wide-ranging analysis, are hot spots for both bottom habitats and marine mammals.

When NOAA’s Office of Ocean Exploration and Research undertook an expedition to this place in 2013, more than half a million people tuned in to watch the live video feeds. Scientists on the mission could barely contain their excitement at what they saw. Scientists documented more than 70 coral species, 24 of which had never been seen in the region, and discovered what they called a “coral forest.” Some of the largest corals, taller than most humans, may be over 1,000 years old. On the last day of the expedition, scientists spotted a Greenland shark in the depths—a species identified this year as the world’s longest-lived vertebrate, with a life span that could exceed 400 years. The one spotted in the canyons might have been even older than our country. 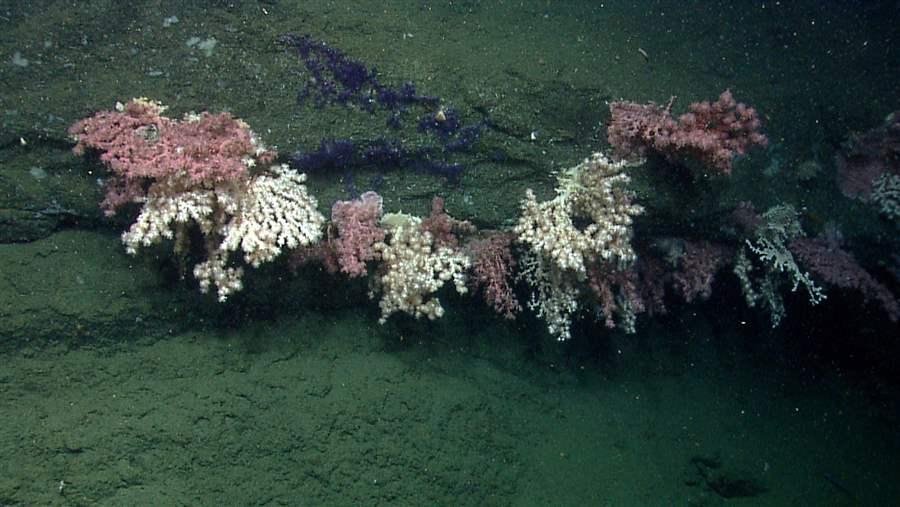 On a 2013 expedition to the area, scientists described the landscape as a coral forest, with individual corals, possibly 1,000 years old, as tall as small trees.

For the past year, Pew has worked to raise public awareness of the scientific case for protecting the New England’s Canyons and Seamounts area, a move that would establish the first marine national monument in the Atlantic Ocean.

This effort has paid off: Since September 2015, more than 300,000 people—including business owners, boaters, surfers, beachgoers, scientists, educators, members of faith-based organizations, and elected officials—have voiced their support for permanent protection of the area. In July, a poll of Massachusetts and Rhode Island residents found strong bipartisan support for President Barack Obama to safeguard the area in perpetuity. In August, the full congressional delegation from Connecticut asked the president to designate the area a national monument.

The White House has been listening, too. It is still accepting public comment through a dedicated email account it created over a year ago. A town hall meeting last year in Providence, Rhode Island, attracted 300 people, 65 of whom provided comment. And since March, the administration has held at least four rounds of meetings—in Massachusetts, Rhode Island, and Washington—for stakeholders, including the fishing industry.

Pew is proud to be part of a coalition of educational and conservation organizations working to save this special place. We hope the president also sees the long-term benefits of protecting such a special and vibrant area of our ocean.