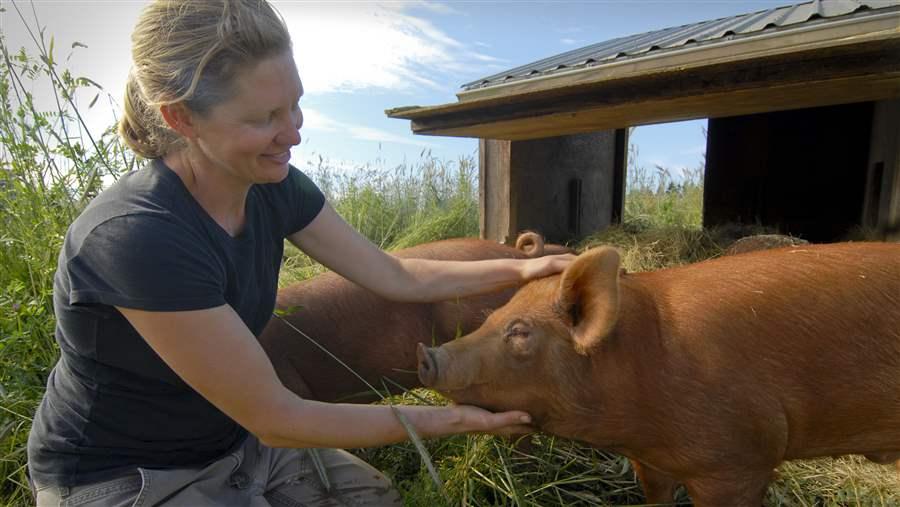 As U.S. stakeholders work to enhance antibiotic stewardship in animal agriculture, a report from the World Organisation for Animal Health (OIE) offers useful insights into global antibiotic use patterns and how they vary around the world.

The report is based on responses from more than 70 percent of OIE’s 180 member countries, which voluntarily submitted their antibiotic use data from 2010 to 2015, and is part of a larger effort to support a Global Action Plan on Antimicrobial Resistance adapted by OIE, the Food and Agriculture Organization of the United Nations, and the World Health Organization. The information provides a first-of-its-kind overview of the global use of antibiotics in animal agriculture—important information for guiding future policy and research efforts to slow the rise of antibiotic-resistant bacteria.

Among the key findings, the report shows that the most-used types of antibiotics differ significantly by region. For example, tetracyclines and macrolides accounted for more than 60 percent of reported antibiotic use in the Americas but only 22 percent in Asia.

Although the data do not supply sufficient details for stakeholders to fully understand what is driving differences in antibiotic use patterns, the report outlines a contributing factor: variation in the distribution of food animal species around the world. For example, poultry, sheep, and goats are most common in countries in Asia, while cattle and pigs are most prominent in the Americas. Because different species are afflicted by different diseases, they may require varying types of antibiotics.

Although much progress needs to be made in understanding and improving antibiotic use, the OIE report is an encouraging indicator of how seriously governments around the world are taking international efforts to address antibiotic resistance, and it provides a useful baseline for tracking advances in data collection moving forward.

Robust data on antibiotic consumption are fundamental to guiding evidence-based policies that combat the growing threat of antibiotic resistance in the United States as well as globally. OIE’s report demonstrates that data collection is possible across geographic regions with vastly different infrastructures, and it also reinforces the importance of interpreting antibiotic consumption within the context of regional animal disease challenges. In the U.S., Congress allocated vital funding in the 2017 budget for the U.S. Department of Agriculture to gather some of these data within the National Animal Health Monitoring System—information that will be critically important to improving antibiotic stewardship. Maintaining sufficient funding for these efforts in the years ahead will be crucial to a better understanding of emerging resistance.

Trends in U.S. Antibiotic Use

Antibiotic resistance is a pressing global public health problem. This first report on trends in antibiotic use in the United States brings together diverse sources of information in both human health care and animal agriculture settings. It complements and informs efforts to set evidence-based goals aimed at reducing unnecessary antibiotic use.

Antibiotic Use Patterns in Animal Agriculture Around the World

A new report from the World Organisation for Animal Health (OIE) offers valuable insights into regional patterns in the global use of antibiotics in food animals. In its second annual examination of antibiotic use, the OIE for the first time includes data adjusted to account for the size of the various animal populations that might require antibiotics. This approach to interpreting the data&mdash;factoring in what is known as animal biomass&mdash;helps to contextualize the use of antibiotics and provides a baseline for tracking progress in improving their use.