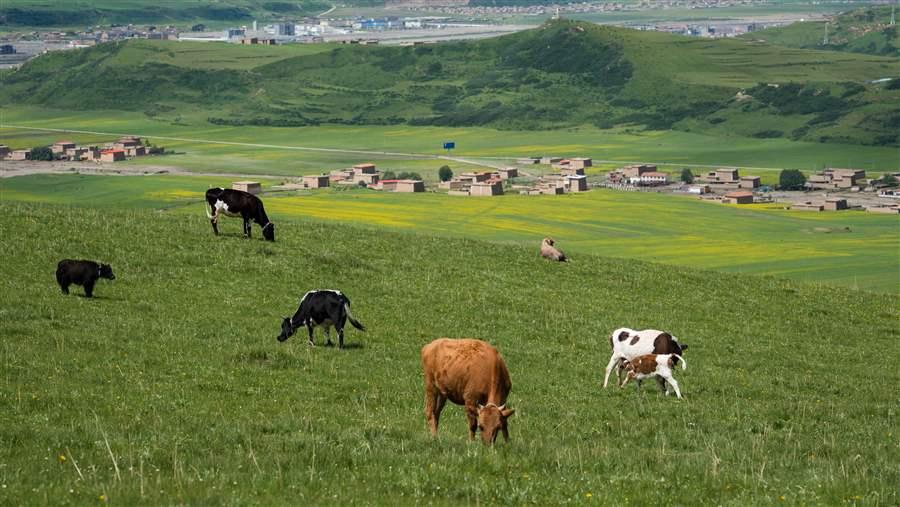 A new report from the World Organisation for Animal Health (OIE) offers valuable insights into regional patterns in the global use of antibiotics in food animals. In its second annual examination of antibiotic use, the OIE for the first time includes data adjusted to account for the size of the various animal populations that might require antibiotics. This approach to interpreting the data—factoring in what is known as animal biomass—helps to contextualize the use of antibiotics and provides a baseline for tracking progress in improving their use.

Based on quantitative data from 2013 through 2016 provided by 143 of the 180 OIE member countries, as well as 3 nonmember countries, the report includes information about the use of antibiotics for growth promotion, as well as use broken down by species and drug class.

The report also explores the barriers that countries say keep them from reporting data. A lack of a regulatory framework and limited cooperation between national authorities and the private sector—for example, when data are held outside of governmental veterinary or agricultural agencies—are the two most frequently reported reasons. A better understanding of these hurdles will help efforts to increase the availability of quantitative data, a key objective outlined in the Global Action Plan on Antimicrobial Resistance adopted by OIE, the U.N. Food and Agriculture Organization, and the World Health Organization in 2015.

The importance of biomass

The use of biomass in these calculations can help researchers and policymakers better understand animal antibiotic use data. Differences among animal populations—such as their physical size and quantity—often make the data hard to interpret or compare across regions and over time. Factoring in biomass can provide critical context.

This year’s report provides the baseline for these biomass adjustments, but interesting insights are already emerging. For example, cows in the Americas accounted for 61 percent of the animal biomass—the total population that could potentially be receiving antibiotics—but only 21 percent in Asia and the Pacific region. The data show that the quantities of antibiotics used, when adjusted for animal biomass, differed considerably across regions, with Africa on the lower end of the spectrum, and Asia and the Pacific region on the higher end. The species and the types of diseases they are susceptible to undoubtedly play a role in this regional variation in antibiotic use, but the data do not clearly explain what drives these differences.

To its credit, OIE has taken on the significant task of reporting international antibiotic use data to provide a more detailed picture of use patterns around the world. The new types of information added to this year’s report—biomass calculations and country observations on the barriers to reporting data—will help guide global efforts to improve data collection and antibiotic stewardship. The Pew Charitable Trusts provided support for the OIE report.

Moving forward, increasing the number of countries responding to OIE’s surveys and seeking more detailed information through the questionnaire would be useful improvements. Robust data provide a foundation for developing evidence-based public policies and are essential for making sure that research efforts focus on the topics most critical in the fight against resistant bacteria.