Sharks have been around for 400 million years, before the time of the dinosaurs, but there’s much more to them than big teeth and summer blockbusters. Consider these facts, which will change what you think about sharks.

No Need to Fear the World’s Biggest Shark 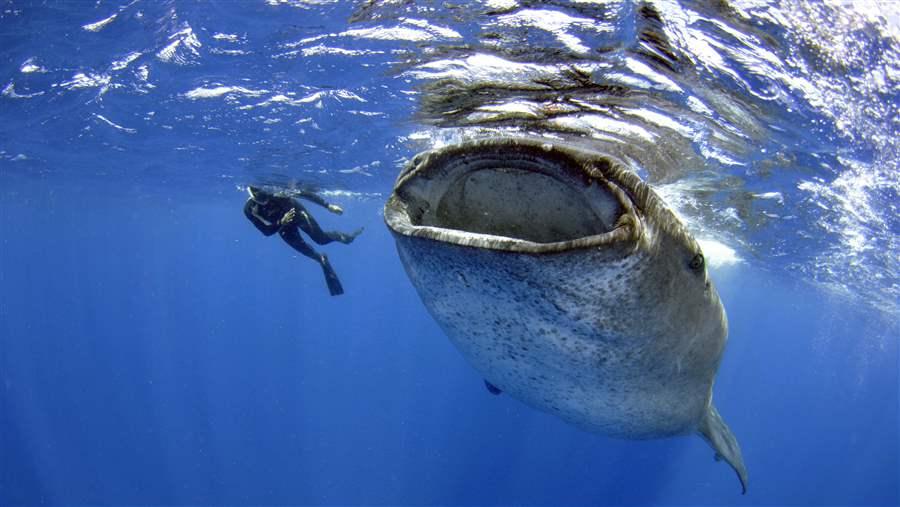 Whale sharks are gentle giants of the ocean, often growing as long as 40 feet. They swim with their mouths open to filter-feed on small fish, invertebrates, and plankton. While whale sharks aren’t seen on Shark Week as often as jagged-toothed great whites are, they do attract large audiences of divers—contributing about $47.5 million worldwide each year.

Some Sharks Can Walk

There’s a shark species found off the coast of Indonesia that doesn’t just swim around. It gets from place to place by walking on the ocean floor. 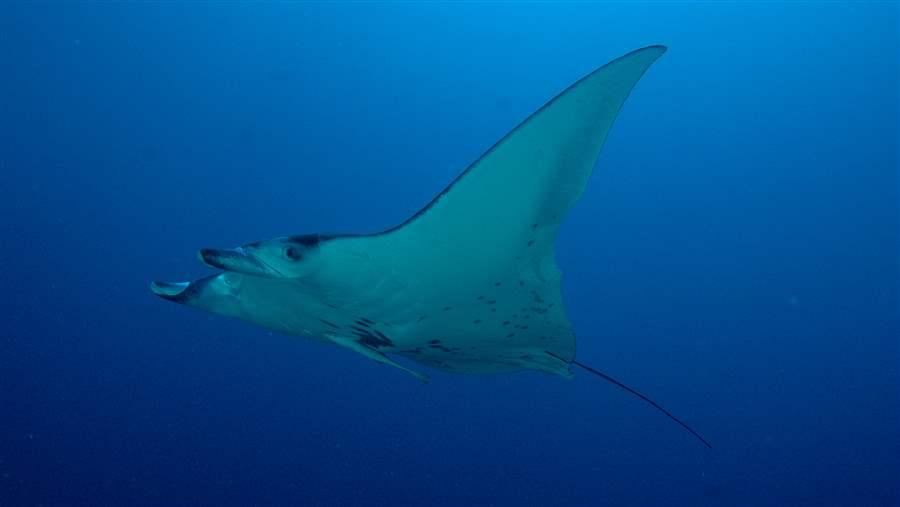 Though they look different, rays are closely related to sharks—so closely, in fact, that they’re often referred to as flat sharks. These species have cartilage skeletons and float through the water thanks to their oil-rich liver—not the swim bladder on which other fish rely. Mobula rays, pictured above, and manta rays have received protections through the Convention on International Trade in Endangered Species of Wild Fauna and Flora (CITES).

This Shark Has Many Names—Just Don’t Call Him ‘Jaws’ 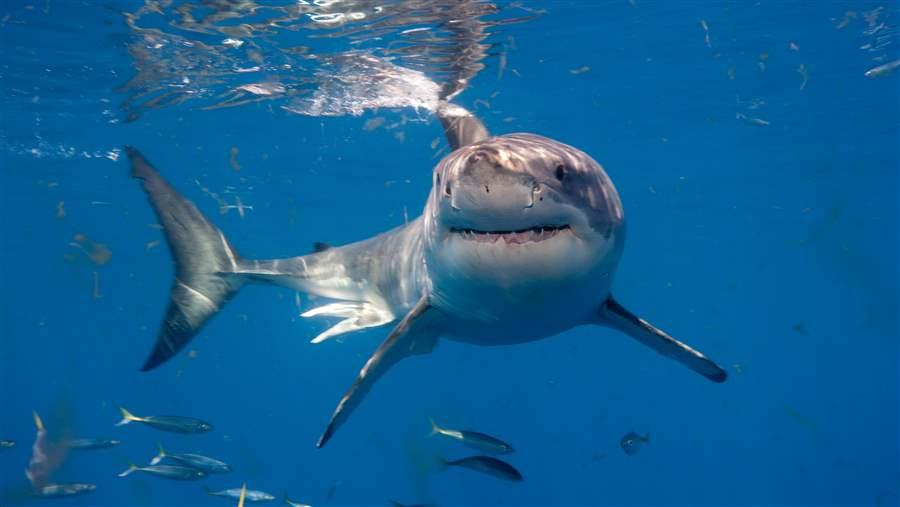 You’ve heard of a great white shark, but what about a white or blue pointer? Turns out, they’re all the same species! In Australia, the world’s most famous shark is called a white pointer, while in South Africa, it’s a blue pointer.

Last year, scientists discovered a Greenland shark estimated to be 400 years old. That makes this species the oldest known living vertebrate. These slow-growing sharks don’t reach reproductive age until around 150, so it’s fortunate that they have a long life span to make up for lost time.

Have you ever seen a shark give birth? This may come as a surprise, but many shark species give birth to live young instead of laying eggs. That makes them more like mammals than other fish. Researchers released a video in 2015 of what they think is the first thresher shark birth caught on camera. 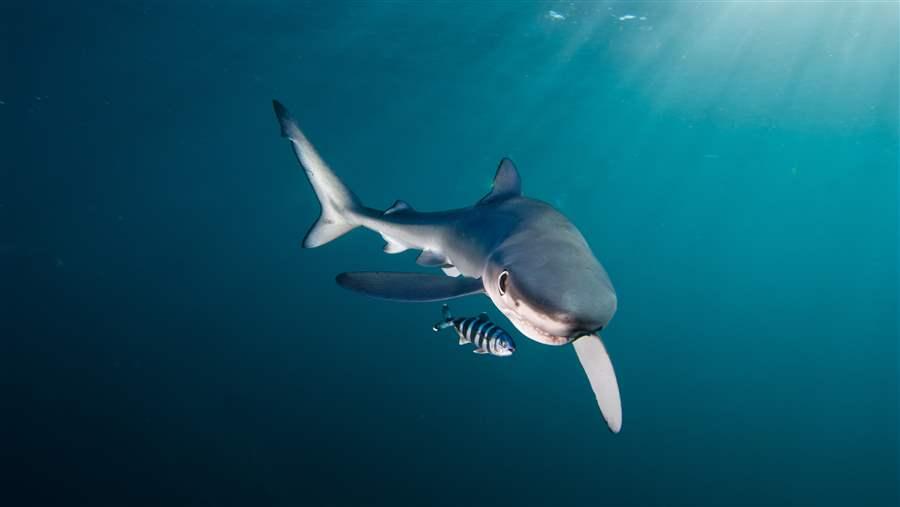 These sleek indigo sharks are found in nearly all the world’s oceans—and are also the most caught. About 20 million blue sharks are killed every year, most of them for their fins. This heavy fishing has caused their numbers to drop sharply. Fortunately, Samoa and Sri Lanka have proposed giving blue sharks protections through the Convention on Migratory Species (CMS). Other shark species that could receive protections through CMS this year are whale sharks, dusky sharks, wedgefish, guitarfish, and angel sharks. 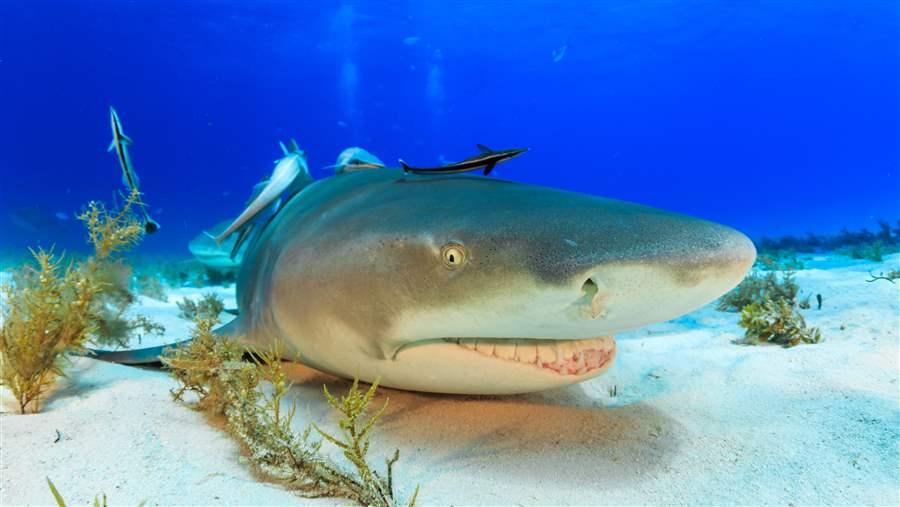 There’s no place like home. There’s no place like home. Sharks don’t have ruby slippers to help them get home, but some species have an amazing innate ability called philopatry, the tendency to return to where they started their lives. Female lemon sharks, for example, swim all the way back to where they were born in The Bahamas to give birth to their young. The island chain is one of 15 shark sanctuaries worldwide, where sharks are safe from commercial fishing.

There Are Some Very Surprising Sharks in the Sea 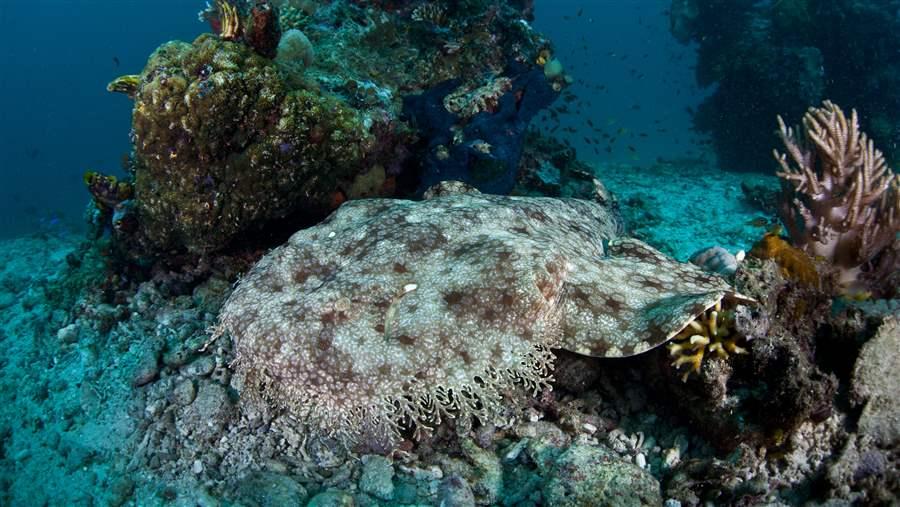 It’s a coral! It’s a carpet! It’s a … shark? The tasseled wobbegong is one of the more unusual sharks in the ocean, but this bottom-dweller isn’t the only unexpected species swimming around reefs. There are more than 500 species of sharks in the world’s oceans—and there may be many more that scientists still have not identified.