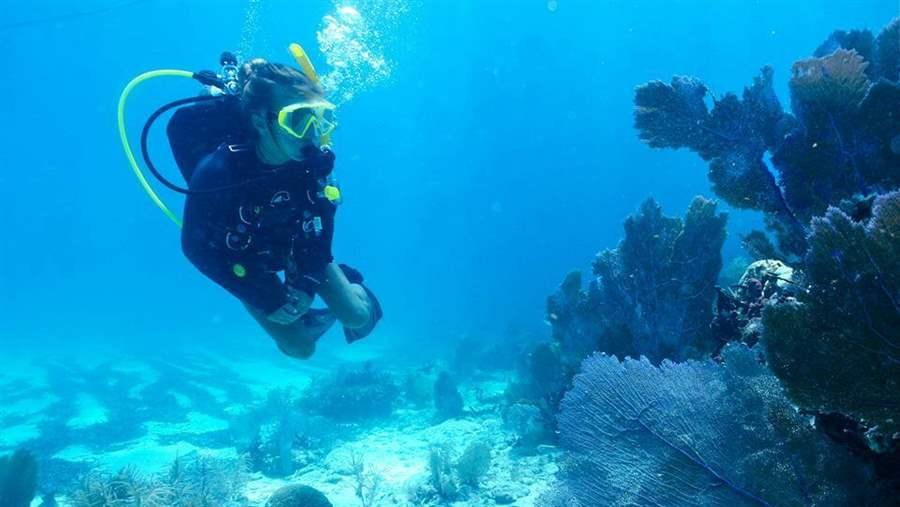 Meaghan Faletti dives off Marathon in the Florida Keys in 2014 to search for invasive lionfish and survey juvenile fish and shrimp.

When Meaghan Faletti stares into the eyes of fish, she can see their past.

Faletti isn’t a wildlife psychic. She’s a University of South Florida marine science graduate student using a new technique to study fish in the Gulf of Mexico by peeling back the layers of their eyeballs like an onion. Those layers carry traces of carbon and nitrogen isotopes from different stages of a fish’s life— information that helps Faletti figure out when and where fish are spawning and moving. With that data, fishery managers can take steps to conserve or enhance fish habitat and help protect spawning fish.

Faletti, 24, is one of the first recipients of a new $10,000 fellowship sponsored by the Florida Forage Fish Coalition, which is led by the International Game Fish Association and includes Pew, the Florida Wildlife Federation, and the Snook and Gamefish Foundation. The coalition is collaborating with leading academic institutions and Florida government researchers to increase knowledge about forage fish, which are small schooling fish that are valuable food sources for many larger fish and other marine animals such as whales and birds.

Faletti, who has had a lifelong interest in fish, has worked on projects involving grouper, lionfish, and other species and will apply the eyeball technique to pinfish. They are the most abundant forage fish species in the Gulf’s seagrass beds, where their grazing helps keep those grasses healthy, and their waste acts as fertilizer. Pinfish are food for tarpons, snook, snappers, and several species of groupers. 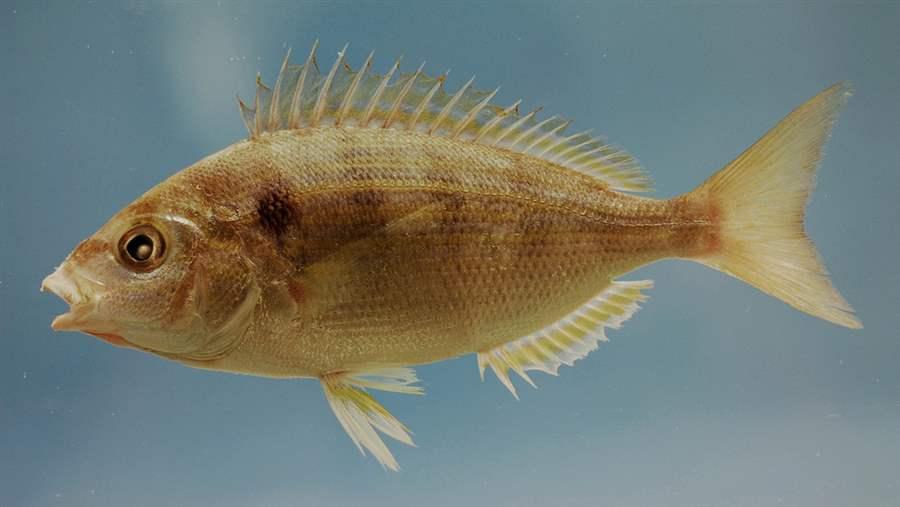 Pinfish, which grow up to 10 inches long and typically weigh less than a pound, are the most abundant forage fish species in the Gulf of Mexico’s seagrass beds.  They are food for marine predators ranging from snappers and groupers to sharks and birds.

“Pinfish are like candy for these predators,” says Faletti. She and other graduate students have been using the eyeball approach, which USF researchers pioneered, on a number of species.

She will focus on four Gulf estuaries—Charlotte Harbor, Big Bend, Tampa Bay, and Apalachicola Bay—to document where pinfish  spawn, when they move into and out of the estuaries, and whether populations from the four places have the same migratory habits. 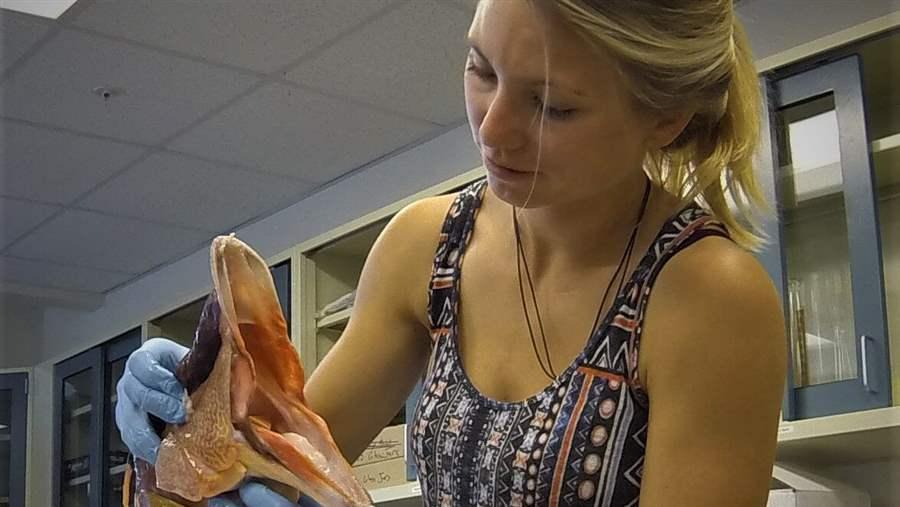 Meaghan Faletti examines a hogfish at the marine biology lab at the University of South Florida. She analyzes ear bones, eye lenses, and muscle and liver tissue samples to determine the fish’s age and other data, including where it was spawned.

In 2015, the Florida Fish and Wildlife Conservation Commission (FWC) adopted  a resolution making forage fish a priority and pledged to support scientific research and management that would “ensure sufficient abundance and diversity of forage fish populations” to keep marine ecosystems healthy. Commissioners also promised to take action if those populations decline.

After adopting the resolution, experts formed the Florida Forage Fish Research Program—a public-private partnership of the Florida Forage Fish Coalition, academic institutions, and the Fish and Wildlife Research Institute, which is the research arm of the FWC. The research program’s goal is to bring forage fish experts and graduate students together in the quest for more information about forage species and their predators.

Faletti is one of two students to receive the fellowship. She will work with USF assistant professor Chris Stallings and fellow graduate students Dinorah Chacin and Jonathan Peake. The other fellowship recipient is Edward Camp, a University of Florida postdoctoral student and newly appointed fisheries and aquatic sciences professor who will study the forage fish needs of red drum and gag grouper. 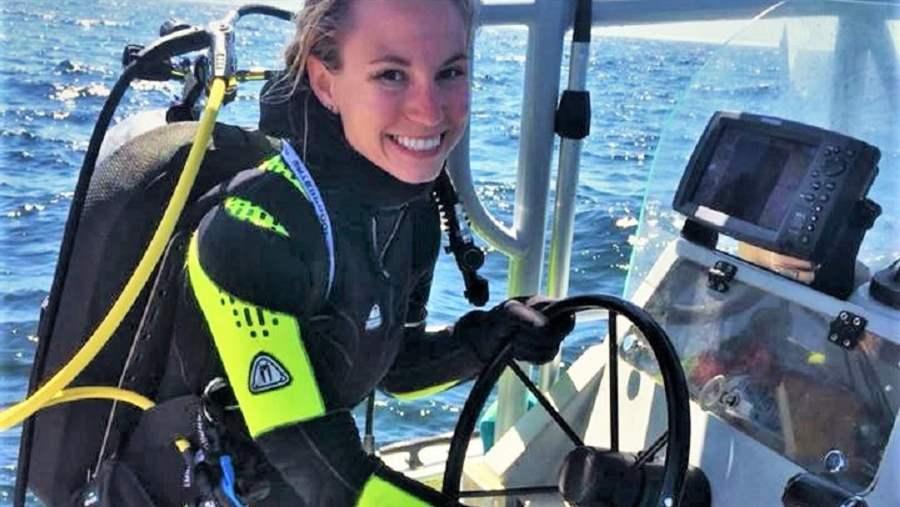 Meaghan Faletti maintains the position of the research vessel Fish Haven in 2014 as she prepares to survey artificial reefs as part of an effort to enhance fish habitat in the Gulf of Mexico. The boat was operated by the Artificial Reef Program of the Florida Fish and Wildlife Conservation Commission.

“I hope the research can contribute to finding better ways to protect forage fish species and the ecosystems in which they live,” Faletti said. “Healthy forage fish populations will facilitate a healthy food web, which is crucial here in Florida, where Gulf of Mexico fisheries have a profound influence on everything from culture and recreation to our economy.”