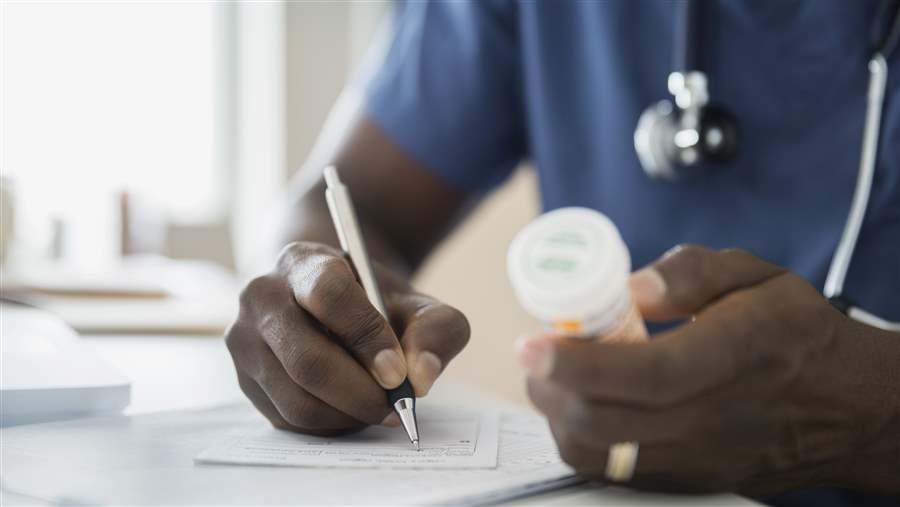 Recent research from the Centers for Disease Control and Prevention and The Pew Charitable Trusts shows that nearly 1 in 3 antibiotics prescribed at outpatient facilities—including physician’s offices, emergency departments, and hospital-based outpatient clinics—is unnecessary, amounting to 47 million prescriptions a year.

So why is there so much inappropriate prescribing of these lifesaving drugs? Many factors drive this unnecessary use, including:

Understanding the underlying behavioral drivers that contribute to inappropriate antibiotic prescribing can help guide the development of effective antibiotic stewardship. And some researchers have already started integrating behavioral science techniques into stewardship strategies, with some encouraging findings.

Deciding whether or not to prescribe an antibiotic can be a complex process, during which physicians are influenced not only by medical information, but also by their interactions with patients, the uncertainties that surround medical decision-making, and the organizational challenges of delivering care in busy outpatient settings. By understanding the factors that affect physicians’ antibiotic prescribing decisions and applying concepts from the social and behavioral sciences, inappropriate prescribing can be reduced—which in turn can reduce the threat of resistance.

What Drives Inappropriate Antibiotic Use in Outpatient Care?

Inappropriate antibiotic prescribing is common in outpatient settings across the United States. A recent study by the Centers for Disease Control and Prevention and The Pew Charitable Trusts found that nearly 1 in 3 antibiotics prescribed at outpatient facilities—including physician’s offices, emergency departments, and hospital-based outpatient clinics—is unnecessary, equaling 47 million prescriptions each year.

Like any medication, antibiotics carry certain risks. While they are critical to treating a wide range of conditions, from strep throat and urinary tract infections to bacterial pneumonia and sepsis, these drugs also increase a patient&rsquo;s chances of developing Clostridium difficile infections&mdash;which can result in life-threatening diarrhea&mdash;and can lead to adverse drug events, including allergic reactions.