Yearly swings in tax revenue can confound policymakers’ best efforts to balance state budgets. These fluctuations vary greatly across the 50 states. Over the past two decades, Alaska has faced by far the greatest volatility in total tax revenue, while South Dakota has experienced the least, not counting revenue swings caused by tax policy changes.

Revenue volatility differs across states because each relies on a unique mix of tax streams. Individual tax streams experience different fluctuations from year to year, contributing to a state’s overall revenue volatility. Between fiscal years 1997 and 2016, corporate income taxes and severance taxes on oil and minerals were consistently more volatile than other major state taxes, such as those on personal income and sales of goods and services.

Although states can raise or lower tax revenue by changing tax policies, the underlying volatility of individual tax streams is often driven by factors outside policymakers’ control. These include economic factors—such as the mix of industry, natural resources, workforce, and population growth—as well as federal budget changes and unforeseen events, such as natural disasters. For example, falling energy prices have led to more volatile severance tax revenue in all nine states where it was a major levy.

In this analysis, The Pew Charitable Trusts removes the estimated effect of state tax policy changes to calculate a volatility score for the underlying trends in each state’s overall tax revenue and major taxes—those that account for at least 5 percent of its tax revenue on average over the past decade. The scores measure the variation in year-over-year percent changes between fiscal 1997 and 2016, based on a calculation of standard deviation. A low score means that revenue levels were similar from year to year, and a high score indicates that revenue grew or declined more dramatically.

Nationwide, overall state tax revenue had a volatility score of 5.0 for the 20 years ending in fiscal 2016, unchanged from 2015’s score. This means that total tax revenue across the states typically fluctuated 5.0 percentage points above or below its overall growth trend. Tax revenue was more volatile than the national benchmark in 30 states and less so in 20 states.

In general, two factors work in tandem to influence a state’s overall revenue volatility: how dramatically each tax stream changes from year to year and how heavily a state relies on each revenue source.

For example, the three states with the highest overall scores—energy-rich Alaska, Wyoming, and North Dakota—collected the greatest share of their tax dollars over the past 10 years from highly volatile severance taxes. Yet Texas, the largest oil producer in the nation, ranked in the middle of states for overall revenue volatility even though its severance tax revenue was more volatile than any but Alaska’s. The crucial difference is that severance tax accounted for less than 10 percent of Texas’ total tax collections over the past decade, compared with 65.1 percent of tax revenue in Alaska, 40.1 percent in North Dakota, and 38.8 percent in Wyoming.

Similarly, in the 24 states where corporate income tax was a major source of tax revenue, it was the most volatile major source in 19. However, its average share of total tax revenue was under 10 percent in 22 of these states.

Although volatility complicates the already difficult tasks of revenue forecasting and budgeting, it is not inherently bad. When receipts are higher than anticipated, states can improve roads and bridges, pay down debt, or build up reserves. But periods of unexpectedly high revenue may just as easily be followed by years of unanticipated low revenue that prompt spending cuts or tax increases to make ends meet.

By studying volatility, policymakers can better determine their own budgetary risk and put in place evidence-based savings strategies that harness tax growth in good years to cushion the lean years. These strategies include depositing one-time or above-average revenue into a rainy day fund, dedicating these balances to explicit, narrowly defined spending purposes, and setting withdrawal policies that encourage the well-timed use of reserves. States can also reduce fiscal uncertainty by restricting spending from particularly volatile tax streams. Revenue from these streams could instead be deposited in longer-term savings accounts or sovereign wealth funds, as several natural resource-rich states do. These policies can help stabilize budgets and aid policymakers in planning for the long term. 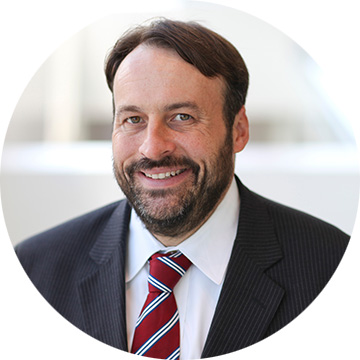