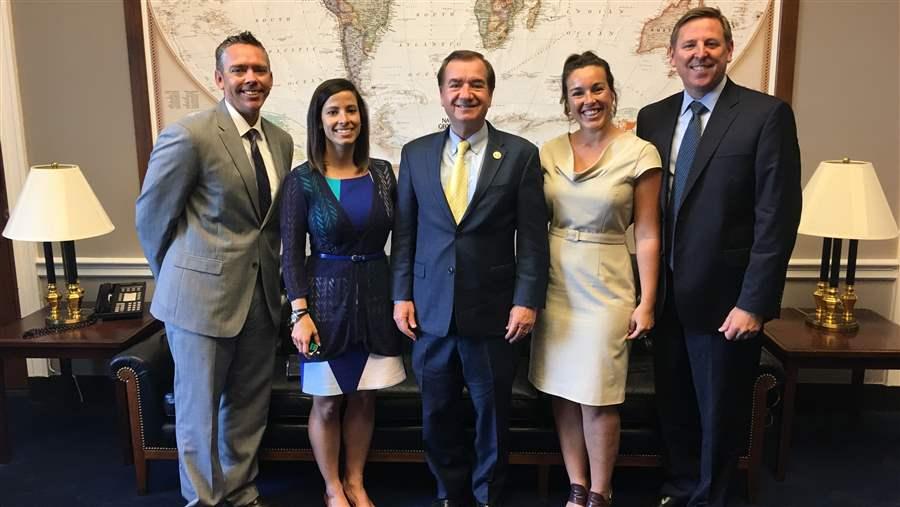 Seeking help from Congress to fix the National Flood Insurance Program (NFIP), which is nearly $25 billion in debt, a group of state leaders, floodplain managers, business representatives, and first responders from around the nation came to Washington to ask their representatives to act. The flood insurance program, up for reauthorization in September 2017, provides federally backed coverage for homeowners and small businesses in more than 22,000 U.S. communities and is administered by the Federal Emergency Management Agency (FEMA).

Floods are the most common and costly natural disasters in the U.S., causing billions of dollars in damage every year. But, experts point out, those recovery and repair bills could be lowered significantly if communities, businesses, and homeowners took certain steps to anticipate and mitigate flood impacts.

These and other issues came up repeatedly during the visitors’ discussions on Capitol Hill. Here’s a sample of what the local leaders had to say.

“If you think an area isn’t going to flood again and then it does, you want to move those people out of there for their own safety.”
—Roger Lindsey, Nashville floodplain administrator and program manager for Metro Nashville Water Services, who has worked for more than 40 years on water, wastewater, and stormwater issues in Tennessee

“There is no federal standard for disclosing flood history during real estate transactions. We have one for lead-based paint but not for floods. Given that purchasing a home is usually the largest investment in one’s life, we should [require] disclosure of flood history to protect consumers and give them the information they need to make a more informed decision.”
—Chris Sells, member of the Alabama state House of Representatives, Montgomery, Alabama 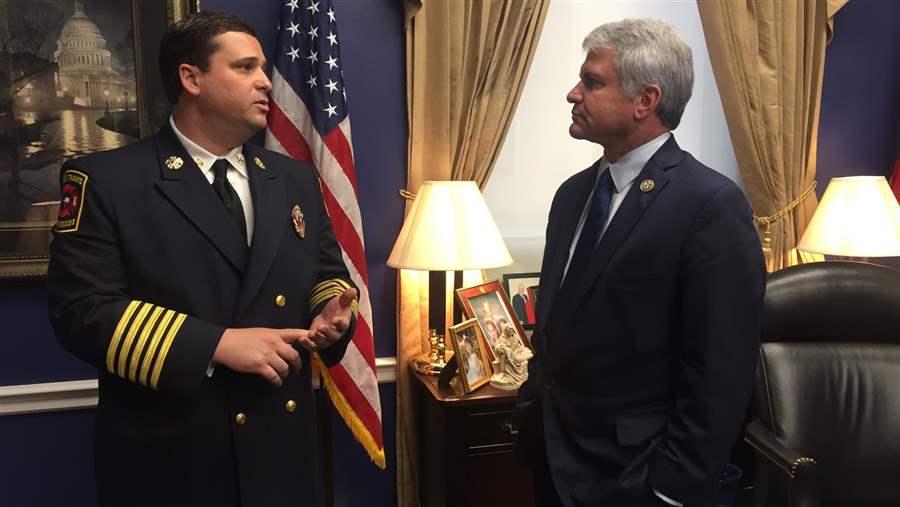 “Most of us know where the potentially flooded areas of our communities are and the homes or small businesses in those areas. No clear-thinking consumer wants to buy a house with a sinkhole under it or a house that floods. That is why it is important to ensure that homeowners have a full understanding of their flood risk, including location in flood hazard zones, behind potentially dangerous dams or levees, previous federal disaster assistance, and requirements to carry flood insurance.”
—David Stokes, executive director of Great Rivers Habitat Alliance, St. Louis, Missouri

Members of Congress now have three months to decide how they will act when the NFIP comes up for reauthorization. The Pew Charitable Trusts joins the many local leaders calling for smart reforms that can help bring this program back to solvency—and better serve communities in all 50 states that will be dealing with flooding far into the future.