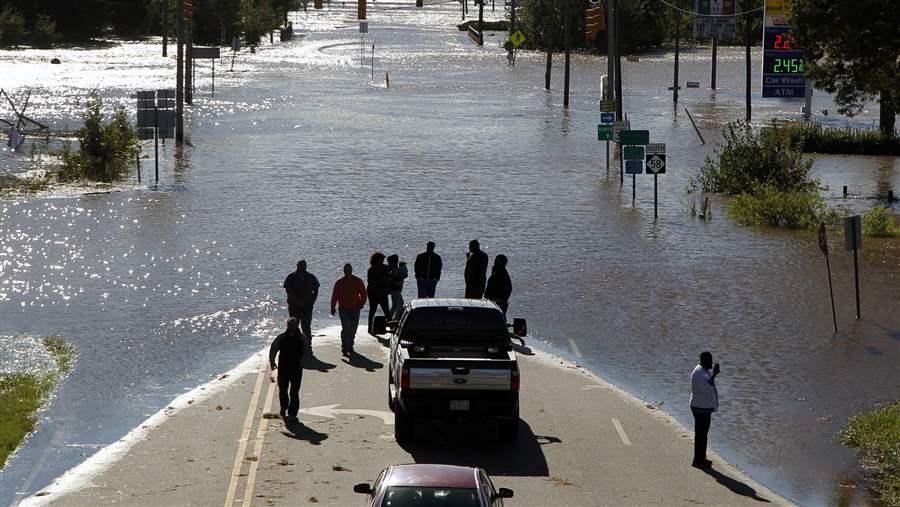 Onlookers stand at the edge of floodwaters washing over Highway 58 in Nashville, North Carolina, in October 2016. Hurricane Matthew's torrential rains triggered severe flooding in the state, where thousands of people had to be rescued from their homes and cars.

Flooding is the costliest and most common natural disaster in the U.S., claiming lives, inflicting financial losses on households and businesses, and straining the government agencies that provide flood response and relief. From 1980 to 2013, flooding cost Americans more than $260 billion in damage; from 2006 to 2015, federal flood insurance claims averaged $1.9 billion annually. The pattern continued in 2016, with the federal government declaring 36 disasters involving floods or hurricanes. As of the end of December, the damage from four of the storms that triggered those declarations was estimated to exceed $1 billion each.

As a result, the Federal Emergency Management Agency on Jan. 17 reported a $4 billion loss for 2016 and revealed that it had borrowed $1.6 billion from the federal Treasury to pay National Flood Insurance Program (NFIP) claims. We start 2017 with the program nearly $25 billion in debt. Here are some of the numbers behind that story. 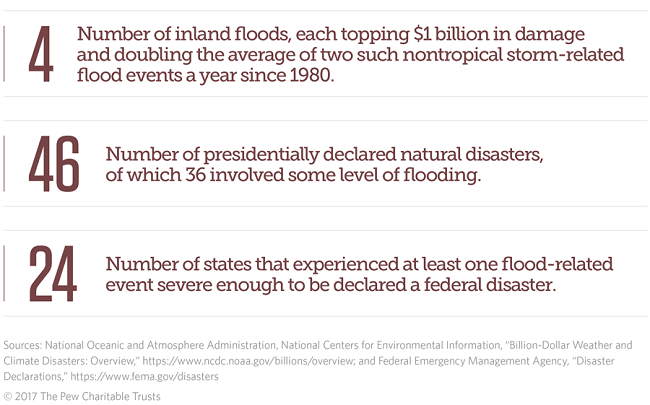 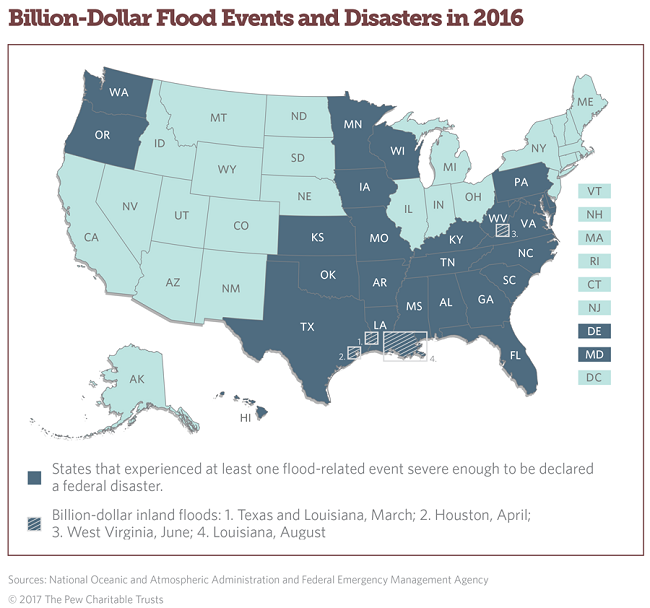 It is critical for the nation to prepare before natural disasters occur in order to increase safety, protect property, and decrease costs. At the federal level, Congress must support increased investment in pre-disaster mitigation as well as in innovative strategies to help reduce costs and save lives in an era of catastrophic weather.

Spending on mitigation now will save lives and taxpayer dollars

As natural disaster costs continue to climb, homeowners, communities, and the federal government will be challenged to make wise financial investments that will help save lives and lower the costs of future storms.