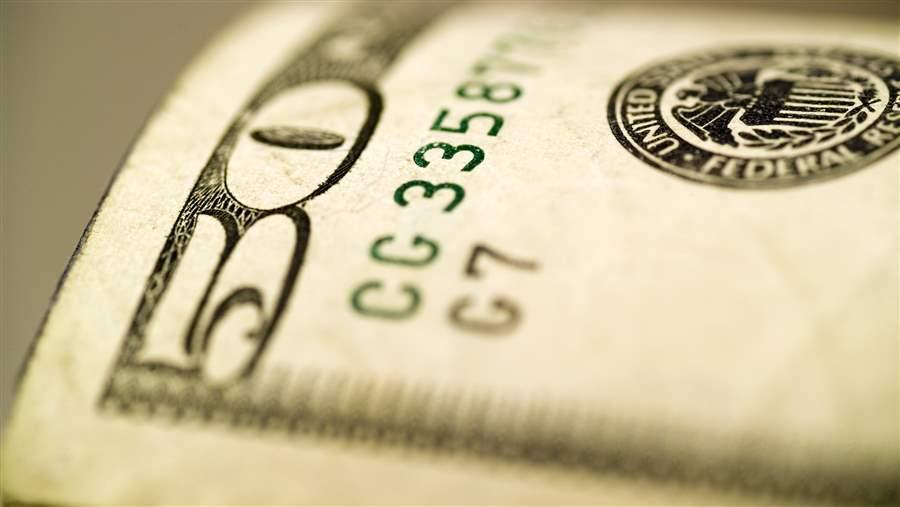 June marks the one-year anniversary of the release of the Consumer Financial Protection Bureau’s official Notice of Proposed Rulemaking for Payday, Auto Title, and Certain High-Cost Installment Loans. The CFPB received more than 1 million comments on the proposal. Pew’s research indicates that federal regulation is important, but the proposal misses the mark by allowing 400 percent interest rate loans to flourish while locking out lower-cost loans. In addition, two 2017 surveys from The Pew Charitable Trusts found that borrowers and the broader public consider prices for high-cost loans to be unfair, and 81 percent of borrowers would rather obtain loans through their banks and credit unions than from payday loan stores, which operate in 35 states today. (See figure below.) However, the CFPB has struggled to create a strong universal rule that covers all small loans, and in the absence of federal regulation, lenders are expanding their portfolios of high-cost products with unaffordable payments. Therefore, action by federal bank regulators and state lawmakers has become more urgent.

The CFPB’s rule can and should be improved, but the bureau’s limited authority means that it cannot solve all the problems of the small-loan market. State and federal policymakers could employ three key strategies, separately or in tandem, to create a healthier small-loan market that would save millions of borrowers billions of dollars each year and enable other lenders, such as banks and credit unions, to offer small installment loans to their customers at prices six times lower than payday loans. First, the CFPB should upgrade and implement the small-loan rule. Second, federal bank regulators should allow banks to make lower-cost small loans. And finally, states should improve their laws governing payday and other small loans. 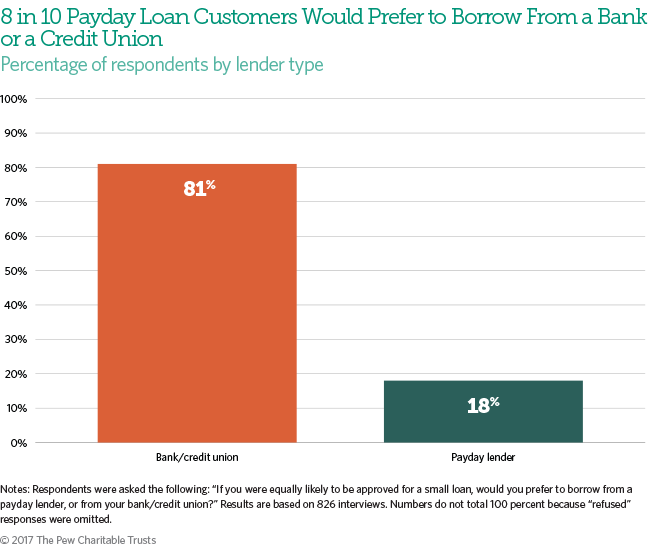 The CFPB should improve its draft rule

A key provision of the CFPB’s proposed rule, which would allow lower-cost bank and credit union loans, is in serious jeopardy despite strong support from majorities of bank branch representatives, borrowers, and the public. The 2015 draft of the rule included an option that would have capped payments for certain loans at 5 percent of a borrower’s income and was the only part of the proposal that would have enabled banks and credit unions to make lower-cost loans widely available to their customers. But in its revised 2016 draft, the CFPB removed this option, weakening the rule.

In the year since the bureau released that second draft, harmful products have proliferated. Mississippi lawmakers have passed a bill to introduce high-cost installment lending, the Oklahoma Legislature passed—but the governor vetoed—a similar measure, and the high-cost online lending market has continued to grow.

Pew analyzed the draft rule and outlined several ways in which it could be improved. Those recommendations have received broad support from banks and credit unions, researchers, and consumer advocates as well as borrowers and the public. The bureau should update its proposal to include these policy improvements and enact the final rule now to make the small-loan market safer and allow banks and credit unions to make lower-cost loans widely available to their customers.

The CFPB is not the only federal regulator that can enable lower-cost providers such as banks to enter the small-loan market, but it has the broadest authority over these products. A clear CFPB rule would provide the necessary framework and guidance to enable prudential bank regulators—the Office of the Comptroller of the Currency (OCC), Federal Reserve Board of Governors, Federal Deposit Insurance Corp., and National Credit Union Administration—to encourage responsible small loans from the institutions they oversee. Those loans would require some underwriting to offset any risk for banks and protect consumers. So to make loans with affordable payments viable for these lenders, other federal regulators will need to stipulate that automated underwriting is acceptable when the loans are offered to customers with accounts in good standing, regardless of whether the CFPB finalizes its rule.

Such action would increase access to safer, lower-cost loans and save consumers more than $10 billion a year compared with payday and other high-cost products. That would exceed—at no cost to taxpayers—annual federal spending on some major antipoverty programs, such as the Women, Infants, and Children’s Nutrition Program, which provides about $6 billion in food support to low-income households each year.

An improved final CFPB rule could curtail aggressive nonbank lenders wherever they operate, but current payday borrowers would fare even better if they were able to obtain safe loans in the first place within the mainstream banking system, where they already have accounts. (All payday customers have checking accounts, because lender access to those accounts is a loan requirement.) A number of banks have indicated their willingness to offer affordable small loans to their customers, and many have joined with consumer groups, faith leaders, and researchers to support a clear and simple rule that would make it possible for them to do so.

Even if the CFPB’s rule is finalized, it will leave many of the details—such as pricing, size limits, and other essential terms—to the discretion of the states. While the CFPB finishes its deliberations, payday lenders have been touting legislation to authorize high-cost installment loans in several states, including Arizona, Oklahoma, Indiana, Mississippi, and Tennessee, that would leave borrowers vulnerable to unaffordable payments, needlessly long loan durations, and other harmful practices, many of which would still be permitted under the CFPB’s proposal.

As an alternative, Pew has developed a model state law, based in part on Colorado’s successful 2010 payday loan reform, that includes four key features:

In the past year, lawmakers in Nebraska and Kansas have introduced legislation with these safeguards, and in Ohio, a reform bill introduced in March could save borrowers in that state at least $75 million per year.

Effective solutions are within reach, but policymakers must act now

In the event that the CFPB’s small-loan rule is not finalized, reform will be left up to prudential regulators and state lawmakers. These regulators, particularly the OCC, can and should offer guidance to financial institutions on how to provide safe and affordable small loans that would keep borrowers inside the banking system—a safer, well-regulated lending environment—while allowing banks and credit unions to innovate and provide credit at scale. In the meantime, nonbank lenders have shown that they will continue pushing harmful state legislative proposals and offering unaffordable products that cost borrowers billions each year in excessive fees. Proactive state lawmakers from both sides of the aisle can act now to save their constituents headaches and hard-earned dollars through reforms that include the four key features outlined above.

Nick Bourke directs The Pew Charitable Trusts’ consumer finance project. Tara Roche is an associate manager and Gabriel Kravitz is a senior associate with the project.

The Pew Charitable Trusts filed a letter with the Consumer Financial Protection Bureau on Oct. 7, 2016, to provide comments on its proposed small-dollar loan rule. Pew supports the bureau&rsquo;s efforts to reform the market for payday and similar loans by giving borrowers more time to repay. However, the letter also notes that the proposal would leave consumers at risk because it would allow lenders to make harmful and unnecessarily costly loans and fails to provide clear, firm guidelines that would enable lower-cost providers, such as banks and credit unions, to enter the market. Pew urged the bureau to amend its proposal by capping loan payments at 5 percent of a borrower&rsquo;s paycheck, which would reduce prices and improve affordability.