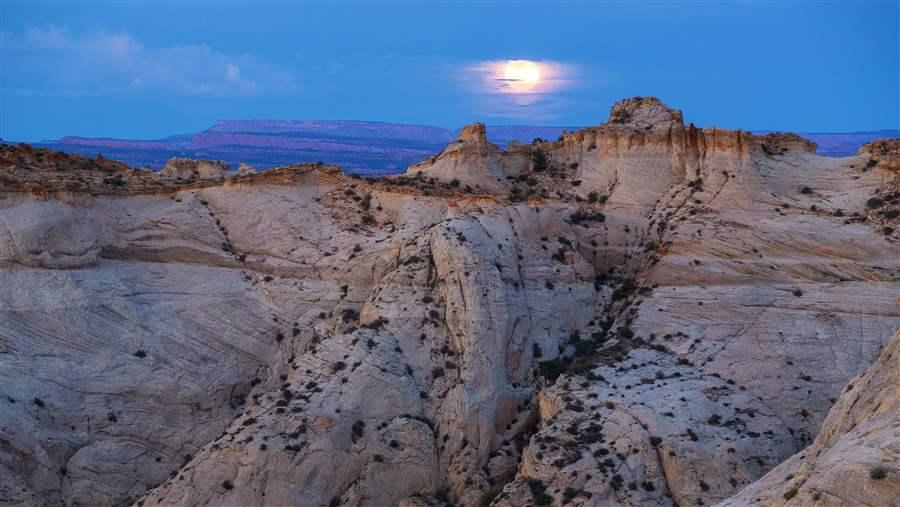 The Grand Staircase-Escalante National Monument draws its name from the appearance of a series of plateaus separated by cliff faces.

This is the Grand Staircase-Escalante National Monument, established two decades ago and heralded today as one of the premier hiking destinations in the world. But it, along with 26 other monuments, is under threat: President Donald Trump ordered Interior Secretary Ryan Zinke to review these monuments for possible changes or elimination. 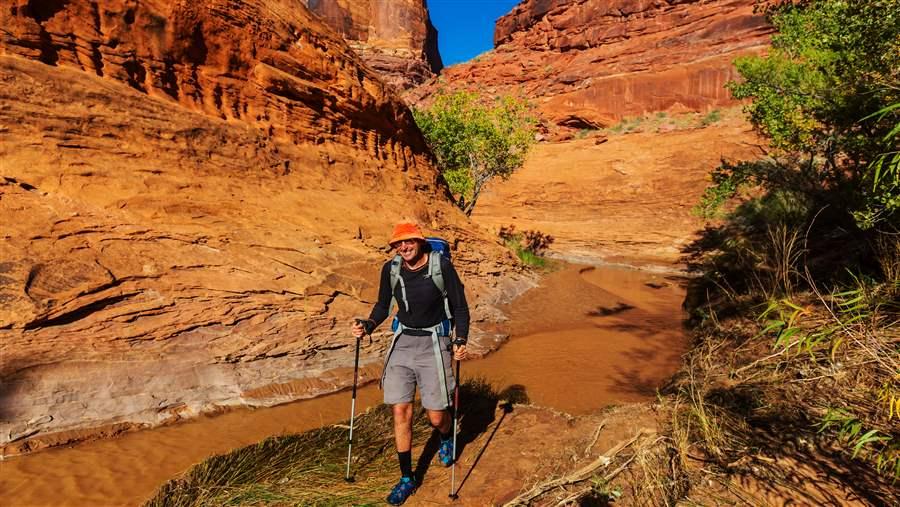 The Coyote Gulch trail winds through spectacular red-rock country to the Escalante River near Lake Powell.

Joe Sertich, a paleontologist with the Denver Museum of Nature & Science, calls the monument “the Shangri-La of dinosaurs” for the many skeletons of these enormous creatures that have been unearthed, including 21 species never before seen. The remains of the oldest, an 81-million-year-old tyrannosaurus—the Lythronax argestes—were recovered from the plateau in 2013. Opportunities for recreation and quiet solitude among its colorful slot canyons, graceful arches, towering cliffs and terraces, and natural bridges are unparalleled. 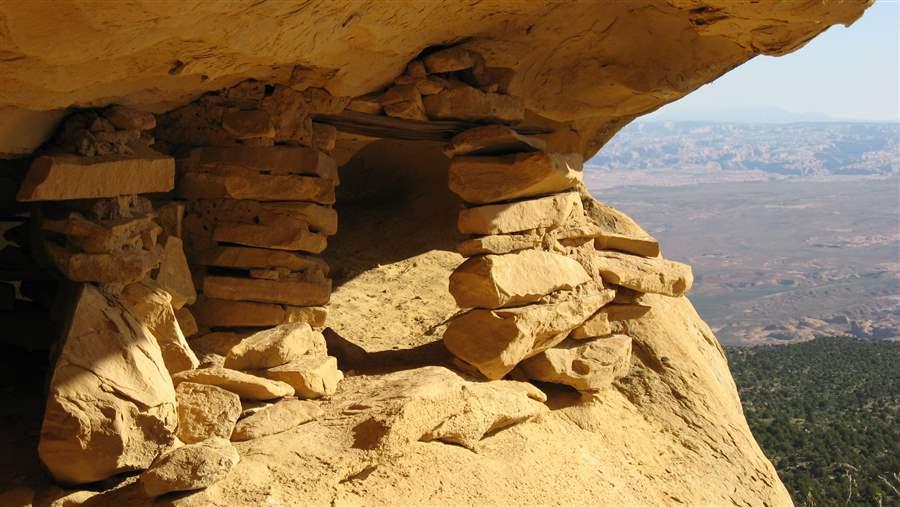 Hundreds of Native American sites are protected within the national monument, from early Anasazi and Fremont cultures to more recent Southern Paiute and Navajo.

Most Utahans believe that designation of the monument has benefited the state. An independent poll, conducted last year by the Benenson Strategy Group and Public Opinion Strategies for The Pew Charitable Trusts, found that twice as many Utah voters describe Grand Staircase-Escalante as a good rather than bad asset and 70 percent say it’s boosted the state’s tourism industry.

So it was no surprise that the head of the Escalante & Boulder Chamber of Commerce wrote recently that since the protection of the monument, “our local tourism industry in Escalante has grown and is thriving” and that the chamber “attributes the majority of our success to the attraction of the nearby Grand Staircase-Escalante National Monument.” 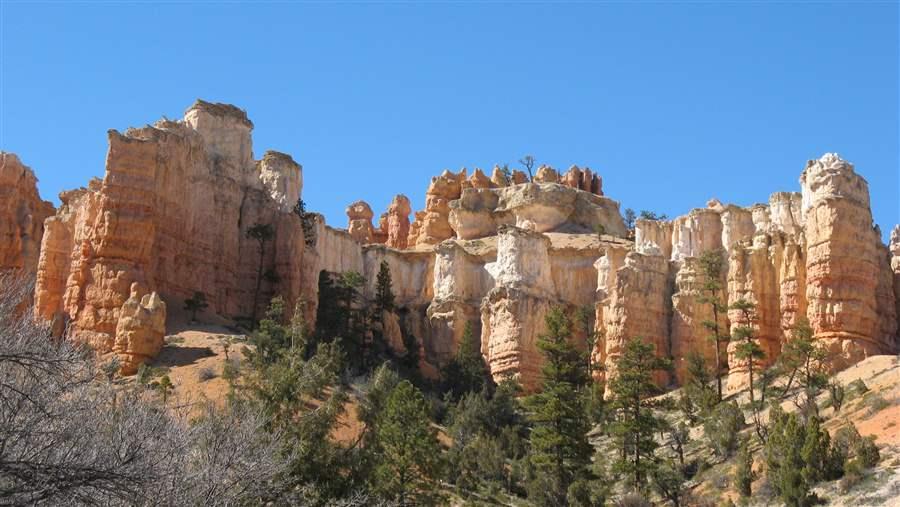 The colored bands found on sandstone canyon walls mark the passage of time.

Research released this month by Headwaters Economics found that since the Grand Staircase-Escalante National Monument was established, the number of jobs in the two counties surrounding the monument—Garfield and Kane—increased by 24 percent and real personal income rose 32 percent.

You have until July 10 to tell Secretary Zinke to preserve America’s monuments. Add your voice here.

Now, this economic engine and natural splendor are at risk because coal mining companies covet a deposit in the heart of the Kaiparowits Plateau. If the Trump administration cedes that area to the mining companies, bulldozers would forever degrade the allure of the monument—and hurt the surrounding communities that have grown to rely on the jobs and income it supports. The national monument is far more valuable for its sustainable economic benefits than the boom-and-bust cycle that mining its coal resources would provide for a couple of decades.

As the administration decides the fate of this incredible place, it would do well to listen to the advice of Donovan Symonds, a retired mining consultant and former president of the Coal Preparation Society of America. He shared his opinion last month in the Salt Lake Tribune, writing: “It does not make economic sense to open up the Grand Staircase-Escalante National Monument to coal mining. There is a time and place to develop a virgin coal project. This is neither the time nor the place. The coal deposit is in a high desert and very remote part of southern Utah with no paved roads or rail access.”

Managing our public lands should be about striking a balance among multiple uses and doing what makes the most sense in the long run. Grand Staircase-Escalante National Monument shows us that preservation and sound economics can work hand in hand to strengthen nearby communities, while ensuring that future generations of Americans will have a spectacular landscape to learn from and enjoy.