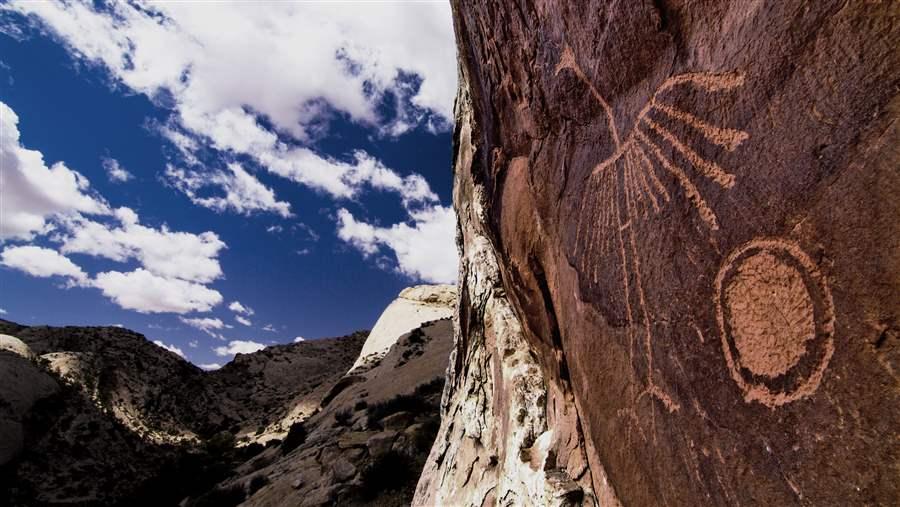 Utah voters support safeguarding  the Bears Ears area in the southeastern part of the state as a national monument by a significant margin, according to a new poll by Benenson Strategy Group and Public Opinion Strategies.  The survey, commissioned by The Pew Charitable Trusts, found that a clear majority—55 percent—supports the idea of protecting Bears Ears as a new national monument, while 41 percent are opposed.

By a margin of better than 2 to 1, Utahans also described the designation of Grand Staircase-Escalante National Monument two decades ago as a good rather than bad thing for their state.  Vast majorities believe it has had a beneficial impact on the state’s tourism industry (70 percent positive, 6 percent negative, and 15 percent no impact) and on Utah’s wildlife and environment (62 percent positive, 7 percent negative, and 17 percent no impact).    In the 10 years after the monument was established, the number of jobs in the area increased by 38 percent and per-capita income rose 30 percent, according to a 2011 study by Headwaters Economics.

The new survey found that nearly three-quarters of respondents believe that the economic benefits of protecting Bears Ears as a national monument are a very or somewhat convincing reason  for the designation.

Among the poll’s other key findings:

More than three years ago, Pew joined a public process that aimed to end three decades of uncertainty over whether to protect or develop public lands in eastern Utah. The initiative, begun by Representatives Rob Bishop and Jason Chaffetz, was an attempt to find common ground between conservation and development interests.

On July 14, the congressmen introduced the Utah Public Lands Initiative Act (H.R. 5780). Pew does not support the legislation as currently written, and we have outlined our concerns in a letter to the sponsors.

We believe that if H.R. 5780 cannot be improved and the legislation cannot be moved through the House and Senate in this last session of the 114th Congress, then President Barack Obama should use his authority under the Antiquities Act to protect the Bears Ears region as a national monument.

The poll offers further evidence of Utahans' support for preserving this special place for future generations.

The poll of 600 registered voters was conducted by a random-digit-dialing sample of landlines and cellphones between July 26-31 by Benenson Strategy Group and Public Opinion Strategies  and has a sampling error of plus or minus 3.94 percentage points.