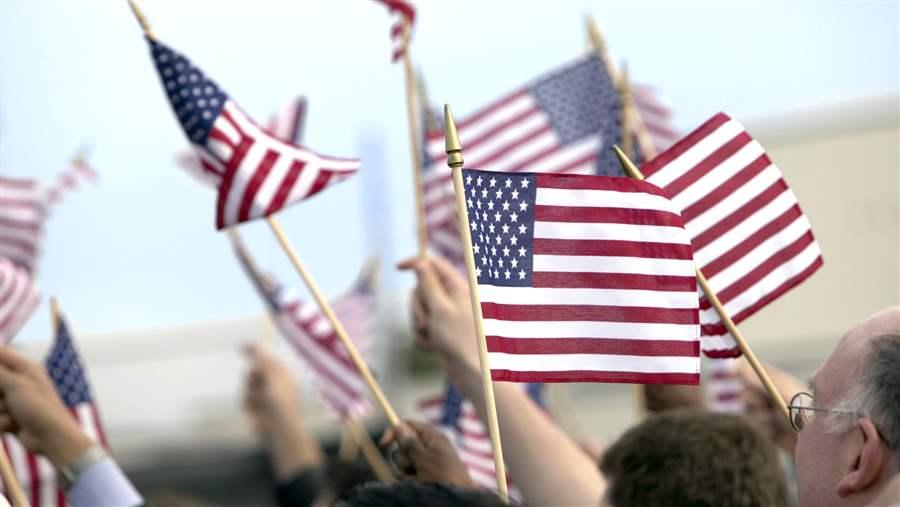 Every two years, following a federal election, the U.S. Census Bureau releases supplementary demographic information on who did and did not register to vote, as well as methods of registration. Last week, the bureau released data on the November 2016 election that demonstrate an expanding electorate and highlight important trends.

For the 2016 general election, the total registered population in the United States reached 157.6 million, an increase of almost 3 percent from the November 2012 figure of 153 million. However, the number of registrants as a proportion of the estimated citizen population remained roughly stable between the two elections: 71.2 percent in 2016 and 70.3 percent in 2012. The breakdown of 2016 registrants by age also was comparable to 2012: Approximately 55.4 percent of citizens ages 18 to 24 were registered to vote in 2016, compared with 53.6 percent in 2012. Among Americans age 35 and older, about 75 percent were registered to vote for each of the last two presidential elections.

Citizens continue to register or update their registrations most often at motor vehicle agencies, with 25.5 percent of individuals registering through Motor Voter, up just slightly from 24.2 percent in 2012. However, the proportion of registrations filed online more than doubled to 6.3 percent from 2.9 in 2012. Americans ages 18 to 24 were about twice as likely as those over 45 to register online, about 12 percent compared with 6.1 percent, respectively. As of this writing, 34 states plus the District of Columbia offer online voter registration.

Among those who registered online, almost six times as many (23.8 percent) had resided in their districts for two years or less compared with those who had lived in their districts for over three years (4.6 percent). Naturalized citizens make up less than 8 percent of registered voters, and like the registered population broadly, they were most likely to register at a motor vehicle agency, at a rate of 20.9 percent.

We will share analyses of additional components of the census data in the coming weeks.

Alexis Schuler is the senior director and Keara Castaldo is a senior associate for election initiatives at The Pew Charitable Trusts.