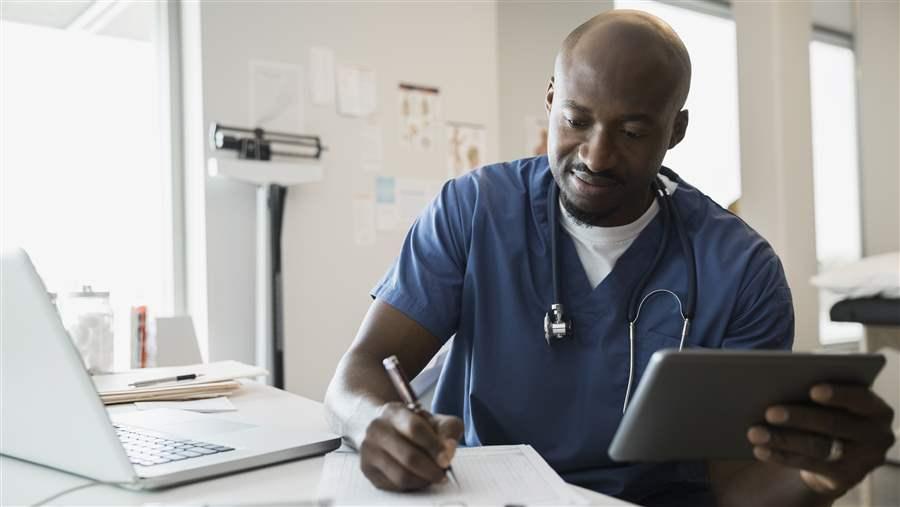 Researchers at Brigham and Women’s Hospital in Boston who are studying ways to improve the safety of cardiac stents and artificial joints have designed a system to track medical devices on insurance claim forms and detect problems with these products more quickly. The system documents in claims forms medical device identifiers, which indicate the manufacturer and model of a device used. Insurance claims are often used by researchers to study health outcomes, but they currently lack information on which devices are being implanted. Including device identifiers in claims would make it easier to quickly identify problems with medical implants.

The researchers, who described their process in a white paper funded by The Pew Charitable Trusts, found that documenting device identifiers in claims is “straightforward.” This can be done, they said, without incorporating this information in the chargemaster, a system that hospitals use to determine how much to bill for services. Some hospitals had feared that incorporating device identifiers in claims could require changes to chargemasters.

The researchers also highlighted the value of implementing a national standard to transmit the device identifier in claims forms. Otherwise, each hospital and health plan would have to separately negotiate a mechanism for exchanging this data. Pew and medical specialty societies, hospitals, patient organizations, health plans, and other stakeholders have advocated for such a standard.

Earlier this year, X12, the organization that establishes standards for claims transactions, recommended adding device identifiers to insurance claim forms. X12 is seeking public comment on the proposal, which would require federal regulations by the Centers for Medicare & Medicaid Services (CMS) to take effect. The proposal is supported by the CMS, the Food and Drug Administration, and members of both political parties, including Senators Chuck Grassley (R-IA) and Elizabeth Warren (D-MA), and Representative Bill Pascrell (D-NJ).

The researchers will send device identifiers to health plans as part of a project for the Patient-Centered Outcomes Research Institute, for which they are studying the incorporation of the identifiers in multiple hospital systems, including electronic health records.

But claims forms must be changed to capture important data

The Centers for Medicare &amp; Medicaid Services (CMS) and the Food and Drug Administration (FDA) have joined forces to push to include the codes&mdash;known as unique device identifiers (UDIs)&mdash; in Medicare claims.

A key advisory committee today recommended changes to enable the standard health insurance claim form to record the identifying codes for implanted medical devices&mdash;something long sought by hospitals, providers, health plans, and patient organizations. The X12 committee, made up of hospital and health plan billing administrators, proposed the revisions to the routine claims forms that hospitals submit to Medicare and private insurance companies, such as Aetna.