One of the longest U.S. economic expansions has lifted personal income in all states above pre-recession levels. But growth has varied, ranging from a constant annual rate of 0.8 percent in Illinois and Nevada to 4.5 percent in North Dakota. In the fourth quarter of 2016, year-over-year personal income growth weakened to the slowest pace in three years, due partly to ongoing weakness in energy and farm earnings.

Since the recession began, national growth in personal income has been slower than its historical pace. Estimated U.S. personal income increased by the equivalent of 1.7 percent a year from the fourth quarter of 2007 through the fourth quarter of 2016, compared with the equivalent of 2.7 percent a year over the past 30 years, after accounting for inflation.

States have recovered at different paces. Only in mid-2015 did the final state—Nevada—recoup its personal income losses and return to its pre-recession level, after accounting for inflation. Since the end of 2007, personal income in 18 states has grown faster than that of the nation as a whole.

Looking at recent trends, inflation-adjusted U.S. personal income rose by 2.1 percent in the fourth quarter of 2016 from a year earlier—the leanest one-year rate since the end of 2013, when personal income contracted, according to preliminary data. Personal income growth in 17 states outpaced the U.S. rate for the year that ended in the fourth quarter of 2016. Elsewhere, personal income fell in five states, as residents’ earnings dropped because of lingering weakness in the farm and mining industries. These results are based on estimates and subject to revision, as is Pew’s ranking of state growth rates. 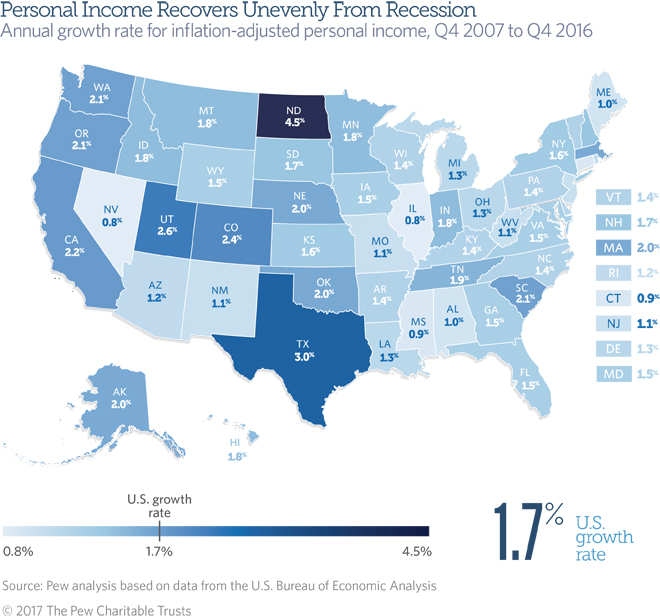 Trends in personal income from the recession’s onset in 2007 through the fourth quarter of 2016: 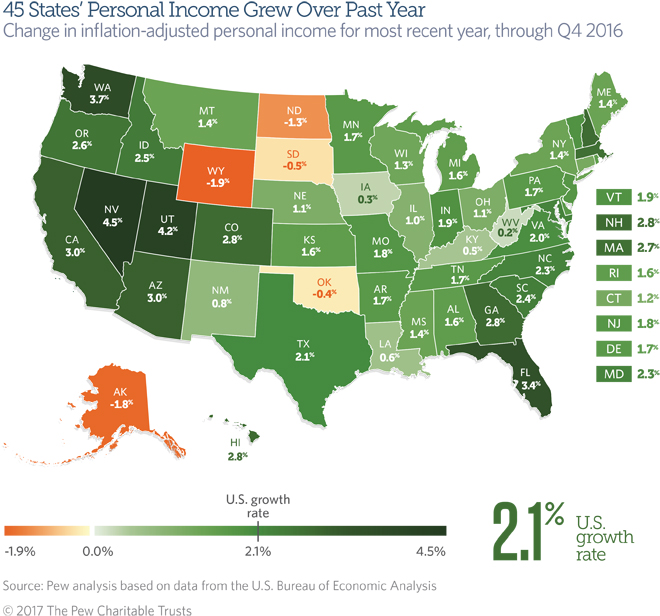 Trends in personal income for the fourth quarter of 2016, compared with a year earlier:

Personal income sums up residents’ paychecks, Social Security benefits, employers’ contributions to retirement plans and health insurance, income from rent and other property, and benefits from public assistance programs such as Medicare and Medicaid, among other items.

Looking at personal income per capita or state gross domestic product, which measures the value of all goods and services produced within a state, can yield different insights on state economies.

Download the data to see state-by-state growth rates for personal income from 2007 through the fourth quarter of 2016. Visit Pew’s interactive resource Fiscal 50: State Trends and Analysis to sort and analyze data for other indicators of state fiscal health. 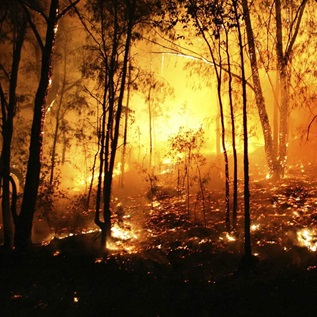