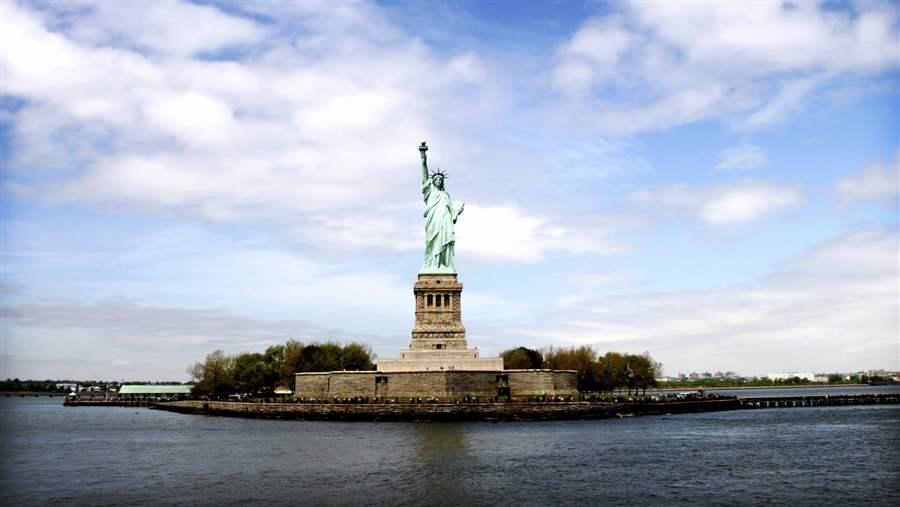 President Calvin Coolidge designated the Statue of Liberty as a national monument in 1924.

The International Day for Monuments and Sites (IDMS) is observed around the world April 18 to acknowledge the need for people to conserve “cultural heritage and to celebrate the diversity of that heritage.”

Although Congress can legislate national monuments, more have been designated by U.S. presidents under the authority granted by the Antiquities Act.  One of the nation’s most important conservation laws, the 1906 act has been used by eight Republican and eight Democratic presidents to safeguard sites and landscapes that celebrate and honor U.S. history.

From the Statue of Liberty in New York Harbor to the Harriet Tubman Underground Railroad on Maryland’s Eastern Shore to the ancient Montezuma Castle in Arizona, America’s national monuments have become part of the fabric of our identity. Many conserve incredible landscapes and help keep our air and water clean, while others preserve our past, connect us with our heritage, and spotlight the many strands of our backgrounds that tie us together as Americans.

Here’s a look at some of the nation’s monuments honoring America’s diversity, thanks to the Antiquities Act. 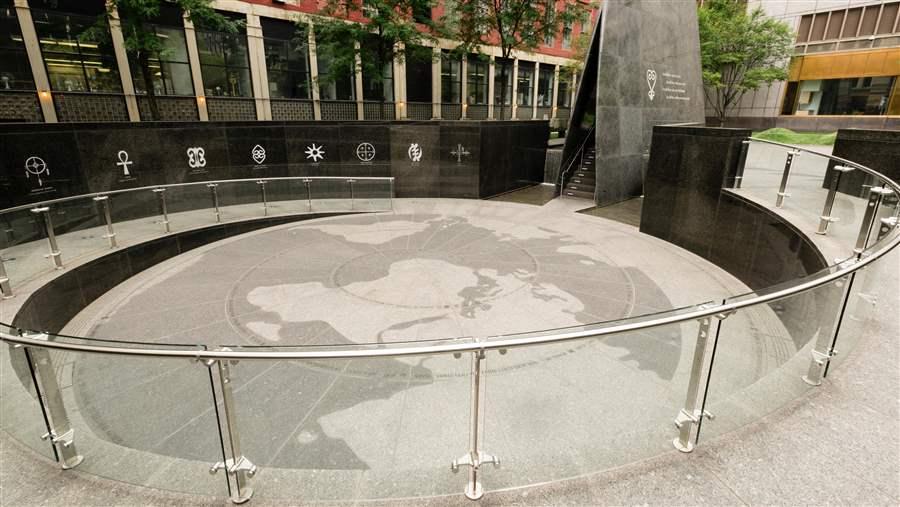 A visitor center and memorial at New York’s Ted Weiss Federal Building honor the history of Africans and their descendants in the city.

The African Burial Ground National Monument, designated in 2006 by President George W. Bush, was the first monument to memorialize the struggles that Africans and their descendants faced in America.

In 1991, archaeologists uncovered 419 sets of human remains during construction of the Ted Weiss Federal Building in Lower Manhattan. Early maps indicated that the site was part of a 6.6-acre cemetery that scientists and historians estimate holds the remains of approximately 15,000 17th- and 18th-century African-Americans. 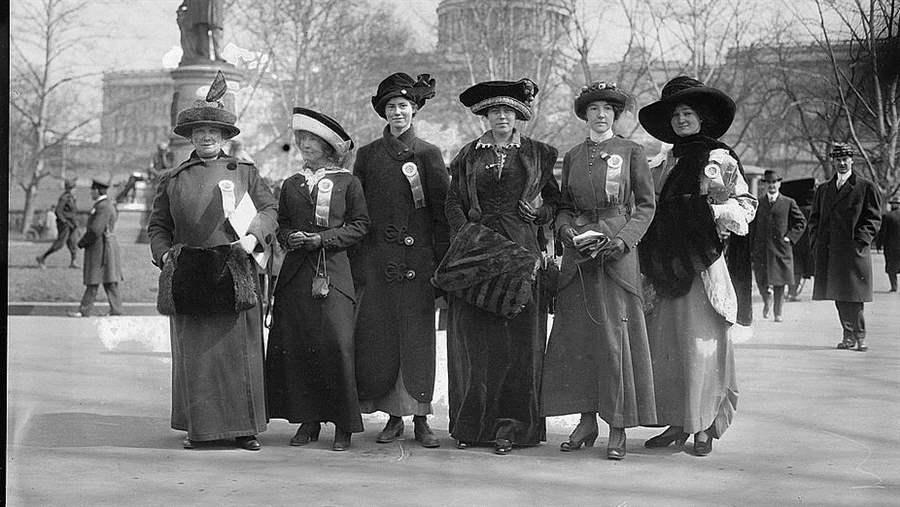 Standing in the shadow of a U.S. Senate office building on Capitol Hill, a circa 1800 red-brick structure marks a monument to women’s equality.  The Sewall-Belmont House, home to the National Woman’s Party from 1929 to 1997, is where women’s suffrage and rights leader Alice Paul wrote language for the Equal Rights Amendment (ERA) and led the push for equality.  The ERA was introduced in every Congress from 1923 until its passage in 1972 but fell short of ratification by the states. 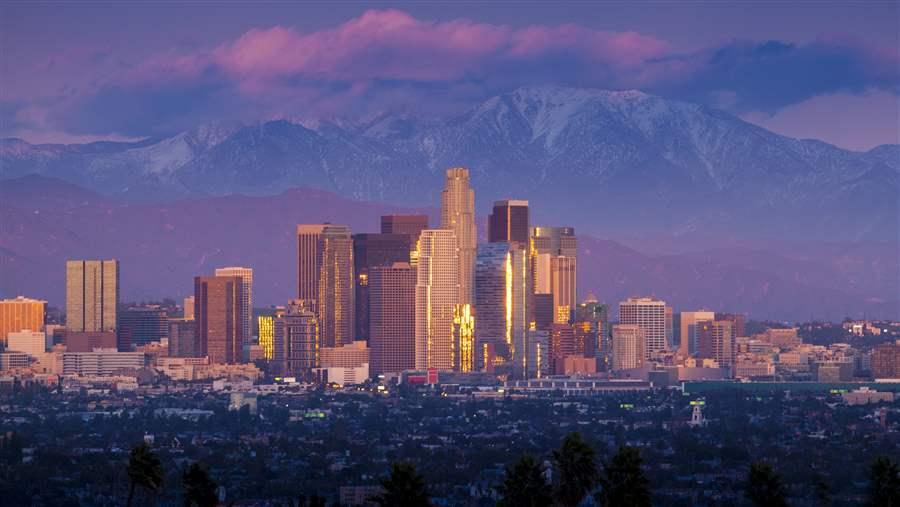 The San Gabriel Mountains are the backyard of some 17 million Los Angeles area residents.

The San Gabriel Mountains National Monument grew from the community’s interest in safeguarding this majestic mountain range, which had been threatened by population pressures, increased recreational use, and insufficient management resources. The area preserves the Mount Wilson Observatory, the Mount Lowe Railroad, and the rich multicultural history of the San Gabriels, including many Native American archaeological sites.

Supporters of the San Gabriel Mountains National Monument represent the diversity of modern California and include immigrants and their descendants living in the heart of Los Angeles who enjoy the clean air, natural landscapes, and open spaces just a few miles from home. 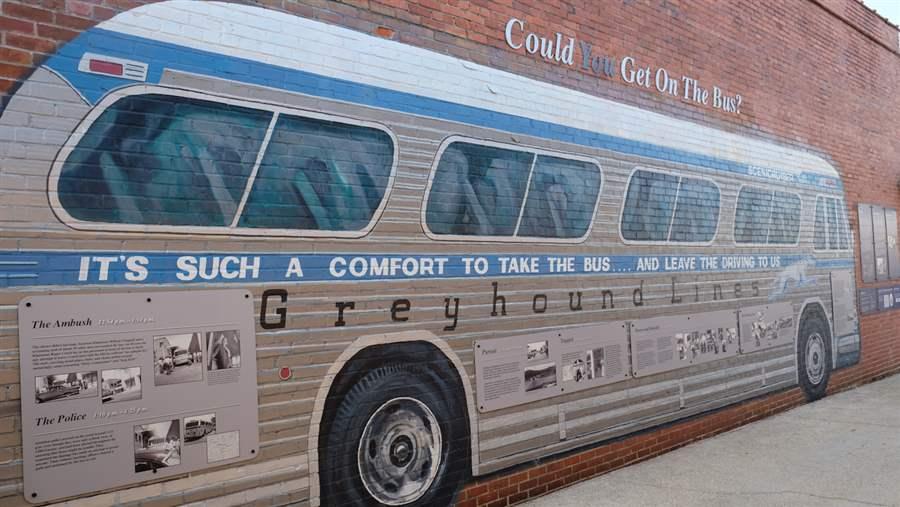 A mural and an education center are part of Freedom Riders National Monument, which recognizes Alabama sites that were critical to the bus-riding advocates for civil rights.

© Department of the Interior

In May 1961, a group of 13 civil rights advocates boarded two buses and departed Washington for New Orleans to challenge the racial segregation of interstate travel. The riders were attacked in Alabama, and the ensuing violence in Anniston, Birmingham, and Montgomery was splashed on the front pages of newspapers across the United States and spurred many people to join the fight against racial inequality.

Throughout the summer of 1961, the 13 Freedom Riders grew to number over 400. Their efforts put a spotlight on Southern segregationists’ blatant disregard for Supreme Court rulings and resulted in the federal government banning segregation in interstate bus travel. 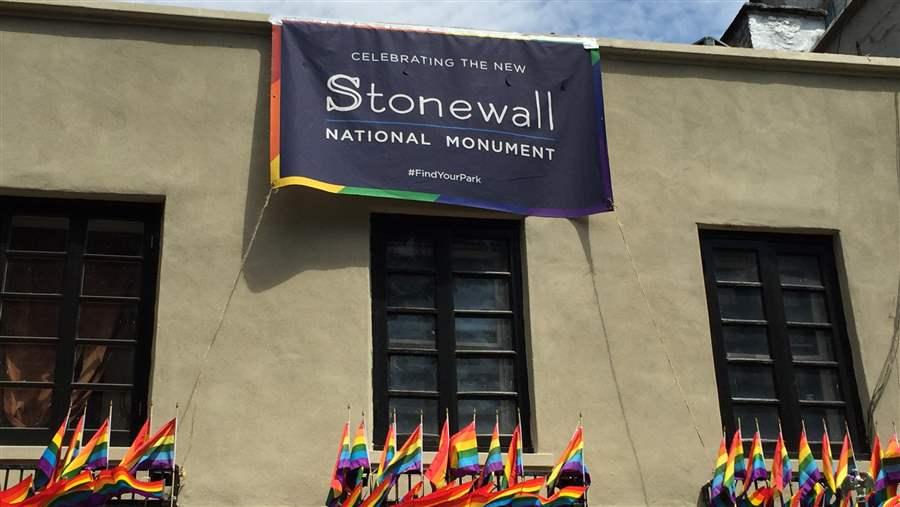 The Stonewall Inn in New York is decked out for its national monument designation ceremony.

On June 28, 1969, the New York City police raided the Stonewall Inn, a gay bar in Greenwich Village.  Although such raids were common, the response on this June night was not. Instead of fleeing, the bar’s patrons and neighbors took to the street and fought back, ultimately numbering in the thousands. The uprising galvanized the struggle for the civil rights of lesbian, gay, bisexual, and transgender (LGBT) Americans and is considered the “single most important event that led to the development of the modern LGBT civil rights movement.” 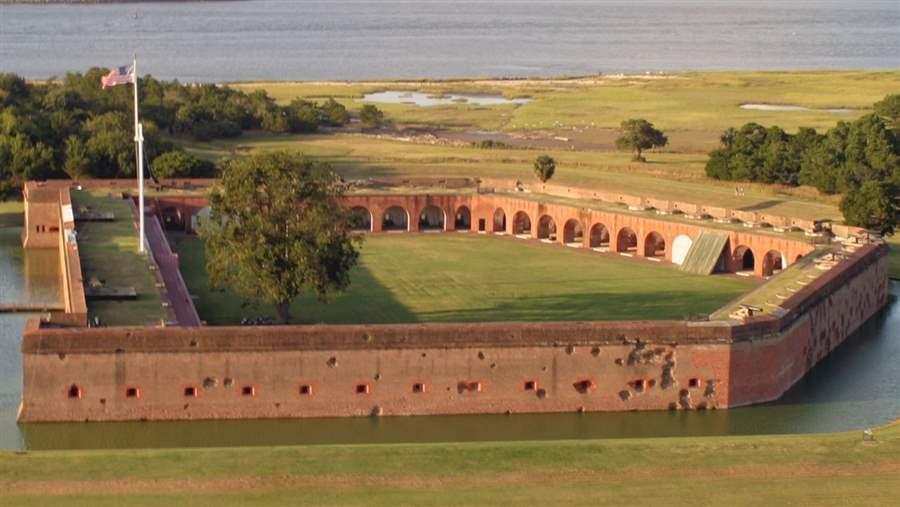 Georgia’s Fort Pulaski was a Confederate stronghold, a military prison, and a destination on the Underground Railroad.

Fort Pulaski National Monument is named after Revolutionary War hero Casimir Pulaski, known as one of two “Fathers of the American Calvary.”

Built after the War of 1812 to protect the United States from foreign attacks, Fort Pulaski was thought to be invincible because of its 11-foot-thick walls, but this changed during a pivotal Civil War event. When the state of Georgia seceded from the Union in 1861, Confederates took over the fort. The Union Army surrounded them in April 1862, and the Confederates assumed that the fort would hold off an assault, but it proved no match for advancements in projectile artillery. The Confederates surrendered after a sustained bombardment.

The fall of Fort Pulaski eventually halted shipping in and out of Savannah, which ultimately crippled the Southern war effort. Throughout the remainder of the Civil War, Fort Pulaski served as a destination on the Underground Railroad and as a military prison. 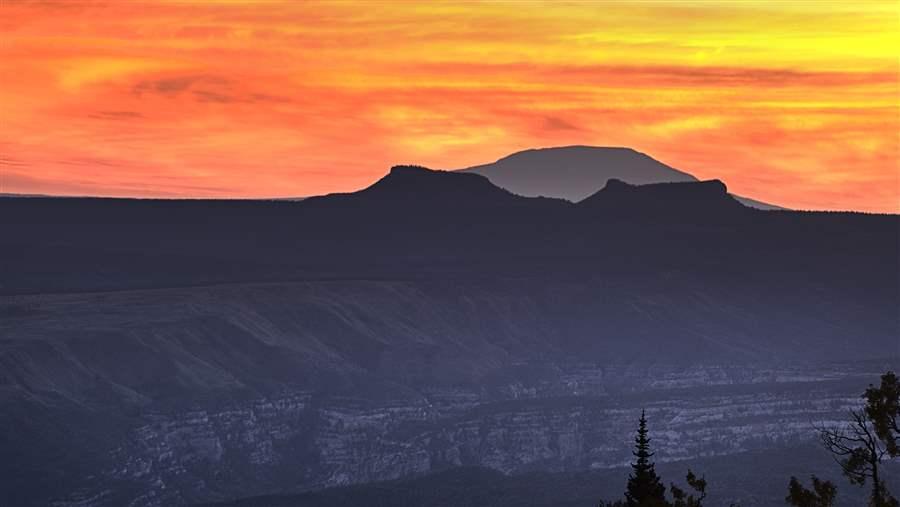 In southern Utah, the Bears Ears area sustains a traditional Native American way of life and harbors tens of thousands of archaeological sites, including cliff dwellings, underground pit houses, and rock art panels. This place is so sacred to Native Americans that 30 tribes—led by the Hopi Tribe, the Navajo Nation, the Ute Mountain Ute Tribe, the Pueblo of Zuni, and the Ute Indian Tribe—joined in proposing that Bears Ears be designated a national monument to honor their connections to the land and to protect priceless cultural resources.

Few places remain in the U.S. where so many well-preserved cultural sites can be found in the solitude of a beautiful backcountry setting. 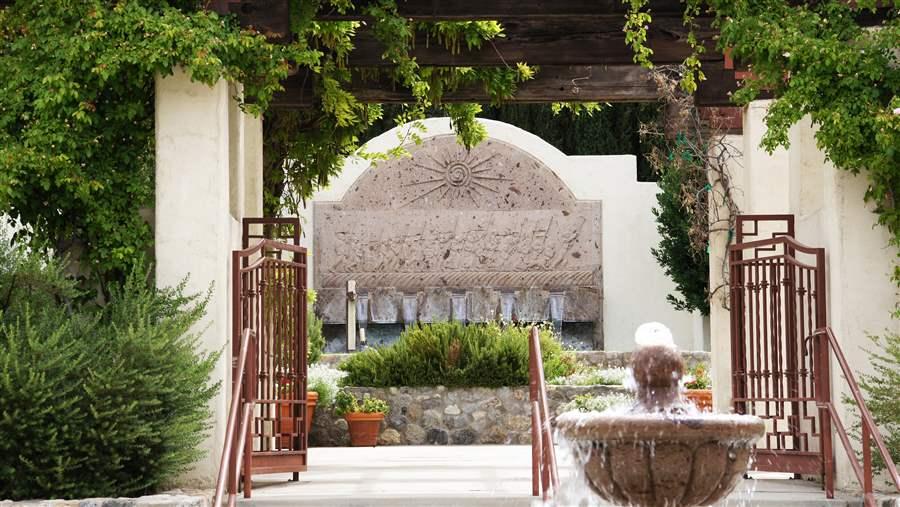 Honoring the memory and work of César E. Chávez, the national monument—the first site to honor a contemporary Latin American—recognizes the 20th-century labor, civil rights, Chicano, and environmental movements. Millions of Americans supported the effort to improve the working and living conditions of farm laborers.