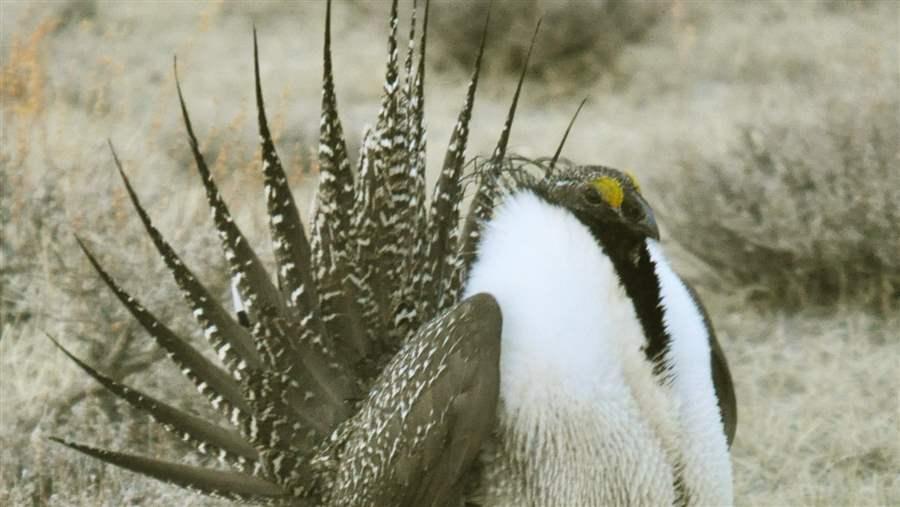 If you want to know how healthy a species’ habitat is, check in with a sportsman. Hunters and anglers are usually the first to sound the alarm on a natural habitat’s viability, because any changes will quickly affect their activities. Likewise, the greater sage-grouse is an indicator species for the overall health of the West’s sagebrush region, which stretches across 11 states—the Dakotas, Montana, Wyoming, New Mexico, Nevada, Idaho, and parts of Oregon, Washington, California and Colorado.

That’s why conserving these birds’ habitat is supported by 9 out of 10 hunters, according to a 2014 Southwick Associates survey for the National Wildlife Federation.   A 2015 independent poll commissioned by The Pew Charitable Trusts revealed strong bipartisan support for conservation of sagebrush habitat among people living in the region, even if it means restricting some energy development. 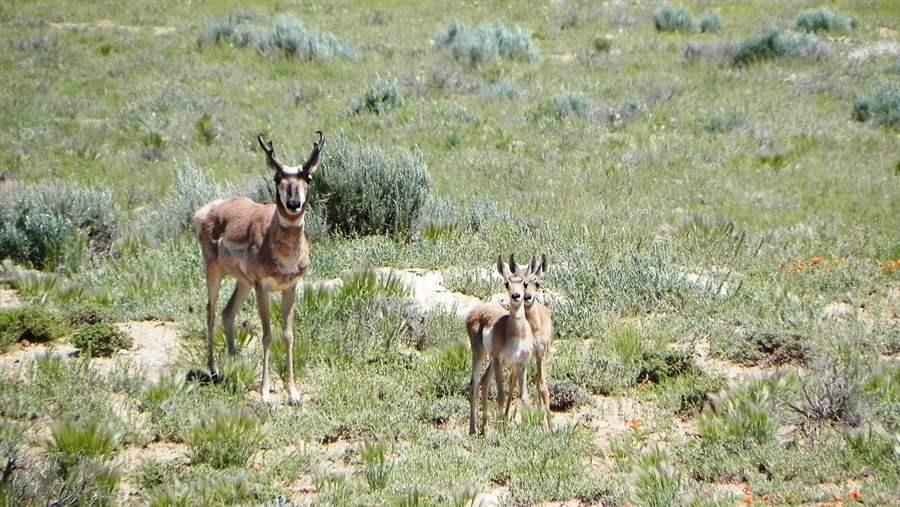 The pronghorn is one of more 350 species that make their homes in sagebrush country.

Similarly, ranchers believe that protecting sage-grouse habitat benefits their grazing operations by ensuring that enough grass remains to sustain their herds. This concept is summarized in a phrase popular with many local ranchers across the intermountain West: “What’s good for the bird is good for the herd.”

Through years of collaborative efforts—involving hunters, ranchers, energy developers, and conservationists, as well as local, state, and federal governments—Westerners worked with public land managers to craft historic sage grouse management plans in 2015 that protect the species, the habitat, and local livelihoods throughout the bird’s range.

These management plans were the product of extensive and exhaustive discussions with stakeholders to conserve habitat on more than 50 million acres from the Dakotas to California. The U.S. Fish and Wildlife Service determined that the plans contained sufficient conservation measures to make it unnecessary to list the sage grouse under the Endangered Species Act.

Interior Secretary Ryan Zinke has expressed interest in revisiting sage-grouse management planning, but the existing broadly backed plans should be given adequate time to work. The sage-grouse issue doesn’t need to be re-debated: Now is the time to support the work already done by stakeholders across the West.

Stakeholders need to implement tools, such as the sage-grouse management plans, to provide ongoing balanced management of public lands as well as resources for recreation, conservation, and development. Because 64 percent of sage-grouse habitat is on federal lands, it is important that state and local governments and the Departments of Interior and Agriculture work together to provide these types of multiple uses on public lands.

Although there is always room for improvement, we hope Secretary Zinke will join those who have worked on these plans to save the sage-grouse and conserve the sagebrush lands where enthusiasts hunt, fish, and enjoy the outdoors. The plans also provide for multiple uses across the inland West. 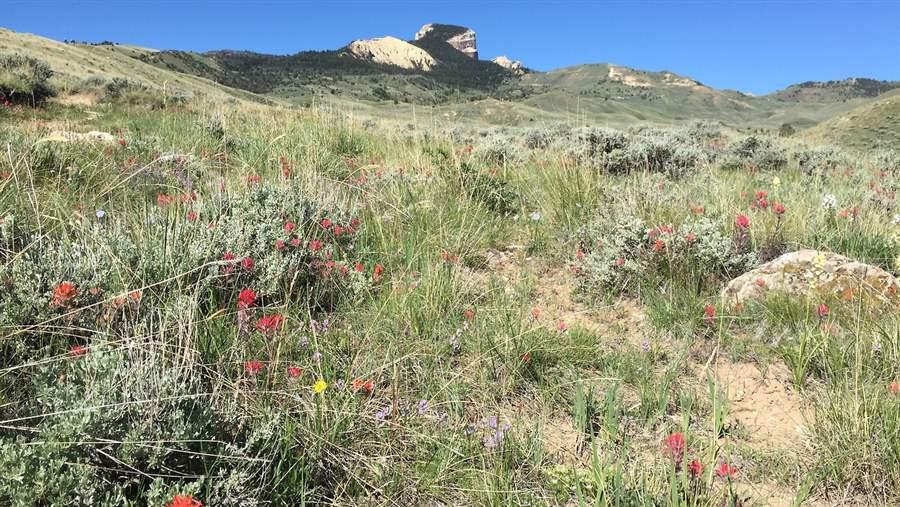 A report released in 2014 examined sage-grouse habitat on federal land, analyzing its potential for oil, gas, solar, and wind energy. Its key finding was that taking “a balanced approach and protecting the sage-grouse’s habitat—along with the hundreds of wildlife species and the numerous recreational uses that share the sagebrush ecosystem”—was compatible with continued energy development in the American West.

By adopting science-based conservation measures and frameworks across the sagebrush landscape, it’s possible to implement a proactive approach to strengthening the management plans for sage-grouse habitat.  These plans need to be supported and fully implemented so that Westerners can continue to set the standard on sound management and collaborative planning on their public lands.

There is time to protect the bird, the herd, and the habitat by continuing to build an approach that balances the needs of conservation, recreation, and development. But this can be done only if this historic coalition works together and sustains the collaboration with western stakeholders who have been at the table. Pew looks forward to continuing  to participate in this work based on shared interests and a shared outcome for conserving public lands and protecting the Western way of life, with its recreational opportunities and landscapes that are the backbone of our national character.